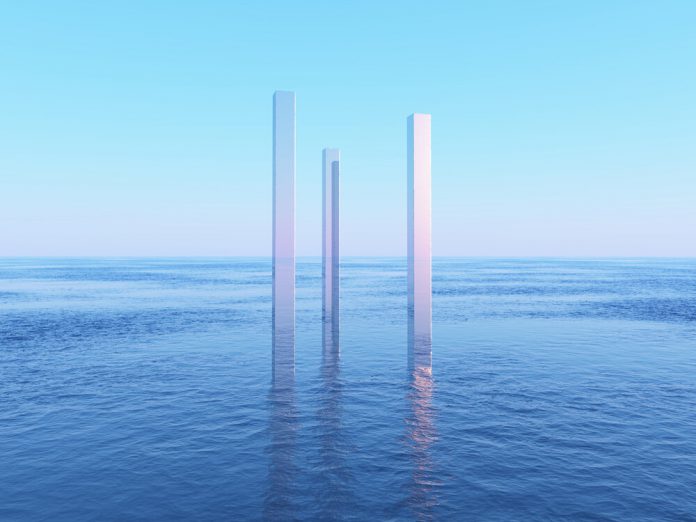 Majestic Casual’s Escape Everything evokes emptiness in all its positive glory!

This year, MajesticCasual returned to the compilation game with its latest release Escape Everything. In short summation – Escape Everything captures their popular YouTube mixes by the same name (volume 1 and 2), wraps them into a CD package, then thrusts a third brand new mix into the fray.

If you are super new to the label and want a broader history, we recommend you check out the sister post to this one. It will give you a good overview of what Majestic Casual does as a tastemaker and a brand.

For those who fancy a copy of the compilation in digital format, that’s no problem as it is on every major platform for consumption. Head over to their website to get your copy, press play to listen on Spotify, and read on as we explore the journey below.

As the name implies, Escape Everything is just that – a mix to escape from the moment to a less stressful self.

It is important to note though that this is not a mix for meditation like Above Beyond’s Flow State. Instead, the mix represents a calm day in a cabin in the woods in the fall or a fireside chat with close friends. It is a soundtrack that can be at once infinitely intimate and yet totally lost in the background.

There are some slight differences for the first two mixes from their YouTube counterparts.  First, they are both shorter in duration here. Altogether, there is a selection of songs that are simply omitted from this CD release, likely due to licensing restrictions for samples.  The first mix on YouTube was twenty-one songs, but here it is truncated to only twelve. The second mix is likewise shortened but not as drastically – twenty-three originally down to seventeen here.

The second item to realize about the mixes is that they are not continuous deejay mixes many compilations come as. This may or may not be a plus for you; it may work better to have the running playlist with you at all times. For me, at first, this was jarring, only because I expected it to be mixed but after a few tracks, I simply lost myself in the vibe each present.

The tastemakers behind the force seek some of the freshest of beats, but also the atmospheric sounds that fit any city in the world. However, discussing every track over the three mixes would be simply too daunting for this review.  Instead, let’s examine two tracks from each sonic adventure that capitalize on the specialty that Majestic Casual creates.

Craves serves up the second track on the entire compilation and does so wonderfully.

The chilled downtempo beats on “Got 2 Know” are perfect for the sun-soaked days or the breeze autumn winds in the mountains. Accented by vinyl scratches, hiss, pops, soft synth chords, and a groove-heavy bass line. With its slight vocal edits, it captures the ear and eases the mind into “unwind.”  Perfectly placed early in the compilation!

Lontalius delivers a sublime beauty of spoken word over mellow strums on a guitar on “Comfortable.”

The hook of the chorus, “I’d do anything to feel comfortable up here,” resonates so easily with anyone who’s gone through that awkward moment of feeling lost in a given situation – in short, it simply resonates with the soul. The melancholic feeling of the song overall adds to its darker appeal, aiding is the essence of simply letting go and escaping everything.

Airy atmospheric stabs hang throughout due to a lengthy release, vocals stretched thin to provide a haunting mood, and a simple yet cohesive plucked upper bassline all combine into something simply mesmerizing. Basic percussion keeps the tempo in some of the more empty sections of the song, but the atmosphere is never lost.

A waltzing chill track sung in Korean is the simplest way to explain “The Night.”

Soft strings waft softly over a piano clearing emulating the beauty of the waltz. However, the haunting soft vocal performance in the track spread a web of intimacy you do not hear in many tracks in the current market. There is a mood of innocence, but also of lonely sadness.

It is clear in the lyrics that the singer has lost something into the night, but what is it? Why is it so haunting to the listener? There is something just subtly beautiful about “The Night” and I can’t help but put it on repeat even when I don’t know the language of the song. Somehow, it simply speaks to the soul.

The short loop that permeates most of the track maintains the airy atmosphere as the beats churn smoothly below. This is a jam track where you want to slow groove or, as it makes sense, one to lose yourself to and escape everything.

Clever titles that play off puns aside, the ping-pong panning of the sub-lead on “Netflix & Chillwave” is one instantly craves attention.

Soft effects percolate with over the percussive elements signaling the simplicity of calm moments. The somewhat chaotic lead melody that acts as a modicum throughout leads the mind into the way thoughts just pop up and disappear within the calm moments of a day.

Is this compilation an easy recommendation? I wouldn’t say so for the typical fan but yes for those who are into mellow sounds.

Overall, for fans who loved Majestic Casual Chapters 1 through 3, there are moments that you will recall. In general, however, the compilation’s focus on peaceful background vibes makes it blend into nothingness at times.

The tracks selected are positive representations of the mellow side of the label’s catalog of works, yet the lack of cohesive mixing settles the album into an “if you enjoy the vibe, pick it up.” If you enjoy mellow sounds but aren’t sure if you need a copy, be sure to stream it and help the continued excellence of Majestic Casual.