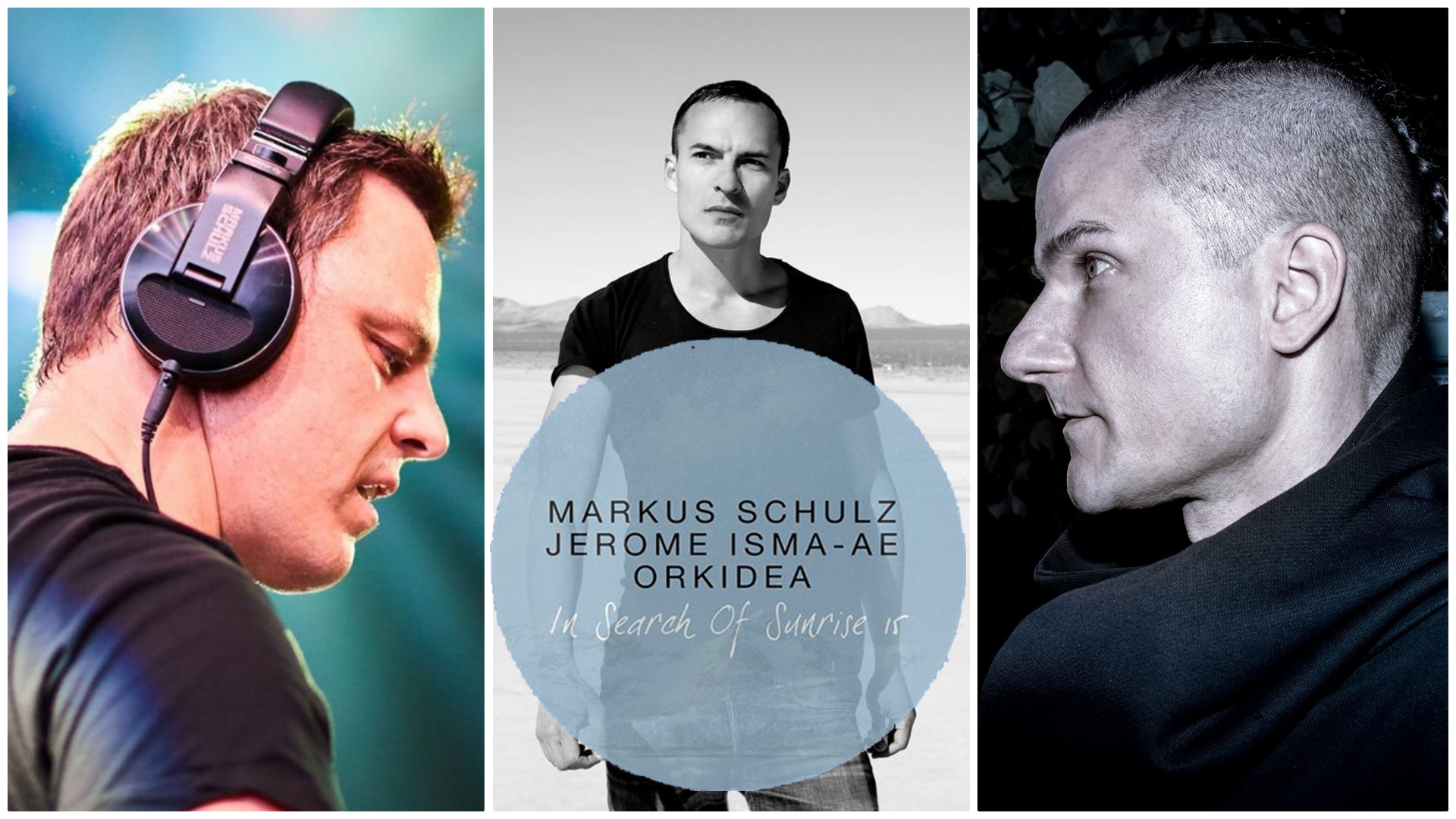 It may be hard to believe, but the In Search of Sunrise compilation just hit its 15th edition since debuting back in 1999. The compilation has had a number of stylistic deliveries over the year – first at the hands of Tiësto before he “left trance,” then at the hands of Richard Durand who guided up to ISOS 13.5 in 2010. The series rebirth as a triple compilation in 2018 centered around a selection of Black Hole Recordings’ greatest artists.

In Search Of Sunrise was synonymous with trance from its roots, and to this day the first iteration remains a classic of the genre. Now, with fifteen trips around the world, and a myriad of talent behind each unique adventure, can ISOS deliver an amazing journey or has the magic disappeared?

In short – yes it can. We will dive through some details on why the latest version – ripe with mixes from Markus Schulz, Jerome Isma-Ae, and Orkidea – reaps all the field offers as the sun peaks of the horizon. However, a point of clarity first – this is not your run of the mill trance mix. Rather it is an intimate affair with trance as a whole. It bends and shapes the listener’s mood; less focused on the energetic beats that typify trance music, instead more honest with the true sense of the word trance: it wants to entrance you.

If you are ready to break the mold and move beyond the shell of the normal, In Search of Sunrise 15 is more than willing to move you. Listen to it below, download or stream on the platform of your choice, and read on for my take on the release!

Stream In Search of Sunrise 15 on Spotify:

When the deejays behind the compilation were announced, gold was struck!

Admittedly, at first, I was excited for the tapestry this iteration would provide as I knew the chops of Orkidea and Jerome Isma-Ae behind the decks. The question was Markus to me; not due to unfamiliarity, but rather the uncertainty of which Markus Schulz fans would get on this mix. Would it be dark and brooding Markus of the rabbit hole sets at Avalon Hollywood, or would Markus be the festival DJ and just overwhelm his mix with energy? Let me alleviate any worry – deep Markus shows up in full force for this sunrise search.

Opening with “Bell of Planaxis” clearly marks the direction Markus wants to take listeners on and it’s dark.

It begins beatless and ambient before swelling with soft tension. The mix meanders fully into the darker progressive sound. Don’t fret though – melodies populate the upper lines of as we dive through the mixes catalog: “North Star” by Andretta and Andre Sobata’s remix of Kamilo Sanclemente’s “Spiral Patterns” provide the doorway for melody to become the focus.

Dave Neven’s “Sirens in the Sky” brings the trance vibe into the fray and opens up for the reworks to seep into the sonic fray. Markus reworks Daniel Wanrooy’s “Back For More” and Paul Oakenfold’s “Southern Sun” during the mix and they sound fantastic for the vibe the lays down to search for the sunrise.

Markus also catapults with the big names of trance in his In Search Of Sunrise mix.

Ferry Corsten, Giuseppe Ottaviani, Arkham Knights, Ronski Speed, and of course some of his own works are present throughout the mix. Yet, the lasting impact shines brilliantly of his final track selection of a unique outro mix of his work with Haliene, “Ave Maria.” This unique version really captivates on the vocal beauty that Haliene laid down and truly grabs the last moment before the sunrise breaks the horizon.

From there, Jerome Isma-Ae sinks us back into progressive house!

When Jerome’s mix pops up, the vibes of Jody Wisternoff instantly came to mind. His focus on breathing room throughout affords the listener a moment to recapture their sense of being. Fans of Anjunadeep will rejoice in the middle mix as the vibes are strong throughout. Armen Miran’s “NowHere” is a prime example; deep, groove-laden, and driven without having to utilize high BPM tropes.

Jerome also features heavily throughout with three originals (“Kubrick,” “Drifting,” and “Underwater Love”) and four remixes, all of which are positioned in moments of power. Progressive kings Wally Lopez and DAVI also appear helping anchor the mix’s depth and appeal to fans of progressive house.

Speaking of those remixes, the blending of his remixes of 8kays “Inside” and Rue’s “Untethered” is one of the biggest highlights of the mix. “Untethered” is easily one of my standout choices overall; it just ebbs and flows with tension like the tides. This segment also begins a rise in energy that keeps on hoovering it up as we groove into the back half of his mix!

Classic reworks appear on Jerome’s mix as well – Jam & Spoon’s hit “Follow Me” and Orkidea’s “Nana” both get Jerome touches that work beautifully in the woven tapestry of sound.

But the closing moments struck me surprisingly meaningful. Jerome’s own works “Drifting” and “Underwater” both bring a new ambiance to the mix. In fact, it was here that the vibes of sunsets on Ibiza on the west end catapulted into my mind! The mix turns suddenly towards the vibes of Café del Mar over In Search Of Sunrise, and frankly, I’m okay with that. The flexibility the mix provides allows it to be used for a wider range of listening experiences and that is one of the best calling cards a DJ can produce.

Orkidea closes the compilation with a brush that paints the sky with a wide range of colors.

By the time we get to the third mix, being out of breath from dancing too much is no surprise. The emotions and roller-coasters of sonic beauty provided by the first two mixes are astounding. Orkidea gives you a moment to pause with an ambient mix of Barry Jamieson’s “Stars.” Then we grow mightly – Henry Saiz, Yotto, and Trilucid provide a lift in the night as we move into astronomical dawn.

Surprise hit-maker Fonzerelli (remember “Moonlight Party”?) returns with “In My Dream” as the mixes pivot point towards the dance-focused end of the mix. As dawn nears the soft melodies and smooth beats with seductive vocals wake the spirit. Orkidea’s follow-up hit to “Forward Forerver” titled “Metta” brings the starlight just above the horizon, and keeping it right at the horizon is the Gendamea (an alternate name for Stoneface & Terminal) remix of Solarstone’s classic “Solarcoaster” and Paul Oakenfold’s “Stonehenge.”

Orkidea’s sunrise search yields plenty to love to wind it down as well. A remix by Andy Moor of a JES track combined with the beauty of BT, Ticon, and Bicep all secure the mix as dawn breaks. The final two tracks – Ticon’s “1987” definitively brings the trance vibes to a close while Bicep’s immaculate “Glue” sinks you back into the depths of the rising sun.

In Search of Sunrise 15 boldly carries the formula forward!

It would be easy to let the formula that made In Search of Sunrise successful become stale. Tiësto’s origins, Richard Durand’s sweeping movements forward, and now the twice reborn trilogy of mixes for numbers 14 and 15 continue to shake the expected. Sure, In Search of Sunrise is no longer a straight-up trance compilation with banging energy, and yet, it rigidly proclaims itself as a standard for others to carry.

The unique trifecta of DJs on the last two iterations claim loudly that trance compilations need not be static, and instead embrace the dynamics of progressive house, downtempo, chillout and influential techno. If you want a true journey, take In Search Of Sunrise 15 for the full ride. It’s a stellar companion to any adventure – day or night.

In Search of Sunrise 15 – Tracklist: 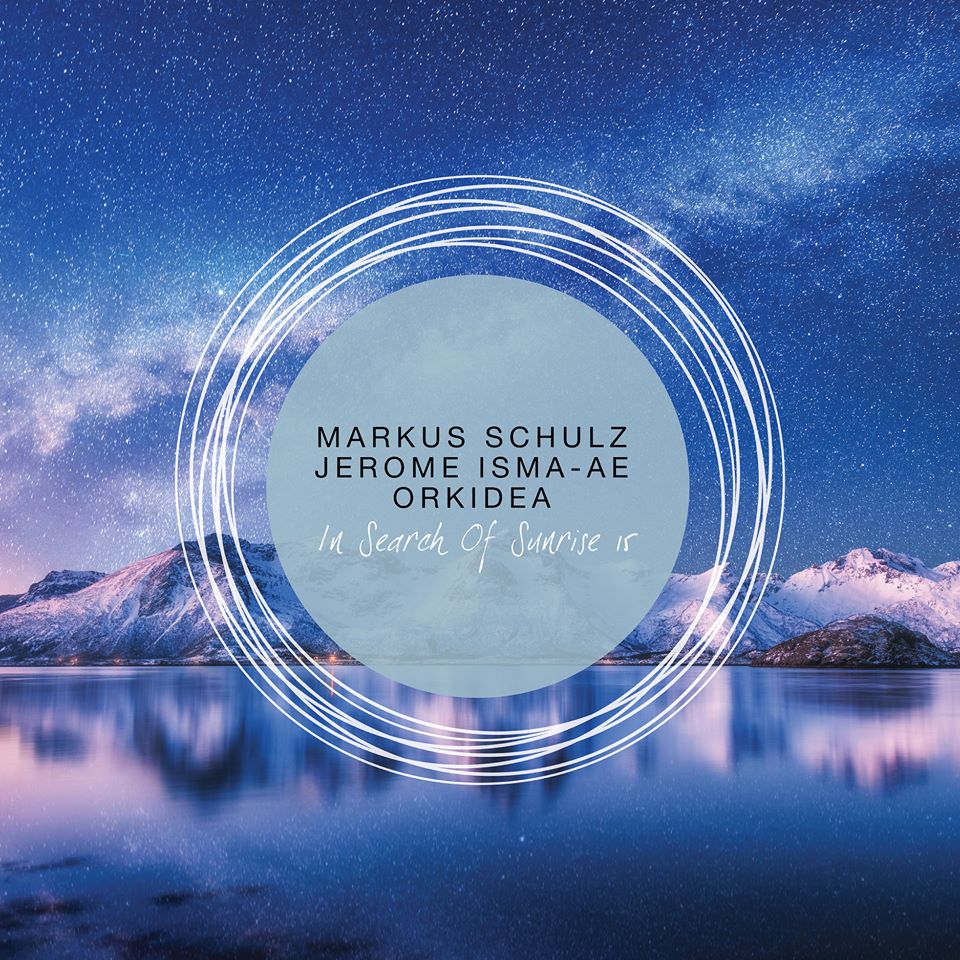