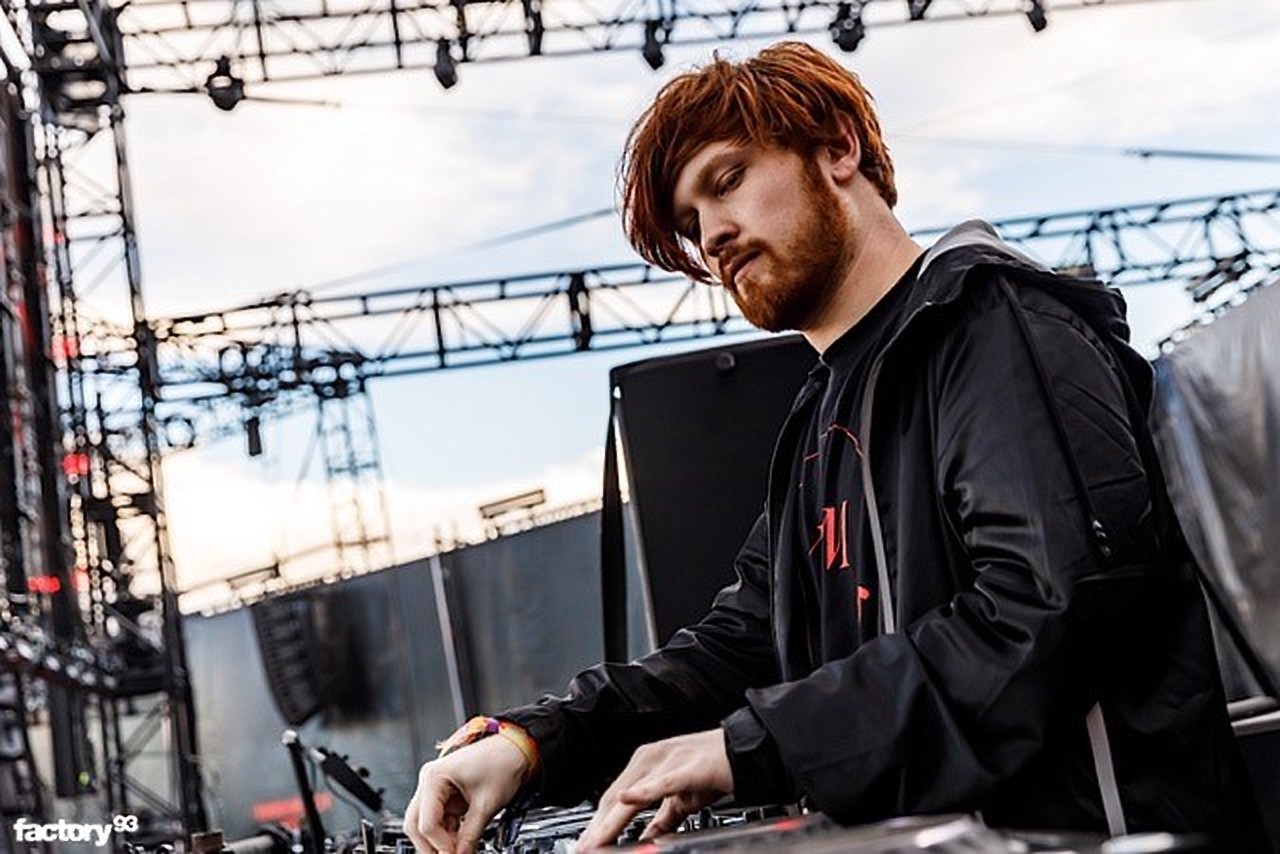 Rising star Declan James sat down with us after his set at EDC Las Vegas to chat about VOIDWARE, his vinyl collection, and goals he has for the rest of 2019!

Quickly rising through the ranks of the electronic music scene, Declan James has been constantly leaving both tastemakers and his biggest fans impressed with powerful releases and highly curated sets. First catching the ear of many with his Vibes mixes and collaborations with Notaker and Fatum, he’s continued to explore his own roots and grow with each production he releases.

This year, Declan James also began his descent into the underworld of electronic music with the launch of his VOIDWARE project. Perfectly pairing iconic imagery with beats that will have you bumping right along with them, he’s been able to show off some of the earliest influences in his life while also taking attendees on quite the ride.

Making his festival debut at EDC Las Vegas this year during the Drumcode Takeover at neonGARDEN, Declan showed his prowess as a DJ and started the third day of the festival off right. After his set, we caught up with him to chat about his new project and its influences, which vinyl records he loves the most in his collection, and so much more. Take a listen to his set from EDCLV below and read on for the chat!

Hi, Declan. Thanks for taking the time chat with us here at EDC Las Vegas. You just made your debut while opening for the Drumcode Takeover at neonGARDEN. How did it feel to take the stage at one of the world’s largest festivals?

It was like 60% terrifying 40% really exciting. But yeah, looking back now, even though it’s only been like 20 minutes or so, it’s great. I feel great about it. I was really excited to have the opportunity to do that.

Sweet. So when you’re prepping for a set on a stage as massive as the neonGARDEN? Do you do anything different than a club show?

This was my first festival set and I had to kind of figure that out. I talked to people and a lot of people were like, yeah, we plan our festival sets. But I feel like it’s difficult with techno because you want it to still be spontaneous in a way and you have to be feeding on the crowd’s energy. So ultimately, I planned some of it. I had some ideas, I grouped certain tracks together, and then I just showed up and went way off script

Kind of just went with the vibe of the crowd.

Yeah, you kind of have to with techno… you just have to.

Was it pretty windy out there when you were playing?

Yeah for the first half hour I feel like it was windier. But that could also just be that I was so engaged that I don’t even remember.

Losing our minds over the @DrumcodeRecords crew closing out the 2019 #neonGARDEN! BIG thank you for another extraordinary @EDC_LasVegas weekend. We'll dance together again soon. #Factory93 pic.twitter.com/klFZvsPJU1

You just zoned in. It wasn’t just a standard that you played either, It was a VOIDWARE set, right?

Yeah, that’s the new standard. So VOIDWARE is a series of live mixes, kind of like how Adam Beyer does Drumcode live. So I’m going to be releasing my live sets, like this will be released as a VOIDWARE set. That is the new concept of what I’m doing.

What was the inspiration behind that project?

I spent a lot of time exploring my influences and what I like. What I came to the conclusion of is the aesthetic that I like, not only musically but visually, is kind of a blend between the Y2K, late 90s, early 2000s style. Like spacey symbolism, religious stuff, almost Twilight Zone looking stuff. My symbol is called The Void and I came up with this idea for this series. Eventually, I would like to start a label called VOIDWARE as well. But it incorporates the name, and it sounds like a 90s term for something on the internet. That’s the idea behind it.

So when you’re making music for this project, is there like a certain way you get in the right mental space?

Part of it is just spontaneous. Some days I’ll have an idea that comes to me and some days I won’t. If I have an idea it comes very fast. But there are certain things that I’ll do like I look at a lot of art. I’m really inspired by early religious art, like masonic art that’s very esoteric and weird looking. I have two monitors, so I’ll put some art on one monitor and then will produce on the other. And I’ll think, “okay, how do I capture what’s going on in this picture?”

But then also, I listen to a lot of early trance stuff because I’m really inspired by that, like Sasha and very early trance stuff that’s almost techno. And that helps to inspire ideas a lot too because the discography of the 90s is so vast. There’s so much stuff that hasn’t really been heard by most people because it’s vinyl only.

I feel like that entire era of trance wasn’t even just really strictly trance in the way we see it today. It was full of progressive and techno elements as well.

Yeah, because these genres have developed and spread apart over time. But if you trace them back far enough they become the same thing.

100%. So in the past, you’ve collaborated with artists like Notaker and Lycii. If you could work with any artists in the world on a future release, who would it be?

That’s difficult. Probably Spectra or Pleasurekraft, or really any of the Kraftek guys. I really love the music that’s coming out on that label.

And the last time we spoke you mentioned that you collect vinyl records. What’s your most recent addition, and is there a specific record that you hold above all the others as special?

My most recent edition is the super rare Slayer single. Strangely enough, I’m really into Thrash Metal. So there are only like a thousand copies, it was only released in the UK, and it’s in the shape of a cross. It’s really cool and from 1989, I think. But then the record that I hold above all others… Probably, I have an autographed copy of Porter Robinson’s Worlds. I love Porter Robinson so…

How big is your collection right now?

Once you start buying vinyl it’s the biggest addiction.

I know. Sometimes I think about where my money would be if I hadn’t spent it. [Laughs]

I also think that there’s a lot of people who are buying it because they like having the physical copy of the music, too. Do you have any plans on releasing any vinyl soon?

And then finally, now that you played EDC Las Vegas, what goals you have for the rest of this year?

I think most of my focus for the rest of this year is just on productions and labels as opposed to the shows. Because I mean, this is… there are very few things now that are on my list. Besides hopefully playing again next year and continuing to move up the ladder at festivals and getting better time slots. But most of it is just going to be signing to the labels that I love and making music that inspires me and that I love.

Awesome. Well, that’s all we got, it was great chatting with ya!

Cool, man. Thanks for chatting!