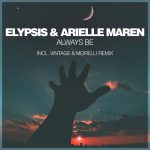 Elypsis and Arielle Maren deliver a stunning Progressive gem on Silk Music in Always Be. Tinged with a slightly melancholic vocal line, the track brings the vibes of Kaskade at his most emotional and downtempo, while maintaining the emotional chops of tracks by Adam K & Soha. If you like it groovy, meaningful, and slower, the original vocal mix of Elypsis & Arielle Maren’s “Always Be” is a summertime jam you’ll enjoy to the fullest.  Vintage and Morelli also dropped a remix that gives the track a bit more energy, so if the original isn’t your flavor, take a listen to their remix. – MyStro 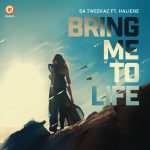 Throwbacks can be stunningly beautiful too like this remix of “Bring Me To Life”!

When Da Tweekaz first premiered their interpretation of “Bring Me To Life” at Qlimax last year, the internet hit the hot buzz button.  Finally Q-Dance received the clearance and are breaking into the airwaves bringing this awesome collaboration with vocalist Haliene! If you enjoy Evanescence you’re surely going to recognize this one!  Get the feels as we bring life back to Hard Dance! – MyStro 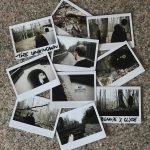 BONNIE X CLYDE are taking things to “The Unknown” with their latest release.

The epic DJ duo BONNIE X CLYDE have been absolutely dominating the festival scene while releasing a slew of hits like “In The City” and “Bass Jam”. Just in time for the summer months they’ve once again dropped a vibe-filled tune with the release of “The Unknown”. A softer tune that really highlights Bonnie’s vocals more than the heavy beats they’ve become known for, the lyric video that accompanies the track is also epic in its own right. Listen to the track and let us know what your thoughts are on it in the comments! – Grant 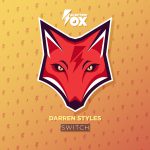 “This is the hardest banger this year. Period.” says Gammer of Darren Styles’ new tune “Switch”.

The intro will intrigue you, the melody will get you in your feels, and the drop will definitely “getcha”! Darren Styles and his new happy hardcore label Electric Fox (co-captained by Da Tweekaz) have not wasted any time carving out their niche in the thriving Hardcore scene. And its full steam ahead with Styles releasing “Switch”, an appropriately titled banger that delicately navigates emotional builds and lose-your-mind drops. Catch Darren Styles on Saturday of EDC at wasteLAND and then again b2b with Gammer on the Kalliope Art Car to close out the night! – Bryan aka Foxx 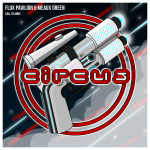 Flux Pavilion and Meaux Green have put out their “Call To Arms”.

Over the years, Flux Pavilion hasn’t just stood out from the crowd due to his monstrous solo work but also with his collaborations of epic proportions as well. This week he dropped his latest collaboration with Meaux Green on Circus Records, and you best take notice. Dubbed “Call To Arms”, the track guides listeners on a journey into the depths of the bass world as blows them away with some powerful wubs. Expect to hear this massive track get played out during Flux’s b2b set with Doctor P at EDC Las Vegas next weekend! – Grant 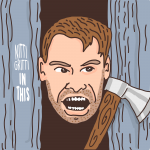 Nitti Gritti takes things one step further with new tune “In This”.

One of the rising stars in the electronic music scene who we have fallen in love with over the past year has been Nitti Gritti. Diverse in every capacity, his releases have ranged in genres from R&B to Dubstep, showing the sky is the limit for this fresh artist. Dropping bombs with his latest tune “In This”, we’re excited to see that he’s back to his massive dubstep sound that will have crowds headbanging from start to finish. As Nitti Gritti rises to the top tastemakers will be marking this tune as one of the major steps forward he has taken as an artist. Catch this track along with many others for Nitti’s upcoming set at EDC Las Vegas! – Grant 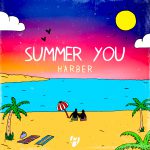 HARBER unleashes the melodic “Summer You”.

Known for his sick remixes of tunes like “Stacy’s Mom” and “Sick Boy”, the East Coast artist HARBER has been making some waves in the scene. Releasing a more vibey, downtempo tune that is perfect for the poolside, it’s the pop-infused vocals on “Summer You” that really take things up a notch. Transporting listeners who close their eyes to a tropical beach destination, HARBER has really left a lasting impact with this tune. This is just his first major release of 2018 and we can’t wait to see what more is in store for him in the rest of the year! – Grant 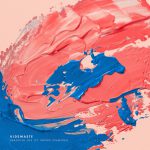 Kidwaste teams up with Sophie Simmons on “Beautiful Life”

With May being a month dedicated to Mental Health Awareness, Kidwaste and Sophie Simmons wanted to come together for a song to share a positive and uplifting message with the electronic music scene. The French producer has already made some waves with his past releases and this emotional tune comes from Kidwaste’s journey back to France in which he became isolated after many months of touring. Sophie’s vocals add the perfect amount of serenity to the production style of Kidwaste, showing a maturation of both their careers in the scene. Catch Kidwaste at upcoming festivals like Electric Forest, and hopefully, we’ll see more come from these two artists soon! – Grant 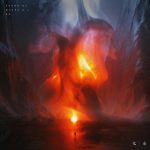 Illenium joins forces with Said the Sky, 1788-L, and Kerli for a thrilling mashup track like no other, “Sound of Where’d U Go”!

Where does 1788-L come in? The breakdowns in the middle have 1788-L glitchy touches tapping in as the chorus to this unique track. I enjoyed the darker feel he adds to the mashup giving it a new identity. I can’t wait to see if this collaboration pushes all the artists to new musical territories. – Lisa 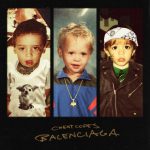 Cheat Codes release “Balenciaga” one of their most hyped up ID’s from Ultra Miami!

In true Cheat Codes fashion, the Los Angeles natives continue to experiment with blending a variety of sounds. In their latest track, Balenciaga, the trio created a fusion of big room and dubstep sounds interwoven between R&B laden vocals. “Balenciaga” was dropped as an ID during their 2018 Ultra Music Festival performance, and since then fans have been waiting with bated breath for the group to release the track. It was definitely worth the wait! As if the release of the track wasn’t enough hype, Cheat Codes also announced the June 1st as the drop date of their debut EP, Level 1. – Abisola 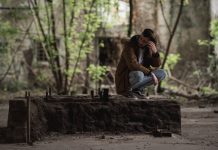 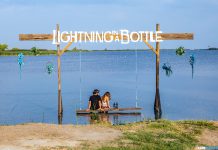 Lightning in a Bottle Proved That Home Is Where the Love and Vibes Are! 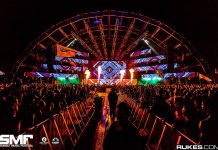 Five Artists You Need to See at Sunset Music Festival 2019 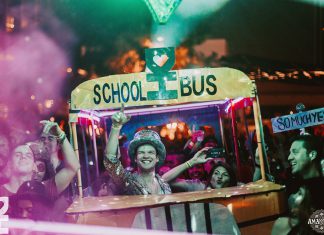