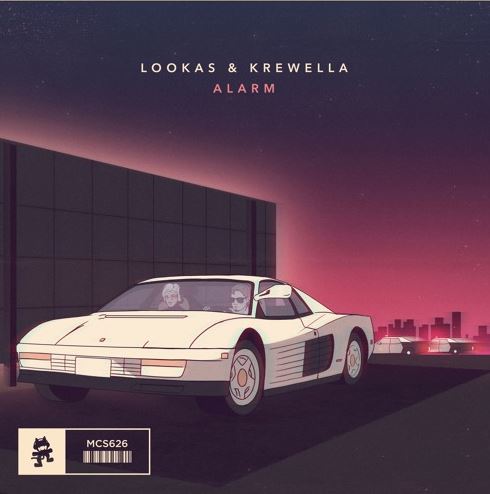 Lookas and Krewella’s newest single, “Alarm”, might be one of my favorite collaborations out this year. There is growth in the vocals by Krewella, sounding more harmonious and in sync with each other in the track. The lyrics flow well with the song even when the tempo changes and the guitar adds a little acoustic flavor.

Despite the bass drops, the song has a chill vibe to it compared to Lookas’ other recent release, “Eclipse”.  “Alarm” features a perfect balance of both artists’ sound. You can definitely get a feel for which parts were contributed by either member but the level of cohesion in the track sounds just right. I would love to see them collaborate again on another track! 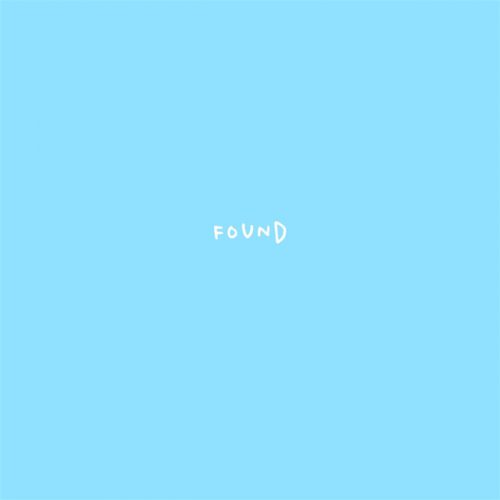 About a month ago, everyone’s favorite 19 year old (aka Oshi) came out with his killer single, “Lost”. To follow it up, this week he released “Found”, a single chock full of electro-keyboard synths and smooth melodies. This song may actually be more adorable than Oshi’s freckles and encompasses the DJ’s style in one big cheery nutshell. The track reminds me of a way cooler version of what you’d hear while playing Mario Kart and is sure to be stuck in your head all day long!

“Found” comes hot on the heels of Oshi’s last release “Swagga”, which he put out just under a week ago. The new track also strays from his rosy cover art stylings and instead opted for a sweet baby blue. Whether this color scheme changeup holds any real significance, however, is TBD. 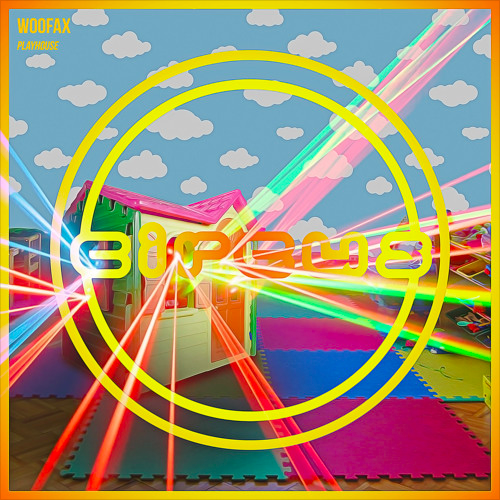 Woofax is back with “Playhouse”, and once again never fails to bring the hype!

Woofax’s newest Circus Records release “Playhouse” is a heavy anthem for those needing to break free. Though abrasive to its fullest, the track features interesting melodic interludes between its thumping dubstep refrain. Its melodic vocals are prominent through the duration, as opposed to a single line or word, like other tracks of this style. It’s not a song one can easily sit still through. So get up and play! 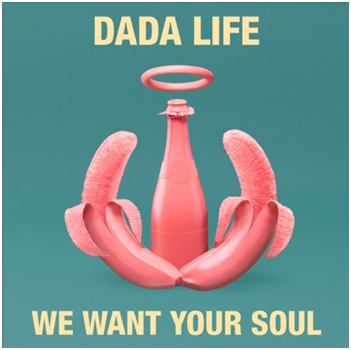 Dada Life is back and better than ever with crunchy peak hour anthem “We Want Your Soul”.

This year Dada Life made headlines as they unveiled their brand new product Dada Life Champagne, making the duo the first musical act to release a champagne in their namesake. But, Dada Life fans have been craving something not only to titillate their taste buds but also for a little audio stimulation as well, as it has been a quiet year on the release front for the masters of the main stage. Thankfully, December would bring some very good news for fans all over the world with the release of their first single this year called “We Want Your Soul”.

“‘We Want Your Soul’ is all about taking control,” says Stefan. “Us taking control of you, that is. You need to follow us down our rabbit hole. We can’t tell you what’s going to happen, but we can promise it will be fun. But then we need to take your soul first!”

With this release comes news that Dada Life is preparing to release a new studio album full of original material in the spring. The new disc will mark their first full-length album release since 2012’s acclaimed The Rules of Dada which hit the Top 5 in both Billboard’s Dance/Electronic Albums chart and Heatseekers Albums chart in the U.S and gave us platinum-selling hits like “Feed The Dada” and “Kick Out The Epic Motherf**ker.”

In addition, Dada Life will also hit the road on a world tour with Stefan taking the reigns following the announcement that Olof will no longer tour so he can focus on upholding his health and well-being. More information on the world tour will be announced in the coming months. 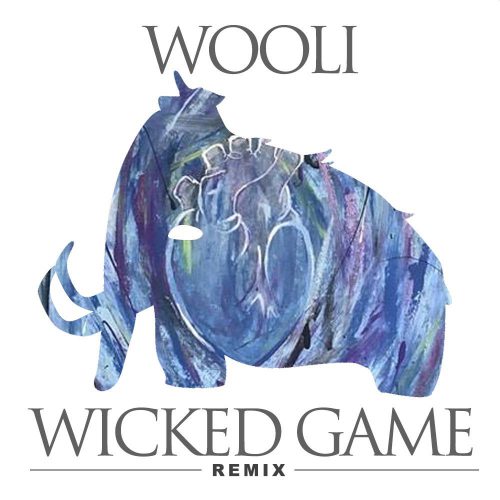 The first track I’ve ever heard from melodic bass producer Wooli, this “Wicked Game” remix totally blew me away. He took Ursine Vulpine’s slower, more chill original and gave it a powerful kick. The lead-in is accompanied by beautiful piano chords, building up into a magnificent bass drop. If you’re a fan of artists like Vincent or Krane, you have to check this guy out. This song will give you chills! 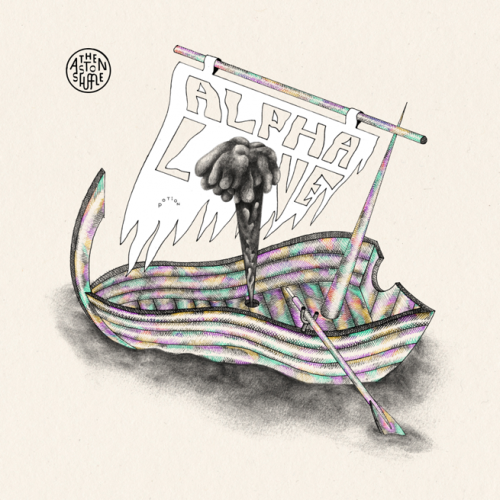 The Aston Shuffle is back at it again with their signature smooth sound!

Hot off their collab with fellow Aussie LO’99 comes a return to The Ashton Shuffle’s signature sound. On their latest track, “Alpha Love” is the duo’s 5th original release on The Magician’s Potion label.  In the track, The Aston Shuffle pairs their smooth grooves with powerhouse vocals by Alex Mills. This result is a classic heavy house bassline with infectious lyrics. Check it out and tell us what you think!

Want to know more about The Aston Shuffle? Check out our interview with the duo HERE! 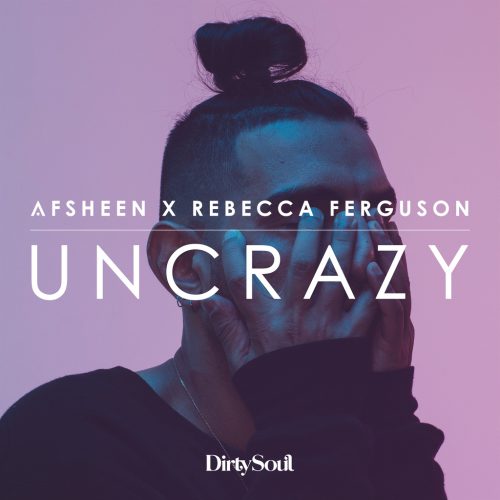 There are few songs with a subtle dance beat that stop me dead in my tracks. AFSHeeN’s “Uncrazy” is that track. The tune begins with a smooth low-key beat but once Ferguson’s sultry and soulful voice is introduced, magic happens.

As a listener, I was enraptured by her sound and the perfect blend of Ferguson’s vocals layered over AFSHeeN’s playful yet understated melodies This is a track that certainly will be in heavy rotation as it is sure to spark an emotional reaction with every listener. 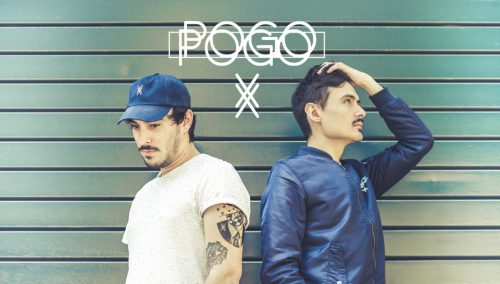 Pogo X Pogo’s Ruben Navarro and Nicholas Perez are best known for their unique brand of neo-electronic music fused with pop-dance elements. Their latest single, “Walk Into Your Soul”, comes from their latest EP, Memories. The idyllic video is set along a Parisian backdrop and takes viewers on a romantic journey across one eventful night. 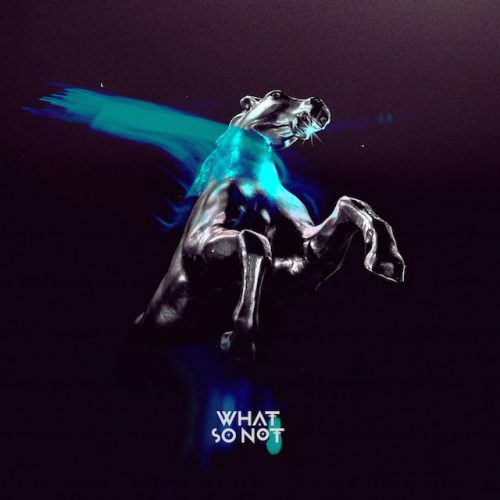 What So Not drops “Be Ok Again” with Daniel Johns!

Already known for some of the best beats that have been produced in the electronic music scene, What So Not is back with another massive tune that we’ve fallen in love with, “Be Ok Again”.

Working with Daniel Johns on the tune, What So Not actually has provided his own vocals to a tune for the first time ever, making it truly unforgettable. Read his thoughts and stream the track below!

“Immediate paralysing sadness, optimism, nervousness and excitement. This song explores how we redefine and rebuild our reality upon dramatic ends to relationships. It was inspiring bringing someone of Daniel’s calibre in on this piece and I’m thankful for how much he pushed me creatively.” – What So Not

Blending elements of electronic music with the world of R&B, Sean Turk has teamed up with Jessame to bring the club vibes in full force with his fresh tune “Lemonade”. Describing the style as “Bedroom Bass”, the track is perfect for anyone looking to get down with their lover on the dancefloor.

Sean Turk’s production quality on the track is fantastic, and the original release complements his prior remixes and bootlegs that drove his unique sound forward. The title of the track is themed throughout as Jessame compares his love interest to his favorite icy beverage, lemonade, and is the perfect fit for the feel of the tune. Stream it today and let us know what you think! 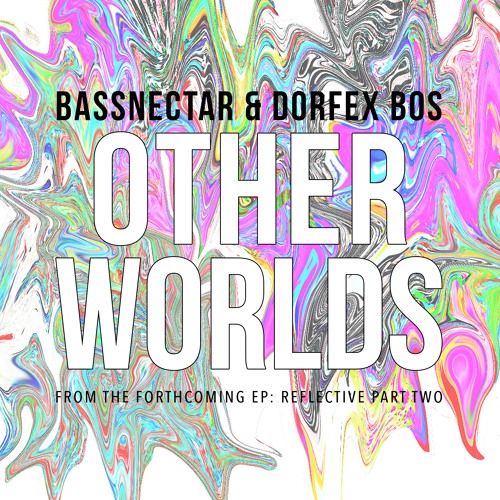 Bassnectar & Dorfex Bos take us on a journey to “Other Worlds” with their captivating new tune.

Bassnectar released his brand new Reflective Part 2 EP yesterday, and if you haven’t given it a listen yet, stop what you’re doing and grab a quality pair of headphones, because you’re in for a treat. The six-track release spans a diverse array of bass styles, but my personal favorite is by far the Bassnectar and Dorfex Bos collaboration, “Other Worlds”.

With a gripping, heart-rending progression of arpeggiated chords that move urgently through space and time, the track grabs onto the listener and doesn’t let go. As you immerse yourself in the multi-layered composition, it takes you along for the ride of a lifetime, touring a verifiable galaxy of sound.

Bassnectar had this to say about the track:

“Other Worlds” was inspired by a new collage from Sebastian Wahl, which we brought to life with the help of Black Lake Media. The collage shows portals emerge and unfold and evolve within and around a picture frame… a magical gateway, like the wardrobe in The Chronicles of Narnia.

On a sunny day in Brooklyn I sat down with Dorfex Bos to write a piece of music to go along with the visuals, and the ideas just came pouring out. We finished the song in 24 hours flat, with various instruments and sounds mapped to various details and dimensions of the various worlds within the collage.”

Give it a listen and watch the trippy music video for an experience that is guaranteed to be out of this world.