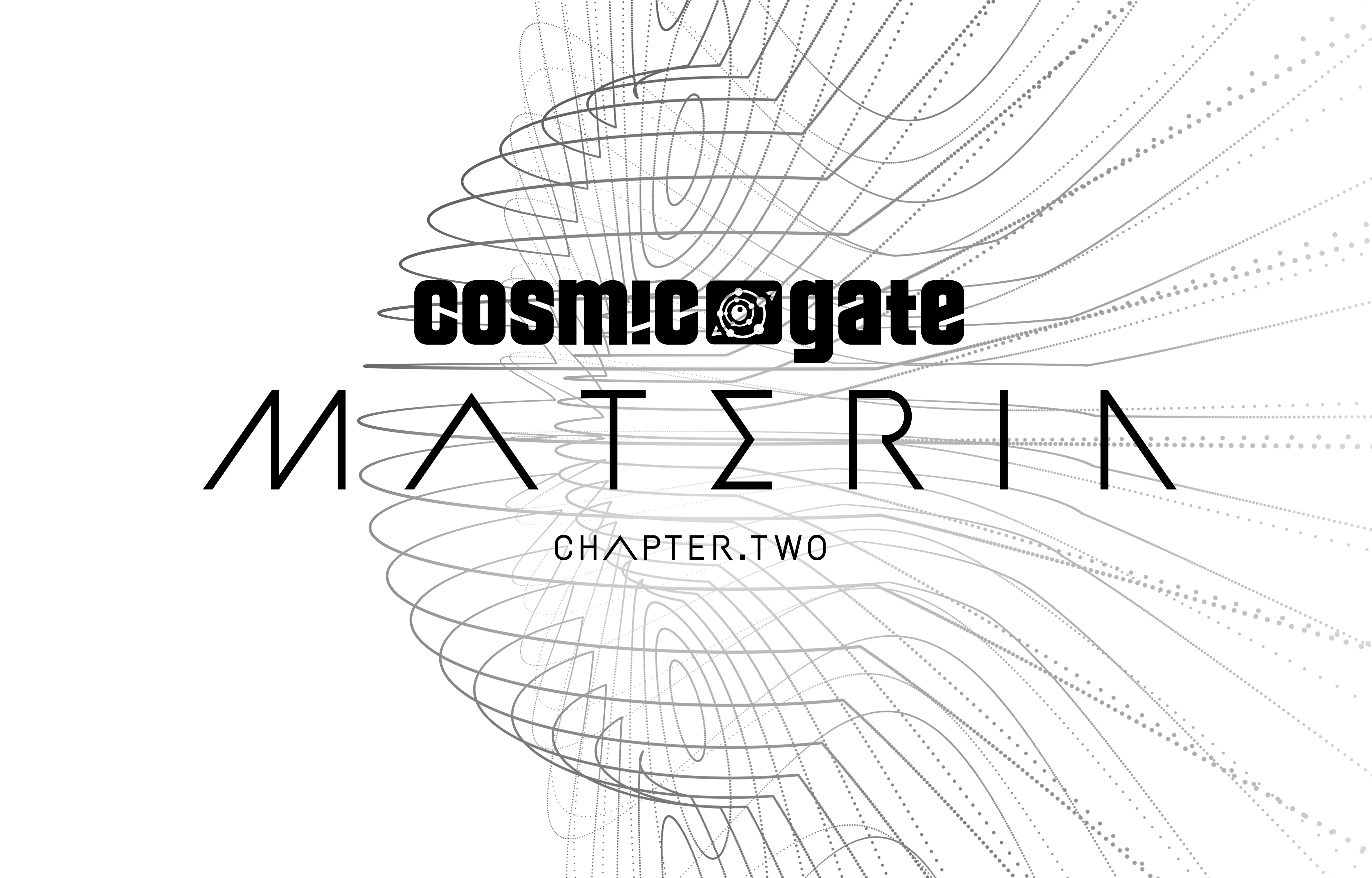 What happens when you put Cosmic Gate inside a studio with some of the hottest names in the dance industry? The result is a stunning blend of sounds both familiar and new, all tied up in a brilliant package that is primed and ready to send the nightlife into a tail spin of excitement with nine fresh tracks to fall in love with, unlike anything that has come before. On September 1, 2017, Materia Chapter.Two will be unleashed on the trance universe and with all the talent surrounding its development, this is one album that will be impossible to ignore!

The second chapter is stocked full of quality talent throughout the album.

Through the long winter and spring months, all the artists on Materia Chapter.Two have kept busy to bring their vision to fruition, with one thing in mind: To put a smile on the faces of trance lovers all over the planet with productions that are worthy of unadulterated praise and adoration.

Many of the artists on Materia Chapter.Two have been known to brush elbows with Nic & Bossi in the past, having been featured on Materia Chapter.One. Eric Lumiere and Alastor both return since adding their own special flair on Materia’s first edition with their respective “Bigger Than We Are” and “Someday”. And then we have JES, the incredible singer/songwriter who brought her next level musical stylings to Materia Chapter.One, now stealing the limelight once again on not only one, but two tracks, including the title track “Materia” and “If Not Now”.

Following 2014’s “Sparks After The Sunset”, Sarah Lynn joins in on all the action, with “Folded Wings” and Arnej joins his fellow dance music comrades once again since “Sometimes They Come Back For More” (an appropriate title considering today’s news), to deliver ” No Strings Attached”. Markus Schulz and Super8 & Tab also drop in to say hello with 2 tracks reserved for the peak hours of the night, reminding us why trance will forever remain one of the greatest genres on the planet.

Those wondering whether Materia’s journey would come to feature Emma Hewitt’s stunning vocals need to wonder no more!

Given its debut by Armin van Buuren on A State Of Trance 821, “Tonight” is every trance fans dream, with hypnotic lyrics floating among a melody that will set you off into a state of pure bliss. For those pre-ordering Chapter.Two, “Tonight” is the first official single release out of three, that will help to send your stress into oblivion as we patiently wait for the album release!

For fans wanting to get physical with Materia, I have some news that will get you dancing with excitement!

September 1 will see the release of not only Materia Chapter.Two but also, the double CD edition of the album, which contains all the tracks from both album chapters! And if all of that isn’t enough to build the anticipation, Nic & Bossi have also built a beyond-deluxe, limited edition Collectors version of Materia. It includes the double CD, a 12” vinyl of “am2pm” and “No Strings Attached”, a Cosmic Gate flag and ‘Materia’ poster, along with a set of white and black wristbands.

Preorder for Materia Chapter.Two‘ both by itself and as the 2-Disc Chapter.One and Chapter.Two package is available today! If you want to get your hands on the collector’s edition, there is only a limited 500 numbered & signed units available, so stake your claim right now by clicking here!

But wait! There’s even more!

And it comes in the form of Dream Dance 83 mixed by Cosmic Gate! Never ones to rest on their album laurels, Nic & Bossi have also been hard at it, guest-mixing one of the CDs on the latest Dream Dance – the legendary German compilation series, known for the hottest tracks in trance since 1996. Featuring music from (amongst others) Above & Beyond, Chicane, Ilan Bluestone and Kryder, it also includes a wealth from Nic & Bossi’s own studio. The album is out now in Germany, Austria, and Switzerland and you can Get it here!