Groove Cruise LA stunned us with this year’s insane lineup!

Groove Cruise is one of the most well-loved and unique events for those who are die-hard electronic music lovers. Known for its unreal vibes and up close and personal interactions with the artists performing, this is definitely a must-attend for those looking for a unique experience. The only major electronic music cruise that covers both coasts, fans can set sail from their flagship Miami cruise in January or choose to hop on board from Los Angeles in the Fall. After a brief hiatus last year where the Los Angeles cruise relocated to San Diego, Groove Cruise LA is back and better than ever.

Recently announced was the jaw-dropping lineup for this year, which absolutely blew us away in regards to quality of artists presented. This year’s lineup features major names like Green Velvet and Ferry Corsten, but also tons of rising talent that is sure to impress like Bonnie X Clyde and Maximono. Also included in the lineup are stage takeovers from Desert Hearts, Anjunabeats, and Space Yacht, bringing a whole new element to the cruise. Scroll down for the full lineup below!

Additionally, Groove Cruise also announced a competition for DJs who want to hit the decks on Deck 10. That’s right, if you’re an artist who was thinking it would be cool to play this event, the chance is now yours! Submissions open up on July 20, with voting starting on July 31. The winners of the contest will be announced on August 15 and will receive a timeslot to play during the cruise, roundtrip airfare for two, an ocean view stateroom, and more. Details about this contest and how to enter can be found at GCLADeck10.com! 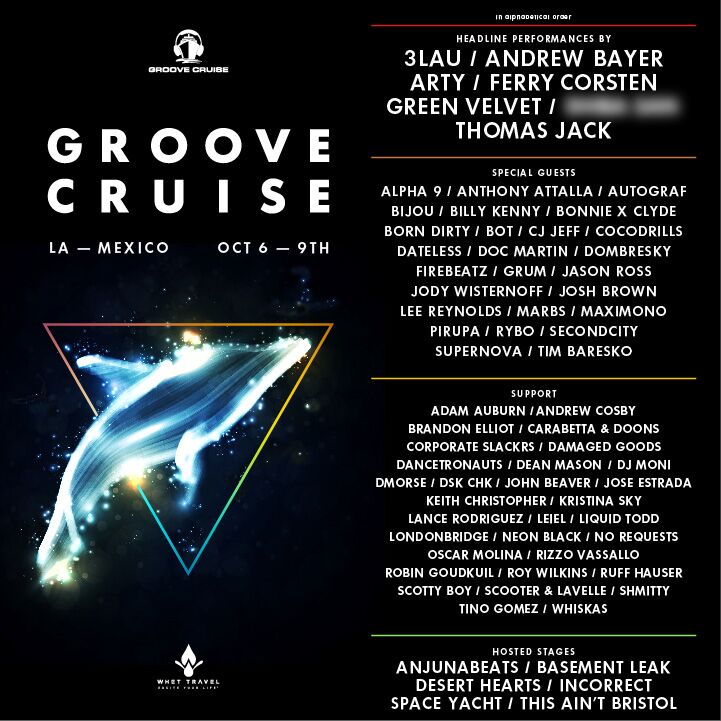 Over 23,000 lives have been changed forever by an oceanic experience unlike anything on earth. From our humble beginnings in 2004 with a group of 125 friends has grown into the world’s largest floating dance music festival and the only music cruise that sails yearly from both coasts of the USA. There is no question your feet will hate you from 72-96 hours of non-stop dancing and that you will need a vacation from this vacation! Sea you onboard, Captain. 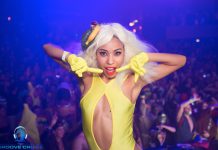