Back in time for summer, Seven Lions releases his newest EP, Where I Won’t Be Found featuring collaborations with Unlike Pluto and more.

Summer has arrived along with Seven Lions’ newest EP, Where I Won’t Be Found. Jeff Montalvo, better known as Seven Lions, takes listeners on an eight track journey through this EP with new vocalists and a future bass collaboration with Unlike Pluto. This presence of vocals on almost every track is uncharacteristic for a Seven Lions EP. In addition to, producing the music for the EP, his name also appears as a songwriter alongside corresponding vocalists. Despite being a huge Seven Lions fan, this EP was hard to review.

The first track, “Freesol,” features Skyler Stonestreet as both the vocalist and songwriter. I couldn’t help but notice how Stonestreet’s vocal pacing in the song sounded very similar to Lights, who worked with Montalvo on the song, “Falling Away.” The digital booklet shows that Lights did contribute to the songwriting as well.

I checked out “Where I Won’t Be Found” when it was released earlier this month. The track’s placement on the album adds to the upbeat feel of “Freesol.”

The EP winds down with “Slow Dive”, where we get a male vocalist, James Flannigan. Choosing Flannigan was perfect for the song. I don’t think the song would have worked well with a female vocalist. Flannigan’s vocals served as a constant in comparison to the melody in the song. Alongside the vocals, the song itself has a complex song structure.

In “Sun Won’t Rise,” we are introduced to Rico & Miella. The duo has worked with Tom Swoon, Lush & Simon, Thomas Gold, and more. Miella’s vocals are sweet and soft to fit the lullaby sounding melody playing. The song comes as a surprise because of how gentle it is. In the Creation EP, “Coming Home” surprised me with how natural the song felt with limited electronic production. “Sun Won’t Rise” has that similar natural, simple sound. Once again, Montalvo shows us that his music making can have many sides.

During the Journey Tour last year, Unlike Pluto traveled with Montalvo and Pegboard Nerds. Out of that tour, Montalvo and Unlike Pluto collaborated for the fifth track, “Rescue Me.” The drops in “Rescue Me” seem to encourage headbanging, unlike most future bass tracks. Compared to other tracks on the EP, the track itself is the shortest.

Vocalists Rico & Miella return for the second time in “Without You My Love.” As soon as the track plays, Miella’s voice steps in quickly just as NÉONHÈART’s did for “Where I Won’t Be Found.” The song’s opening has the hallmarks of an epic Seven Lions track until it comes to the chorus where the song’s tempo dips. Instead of loud, crashing drops, we get a low bass and slow beats. A definite change compared to previous Seven Lions tracks.

The two last songs of Where I Won’t Be Found represent the music we are used to getting from Montalvo. “Steps of Deep Slumber” starts off slow with the sound of drums and cymbals building into the “epic” sound that hits at 3:02. With “Steps of Deep Slumber” being the only instrumental track, it sounds almost out of place from the predominantly vocal EP. It’s the longest track on the EP that also stands out the most.

“Silent Skies” finishes the EP strongly with dreamy vocals from Karra combined with Montalvo’s melodic dubstep signature sounds. The song lyrics itself was a collaboration by Matthew Steeper, Karra, and Haliene.

Overall, this album feels the most experimental out of all the EPs that Montalvo has done so far.

Tracks one, two, seven, and eight sounded the most cohesive together whereas tracks three to six were very different and softer sounding. Tracks three to six had beautiful sounds that we often hear from his tracks but with dreamy melodies. With the multitude of sounds he has combined on the EP, it’s hard to tell what direction Montalvo is taking with his music.

So much of this EP felt and geared towards Montalvo experimenting with different sounds and vocalists. The various genres incorporated in the EP makes for an interesting listen. The songs appear to mimic Montalvo’s festival sets in his ability to fuse different styles of music together for a mesmerizing performance. I definitely have mixed feelings about this album in things I loved and things I didn’t like. Some of the songs feel too acoustic to be played live so it’ll be interesting what songs get a festival remix if any. Montalvo remixed some of his own tracks in the past to be more “festival-friendly.”

This is not one of those EPs to listen through quickly and form an opinion. I definitely recommend taking the time to listen to each track from start to finish in a quiet place with a nice beverage.

Stream Seven Lions – Where I Won’t Be Found on Spotify:

Where I Won’t Be Found can be purchased on Amazon, iTunes, and Google Play.

Check out our interview with Seven Lions here!

Seven Lions – Where I Won’t Be Found – Tracklist: 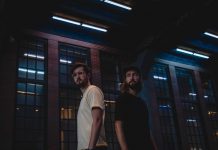 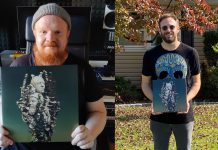