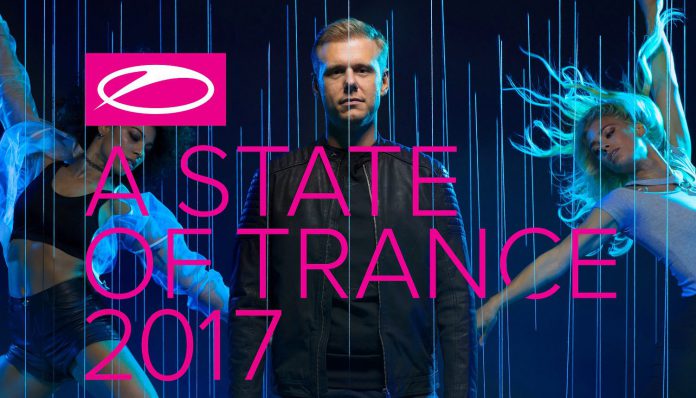 The A State Of Trance 2017 Compilation has officially hit the airwaves and it comes packed with tracks from the most celebrated and genius talent in dance music, driving the trance genre into its next brilliant chapter!

A State Of Trance is a feeling. A spiritual awakening of the soul, driven by a glorious melody and driving beat. As human beings, we are all searching for that one thing that will release our energy, that one thing that drives our energy, a type of energy that speaks to us from a place that we simply can’t describe in words. A State Of Trance is a state of being, persuading us to always want to live in that moment, always searching for a beautiful release. For us, it’s the essence of life. It’s those little moments that we live for. A state of pure bliss and unbridled happiness. With a pure understanding of the genre, the sultans have come together to deliver the very essence of what we as trance addicts all yearn for, bundled up in one glorious package called A State Of Trance 2017!

A State Of Trance 2017, mixed by Armin van Buuren and released on Armada, is nothing short of a celebration of life, chock-full with exclusive records and emotionally driven cuts from flag-bearers such as Alexander Popov, Armin van Buuren, MaRLo, Omnia, Orjan Nilsen, Protoculture, and Super8 & Tab, just to name a few. This album will be the benchmark for all that follow after, reshaping the game and setting the bar high for many years to come. If you want to be part of the movement, you will share its beliefs and swear by its ideals. The most important being that you live for that energy!

Purchase your copy of A State Of Trance 2017 right here!

Stream A State Of Trance 2017 on Spotify:

The compilation begins with disc one entitled On The Beach. This is appropriately titled as I listen to the soft progressive piece by Alpha 9 called, “The Night Is Ours”. Immediately you are drawn in, with a melody that prepares you for the anticipated build of energy that you know awaits you right around the corner, setting you adrift on a sea of chill vibes with a peaceful harmony. The build up is divine, entering a gear switch around track 5 with Rodg’s “Right Away”. Suddenly the floor drops out below you and you are plummeted into an upbeat tempo, driving those dancing feet to life. What I love most about On The Beach is the lyrical pieces that emerge halfway through the disc, amping up the flow in a brilliant fashion, precariously situated at just the right moment. Ørjan Nilsen feat. Rykka’s “The Hardest Part” and Gareth Emery & Standerwick feat. HALIENE’s “Saving Light” are two perfect examples of this, planted smack in the middle of the disk, offering up a precursor for the tone of tracks to follow, all the while never overshadowing or taking away from the instrumental pieces that come before and after.

As we dive into the latter portion of On The Beach, the intensity continues to build with layers of intense synths and pulse-pounding bass lines. We have finally entered the meat and potatoes of this glorious trance masterpiece. The peak hits straight through the heart with Tom Fall’s “Kaamos”, an insane production that oozes energy from start to finish with an uplifting melody that urges you to raise your hands high and get lost in a state of trance! Ending the disc with Armin van Buuren’s “The Train”, we are now ready to dive into Disc 2 with a new level of energy waiting patiently to take you on an unmatched musical journey to the cosmos!

Before even hitting play on Disc 2 I know that I am in for the ride of my life as this disc has been titled In The Club.

In The Club begins with Armin van Buuren’s “This Is A Test” and already I feel the hair on my arms stand on end as the track playfully prepares a sound test, bouncing from left to right in my headphones, dropping down into a grungy bass line all the while building to a full on sound test that hits straight through the brain! I am so ready for this disc to take full shape! The second track is one that I have highlighted just this past week in The Launch, a wonderful lyrical anthem from the “Modern Day Mozart” Andrew Rayel featuring Emma Hewitt called “My Reflection”. I find myself singing along as the siren that is Emma Hewitt hypnotizes me and unleashes my soul, the way that she does best.

As I move through this disc I am blown away by the quality of instrumental selections, from the likes of Eximinds & Whiteout, Radion6, Alexander Popov, Davey Asprey, and Gaia, who offer pieces that are very consistent, well-balanced, yet insanely complex and layered. For this disc, the instrumental pieces truly reign king! A brilliant nod to the first disc that offered up the crescendo with the use of incredibly talented songbirds to light the way, disc 2 would be best dubbed as the musical plateau, never letting you down from a string of energy soaked rhythms delivering my ears into a state of pure bliss and excitement.

Now, a 2017 ASOT compilation album would not be complete without the anthem that rocked the dance floor this year at A State Of Trance 800.

That track, of course, is “I live For That Energy”! The placement of this track on this particular album is divine. Getting caught up in all the energy and dancing around my house without a care in the world, a smile stretched across my face when suddenly, the opening lyrics for “I Live For That Energy” pounded through my speakers. If I have to be honest, this track was an acquired taste for me. But today, I have fallen in love. It’s incredible how the right moment makes all the difference in the world. I am so caught up in the delivery of this album that I simply could not control my reaction when “I Live For That Energy” snuck in and reminded me why Armin will always be the true sultan of trance. As I continue on I get swept away in a sea of emotion and suddenly I am grabbed by one of the most brilliant pieces of work that I have ever heard! All I can say is that Heaven’s Cry, “Voices” may just be the most intense piece of work on this album. You don’t even see it coming but when it does…..strap yourself in because you are going on the ride of your life!!

What is incredible about this disc is that just when you think you have reached the highest point, it simply keeps on getting higher!

I am reminded why I love this genre so much as there is nothing on this planet that can drive me in the way that trance music does. This genre stands on its own with the most touching and soul piercing sounds to ever flow through the airwaves. As we reach the latter half of the disc, tracks like Robert Nickson’s “Heliopause” and Ultimate & Moonsouls feat. Marjan’s  “No One Else” adds to the uplift and tip to a more hypnotic vibe as the album rounds out, never ceasing in energy or drive. At this point, I feel that we are nearing the end of a brilliant journey that is A State of Trance 2017. But not without hitting yet another crescendo with Shinovi’s “Indian Summer” and DRYM’s “Wraith”. Finally, we have reached the finale and as Scott Bond & Charlie Walker vs Trouser Enthusiasts’ “Sweet Release” is unveiled, we wind down, all the while keeping the glorious melody intact, leaving me begging for more! I wish this album would go on forever! A resounding round of applause for Armin van Buuren for putting together what I believe will go down in history as one of the greatest compilation albums to ever grace our scene!

CD1: On The Beach 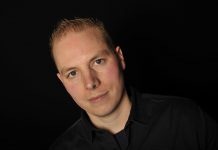 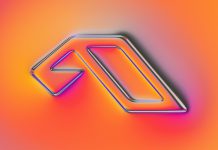 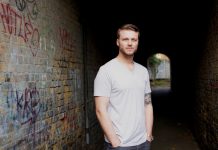 KOLONIE Spins Trance Tunes to Showcase the Sound of London