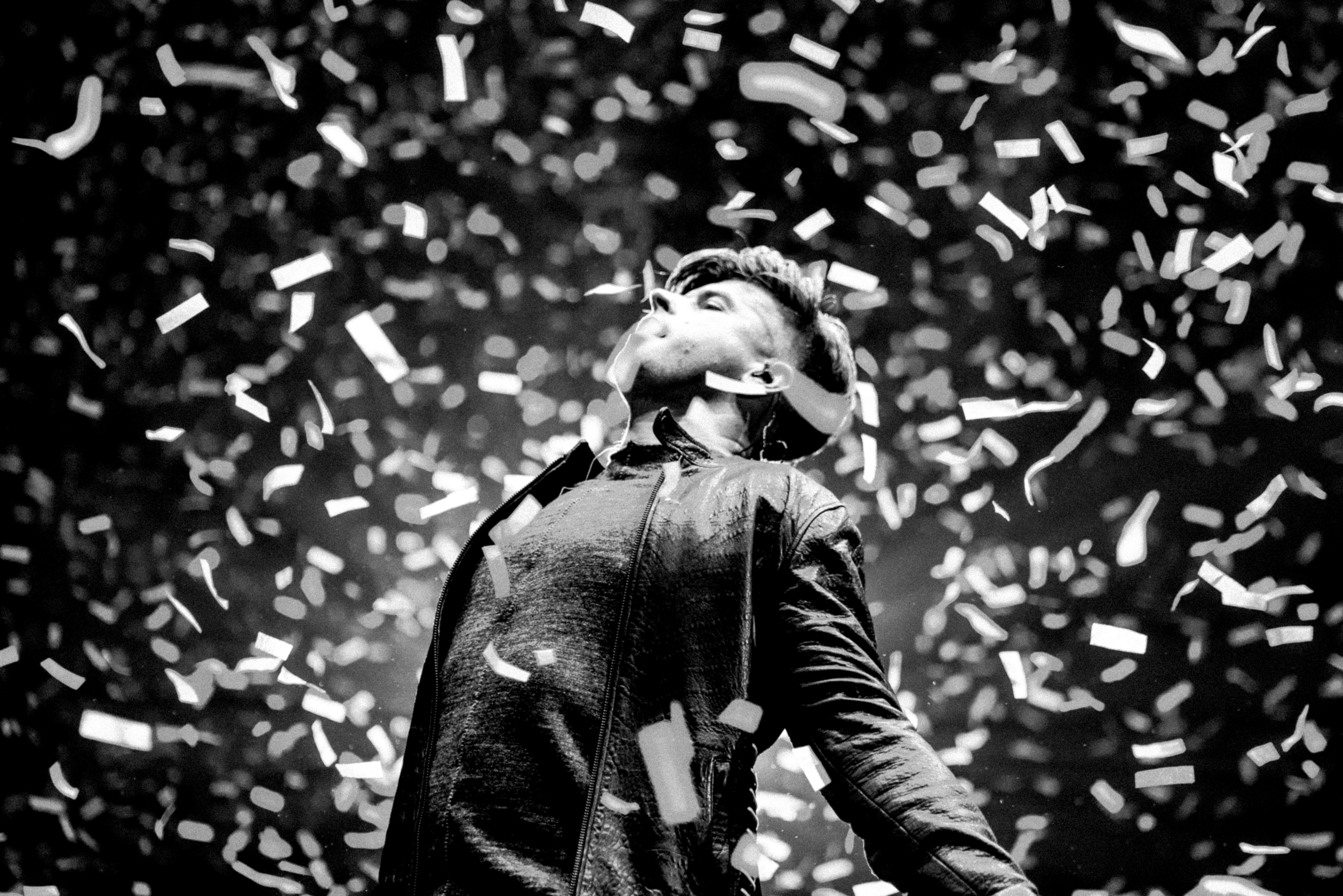 Andrew Bullimore, better known as BullySongs, is an artist that everyone should be keeping their eyes on in 2016 and beyond. Hailing from the United Kingdom, his breakthrough was when Armin van Buuren approached him regarding his demo for “Caught In The Slipstream”. Falling in love with the sound, Armin decided to release a version with BullySongs on vocals, and has since toured on Armin Only to provide a live experience with the track. Not stopping there, he has continually released massive anthems with producers who play key roles in the current dance scene ranging from The Chainsmokers to Flux Pavilion. Not to mention he worked with Galantis on platinum hit “No Money”, and more recently with legendary artist Benny Benassi on “Universe”. Get to the lowdown BullySongs today and get in the know!

In the past year you’ve had a lot of success, what keeps you going when you’re traveling and playing shows around the world?

It’s definitely been a crazy year, but honestly I’m doing everything I love right now so I feel super blessed. It’s hard being away from my family but my kids definitely keep me grounded and there’s nothing better than coming home to my boys.

Can you describe your sound to someone who’s new to listening to you?

Imagine if Chris Martin and Skrillex got together for a jam.

Is having the ability to work in multiple platforms of music appealing to you? Do you think this makes you more versatile as a producer?

For sure, writing in different genres means you don’t get stuck in one lane when it comes to songwriting. You can take little tricks from other genres which actually makes it sound exciting and new… I think cross collaboration paves the way for new ideas.

“No Money” went Platinum! What was it like co-writing this track with Galantis?

Really awesome. Me and one of my favourite collaborators Digital Farm Animals cooked up a hook together one afternoon and got my son Reece to lay vocals on it, then the Galantis boys worked their magic on the production and voila, “No Money” was born! Still pinching myself as to how well it’s done.

How is it playing with Armin van Buuren on Armin Only? What are some things you enjoy about the show and production?

The show is insane, the biggest show of its kind in the world. There are so many talented people involved from singers to dancers to bands to trumpet players and even a ballerina, it’s a huge honour to be part of something so big. It’s basically the classiest rave you could ever go to. Huge crowds, huge sound, huge pyrotechnics and huge performances…. something not to be missed.

You’ve had a lot of collaborations with major artists like The Chainsmokers, Steve Aoki, Armin van Buuren and Galantis. Which track means the most to you?

It’s such an honour working with such giants in the game and amazingly talented collaborators, but for me personally the Galantis track means the most. The fact I can share my biggest success to date with my son is just mind blowing. We have a platinum disc with both of our names on it – talk about father/son goals!

What did you gain from collaborating with Benny Benassi on the track “Universe” and what was the story behind this collaboration?

I’ve always loved what Benny brings musically, I remember first hearing ‘Satisfaction’ way back and thinking how different and fresh it sounded. And now to get to collaborate with such a legend in the game is an honour for me. I actually already had the song over piano which we sent over to Benny, who loved it and smashed the production into what you can hear now.

If you had to replay any show this year what would it be?

Without a doubt it has to be the gig I just played with Armin Only in Mexico City. I have never felt such energy from a crowd in my life. They were the loudest by far, singing all the words, and I have never felt that much love in one place before. Would play that gig a hundred times over.

How has where you came from made an impact on your sound? Do you think your surroundings shape you as an artist?

I totally believe we are what we know. Every experience, conversation, heartbreak, friendship and argument… Also living in the UK definitely influences you – we have so many great artists that go on to conquer the world from such a small island, it’s hard to not to soak up their drive and energy and ambition. Also I think the UK has its own sound which is important when you’re collaborating with artists from other countries.

Loads coming, nothing I can tell you just yet but I’ve been really busy with my favourite writers and collaborators in the studio, so keep your ear to the ground for what’s coming. In the meantime I’m really excited about this track I co-wrote for Vanic called “Samurai”. It features the vocals of Katy Tizz and I think it’s a banger!! It’s on Spotify now so go check it.

Connect with BullySongs on Social Media:

#TBT || Kaskade With Rebecca & Fiona – Turn It Down