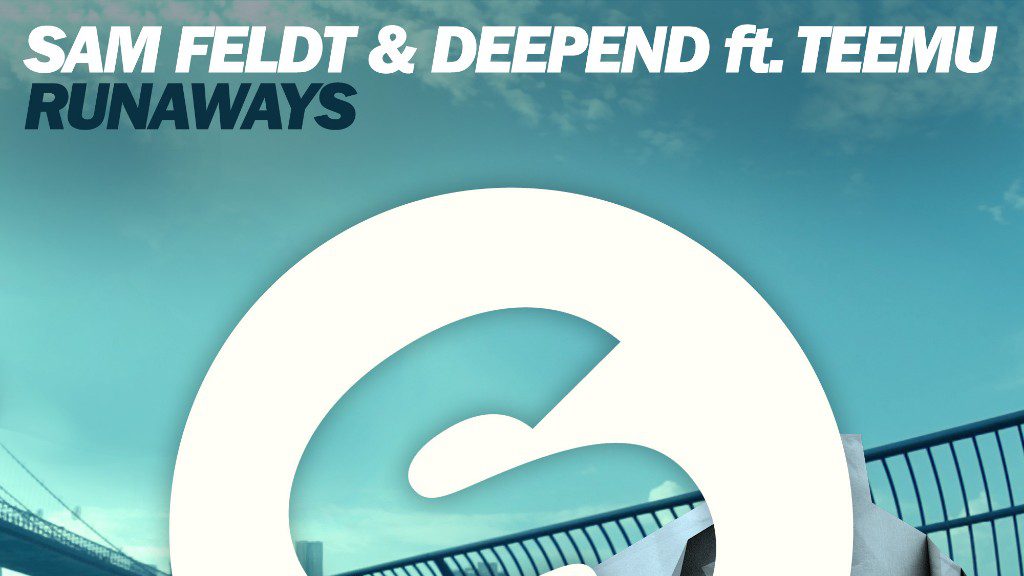 Sam Feldt and Deepend’s new release “Runaways” is the perfect track to keep the summer vibes flowing through the upcoming colder months!

For those who love tropical house, this collaboration is a must-listen. Released this week on Spinnin’ Records, Sam Feldt and Deepend‘s collaboration “Runaways” is a beautiful integration of a melodic guitar hook, piano chords, and Teemu’s emotive vocals. The bittersweet lyrics tell the story of two lovers running away together from loneliness that haunts people every day.

Sam Feldt has had a phenomenal year in 2016, one of his biggest accomplishments being his esteemed hit song,”Summer on You,” with production duo Lucas & Steve. A true song of the summer, the track accrued over 7 million Spotify plays, and reached #1 in his hometown of Holland. He recently played CRSSD Festival Fall in San Diego, and is wrapping up his US tour with Bakermat.

This year has also been a success for Deepend as well; the Dutch duo has received lots of love for their rework of Matt Simon’s “Catch and Release,” which hit #1 for three weeks in European airplay charts and reached over 130 million Spotify plays. Other popular tracks include their remixes of Gnash’s, “I Hate U, I Love U,” and Robin Schulz’s, “Heatwave.”

Check out the Music Video for “Runaways” on YouTube: