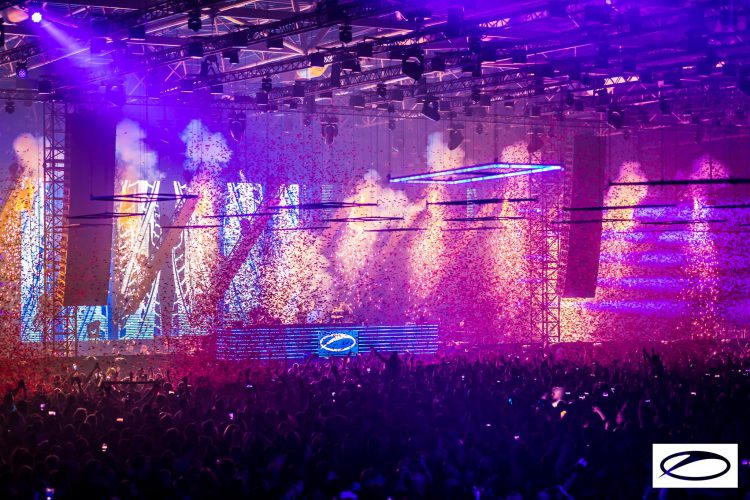 Armin van Buuren enlists all-stars in trance to knock out a two-day lineup for the return of A State Of Trance Festival in Utrecht!

Two years ago, COVID-19 threw off the plans celebrating the immense broadcast milestone of 1000 episodes of Armin van Buuren‘s long-running A State Of Trance radio show. While the 1000 celebration kept getting kicked around due to COVID regulations in The Netherlands, we did not know what the future held for the festivals and celebrations of future milestones. With 2023, we now have an idea – Armin gathers his genre’s compatriots and will be celebrating over a full weekend at the home of former ASOT celebrations – Jaarbeurs Utrecht.

A few tidbits of information about the show for you to digest before diving into the talent. The show is now scheduled for March 3-4 and will honor tickets bought for the postponed September make-up for the 1000th show. The show runs from 19:00 to 01:00 on Friday and features a special five-hour set from Armin himself. Saturday kicks everything into high gear with five different stages of talent and a show time of 22:00 to 06:00. Sadly, tickets are sold out, but there is a waiting list option in the event other fans are selling their tickets!

In a fun tradition, Armin van Buuren yet again announced the lineup for ASOT 2023 Celebration Weekend during a special episode of A State Of Trance. True to form, the lineup sparkles with a smattering of well-established legends and rising stars across the sounds that shape trance. Ready to rock the worldwide fans in March are the likes of Cosmic Gate, Ferry Corsten, Ruben de Ronde, Andrew Rayel, Giuseppe Ottaviani, and more!

Further, the ASOT 2023 Celebration Weekend elevates rising talents like Ciaran McAuley, AVIRA, XiJaro & Pitch, and Siskin. Fans will also indulge in the unique sounds of talents that create unique atmospheres, such as ARTBAT and Enrico Sangiuliano, challenge expectations with Matt Fax and Pretty Pink, and hopefully, lift the spirits with Ben Gold and Jorn van Deynhoven. If you have tickets, we are sure you’ll find plenty to satisfy those trance desires.

Tickets for ASOT 1000 are completely sold out. Please be wary of any third-party tickets not purchased through official re-sale platforms. Check out the full lineup below, and let us know if you plan to attend in the comments!