Matt Fax Chats with Us Ahead of Dreamstate SoCal 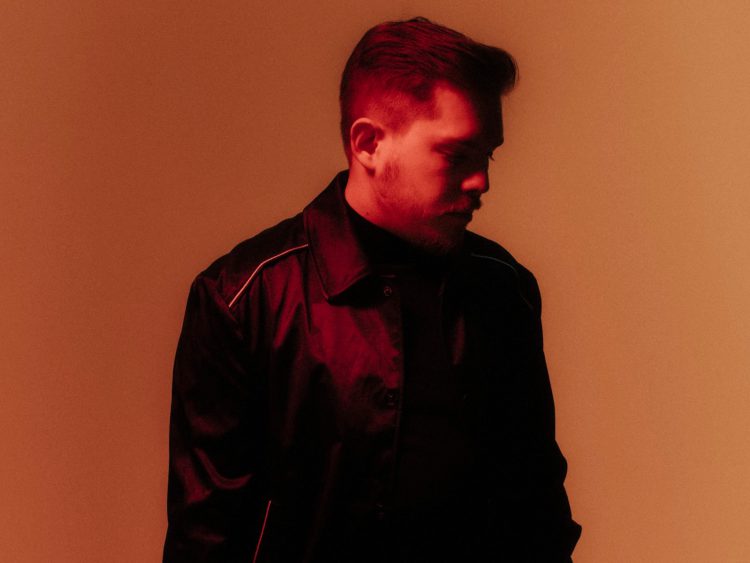 As Matt Fax prepares to perform at Dreamstate, he gives us the scoop about Colorscapes Volume Four and his brand-new label, Chromattic!

Since taking his first steps in the scene at the age of 13, Matt Fax has chased big dreams and has earned his spot as one of the most dazzling artists to step into the game. His eclectic array of trance, techno, progressive, melodic, and deep house offerings have landed him on some of the best labels on the planet including Armada, Anjunabeats, Black Hole, and Coldharbour, while also flexing his diversity through his Matters alias.

After signing with Enhanced, his debut album Contrast would emerge on their sub-label Colorize. And after years of dedication to the imprint, he would take the reigns on Colorize’s Colorscapes compilation project, helping to cultivate his tastemaking abilities while also blessing the series with his own offerings like “Atlas,” “Higher” with Boxer, and “Close My Eyes” alongside Jack Dawson. Among all of his projects, including the release of his second album Progressions, he found time to nurture his own radio show called Chromattic Radio, thus leading to the recent unveiling of his brand new record label, Chromattic Music.

Kicking off this exhilarating new chapter, Matt Fax has chosen “Energy” to set the tone for what will be a platform reserved for his own music. The world is, without a doubt, incredibly excited to join Matt on the journey and he’s ready to celebrate with his fans on Friday, November 19, on the Void stage at the highly anticipated trance massive, Dreamstate! In honor of his upcoming performance, the release of Colorscapes Volume 4, and his brand-new label, we caught up with the French producer to get the inside scoop. So, kick back and turn the volume up on the compilation and continue on for our chat below!

Hi Matt, thanks so much for taking the time to chat with us. There’s been a lot going on in your life lately, so let’s get into it…. First up, you just recently mixed the latest edition of the Colorscapes compilation, Colorscapes Vol. 4. This has been a project near and dear to your heart since its inception so can you walk us through its character evolution and how it has impacted your personal growth and creativity?

The series really set itself as one of the best compilations in the game despite the fact it only has four volumes. I think each volume has a unique vibe, but still showcases the many talents of the Colorize label.

Let’s talk about your own section on Volume Four. When curating, was there a specific vibe you were going for and since the tracks were almost all completely new and/or unreleased, can you walk us through your demo/discovery process?

Usually, when I do these mixes, I like to construct my mix around my own new productions. This time I wanted to showcase the up-and-coming talents on the label. I received a huge pack of demos from Colorize A&R for me to choose from and immediately started writing down my favorites and combining them together.

Switching gears to the major announcement you just made. You’ve launched your own imprint called Chromattic. First and foremost, congratulations! What inspired you to take this huge step?

It’s been a dream I had for a long time now. Being in the industry for more than ten years, I wanted a place where I could control and own my music, as well as build a brand directly associated with myself.

The ability for you to own and control your own music is a game changer. With this newfound freedom, can fans expect to see a new side of you in terms of genre style/musical direction?

First off they should not expect any regularity in the release schedule, it’s going to be every once in a while, whenever I feel I should release it. In terms of styles, I think I will explore a lot of different styles for sure, but still rotate around the Progressive spectrum I think.

What is the most challenging thing about getting a brand-new label up and running? In essence, what all goes into it before launch day?

The most challenging is to get the word out. There are already so many releases on so many labels, it’s hard to get heard by the mass. I also do everything on my label, from the production, mixing, and mastering, to the artwork, promo assets, uploads, and promotions in general. I’m a little bit of a control freak.

You’ve launched the imprint with “Energy.” Talk to us about that track. Why was this the ONE that would begin it all for Chromattic?

It’s a track I made for my EDC Las Vegas set back in May with no intention of releasing it at first. When my manager heard it, he suggested adding a vocal and getting it out. It was first considered for Colorize, but we thought it was too clubby for it. We both knew it could be a big record, and when I first spoke about creating a label, we thought it could be a great kickstarter.

Additionally, you’ve mentioned that you will be solely focused on releasing your own music on Chromattic. Can you talk about that decision and is there potential for that to change in the future?

I think my label is too young to take care of artists and promote other people. I think there are already a billion great Progressive labels that can promote and release tracks better than I would. I’m not saying it could never happen, but for now, I’m focusing on building my brand.

Finally, you’re heading back to Dreamstate SoCal this month! What do you love most about this festival when comparing it to other trance-centric ones around the globe? Can you give us any ideas of what you have in store for this year’s set?

I love Dreamstate, it’s one of my favorite festivals to play and witness. It’s like the equivalent of ASOT in America for me. The production and crew are so sweet and professional, it’s always a good time. This year I think I’m going to play a rather classic set, focusing on the past ten years, like closing a chapter before opening a new one next year.