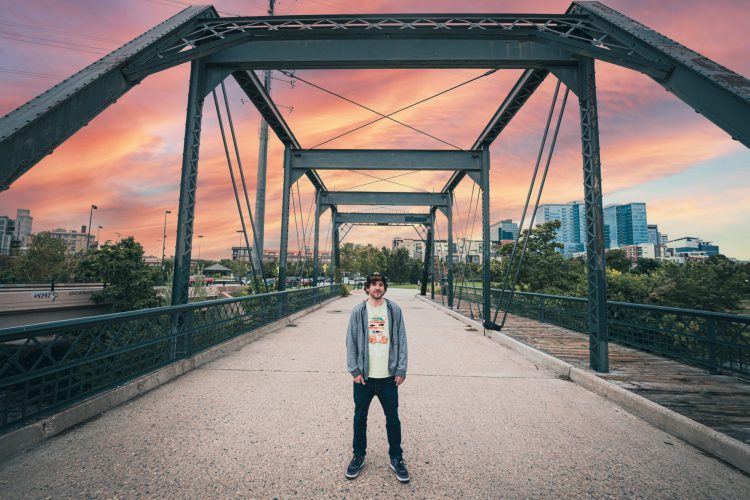 Manic Focus announces his seventh studio album, Never Not Blue, and drops off lead single, “You Do You,” to give fans a taste of his electro-funk sound.

Denver-based electronic music producer Manic Focus has been making his impression on the music scene ever since the release of his first full-length album, Expanding Mind. No stranger to the festival circuit and Colorado’s music scene, he has opened up for Emancipator, Pretty Lights, and Zhu at Red Rocks, while also impressing crowds at festivals, including Lollapalooza, Bonnaroo, Suwannee Hulaween, and more over the years.

Last year saw Manic Focus continue on his path of dominating the minds of his fans with releases like Future Flux on WAKAAN. Now, in 2023, he returns to the forefront with the announcement of his seventh full-length studio album, Never Not Blue, set to be released in full later this year, and its lead single, “You Do You.” This track brings a fresh, funky, and liberating vibe to listeners and generates some hype for what’s to come with the full album.

The vocal hook from the start of “You Do You” opens up the tune for listeners to just sink into a feeling of freedom. A wavey synth lick comes in with a future-funk sound, while the first drop employs climbing FM synth paired with choppy bass stabs to really loosen up hips on the dancefloor. Piano chords and guitar give some reprieve from the heavy-hitting energy incumbent in the tune, but energy is never lost throughout the track.

I wanted to return to the blues-electronic style I was experimenting with in 2013, which led to this tune. I love combining classic blues sounds with modern synth elements!

Those looking to get a look at the future of Manic Focus as he gears up for the release of Never Not Blue should catch him on tour. He will be joining Break Science for an evening in Austin, TX on February 25, and making another appearance at Red Rocks on April 8 with The Widdler, Integrate, and Boogie T.

Listen to “You Do You” on Spotify or your preferred platform, and stay tuned for the full release of Never Not Blue later this year!

Stream Manic Focus – You Do You on Spotify: