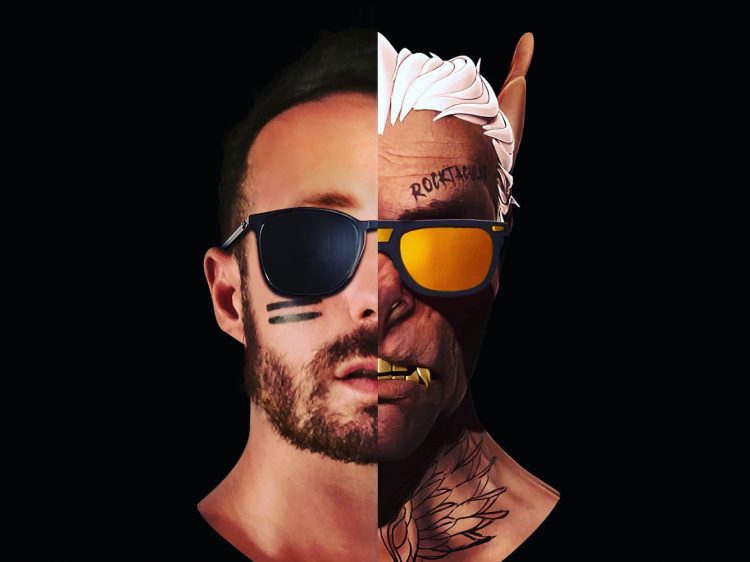 Ron Puma releases his first solo EP, Rocktacular, and it is brimming with a fusion of high-energy electro-funk hip-hop tunes!

Ron Puma, also known as Antoine Toustou, is a Parisian producer and multi-instrumentalist, cultivating a new sound that bridges his earliest musical influences of ’80s funk with infectious French house beats and modern hip-hop elements. A former member of Caravan Palace, he now injects his musical prowess into this new project layering catchy hip-hop toplines over dance-forward melodies and infectious drum patterns. His debut EP is a beautifully crafted culmination of sounds that spans Toustou’s career while allowing him to explore the vast soundscape of the electronic realm.

The five-track Rocktacluar EP sees Ron Puma transforms himself into the protagonist of his own story, where he invites listeners on a groovy sonic excursion. “Alive” sees him step into the main character role of a Daft Punk meets Michael Jackson’s “Thriller”-esque world. Immediately drawn in by dazzling instrumentation, the listener is able to drift through the cosmos of a newly crafted story riding the wake of his vocals. The track is brought to life by Buffalo-based Daikon Studio, where Puma can be seen cruising through a dystopian Paris where he finds solace in music, a bright palate of neons, and futuristic late-night drives.

The EP continues with “Boomerang,” a heavier electro-infused tune that transforms into a modern hip-hop banger that will surely juice up your day. “Stop Me” follows in energy, taking the listener deeper into the electro-funk world with driving basslines and brass instrumentation before ending with flutters of synths and other experimental sounds.

The EP comes to a close with “Destroyerz” and “Habit,” which will leave listeners with an immediate inclination to travel through the Rocktacular universe once more. The first of much more to come, Ron Puma takes all he has learned from his career and distills it into a polished and familiar yet fresh new take on electro, funk, hip-hop, and French house.

Take a ride with Ron Puma and his newly created werewolf persona as he curates a new sound that will have you dancing around your office, car, and house. Listen to Rocktacular in its entirety on Spotify or your favorite streaming platform!