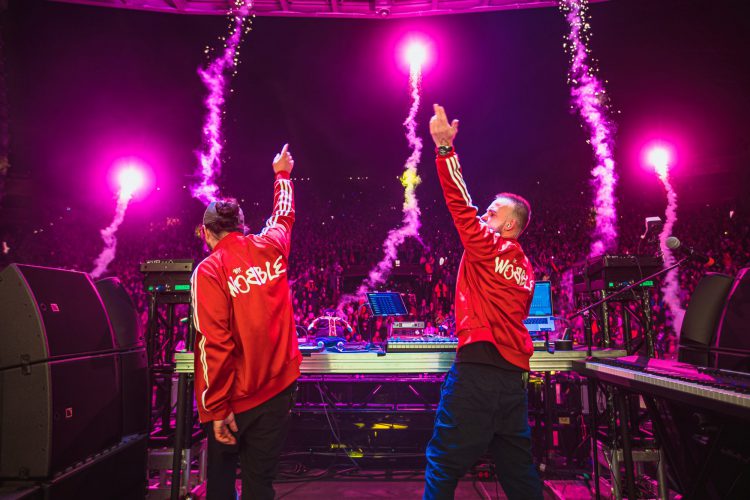 Ganja White Night is bringing some wobble to Red Rocks this May with a stacked lineup featuring EAZYBAKED, Kumarion, and more.

Dynamic Belgian bass duo Ganja White Night has thrown down some impressive releases over the past few years, like their album, Dark Wobble, which landed in 2021, and recent collaborations with LSDREAM and PEEKABOO that saw them sink their teeth further into the scene. Additionally, they’ve curated shows along the way – but few have been as beloved by their fans as Wobble Rocks. First making its debut in 2021, this multi-night affair brought some of the best in the bass realm to Red Rocks, and now after taking a year off and hosting Wobble Coliseum in 2022, it’s finally set to make a return to Colorado on May 6 – 7.

While both nights of Wobble Rocks II will feature unique sets from Ganja White Night at the iconic venue, there is plenty more for their faithful fans as they’ve announced some stunners who are set to play in support. On May 6, the duo will be joined by some of the most impressive artists on the rise in the bass scene – EAZYBAKED, Kumarion, Sicaria Sound, LYNY, and R.O. Then, Red Rocks will wobble once again on the second night when Gentlemens Club, IT HZ, Bricksquash, Cool Customer, and Abstrakt Sonance dominate the decks to start the show.

Pre-sale two-day and single-day tickets for Wobble Rocks II go on sale Thursday, January 5 at 10am MT via AXS. Use code GWNRRX to access your passes, and let us know if you’re planning to attend on Twitter!