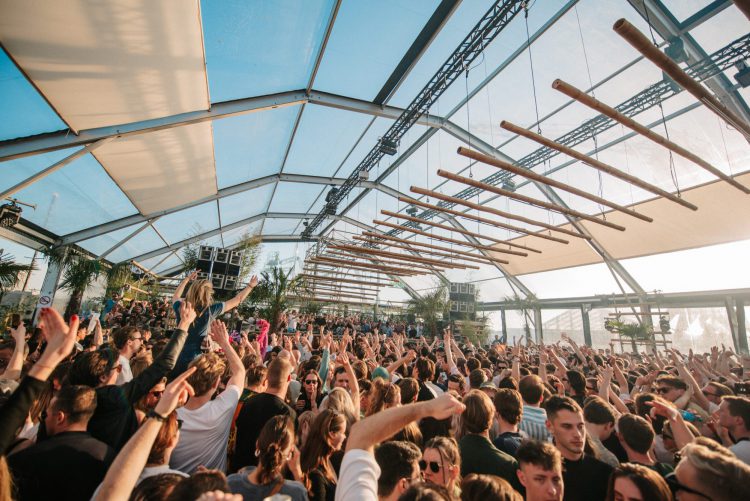 DGTL Amsterdam has positioned itself as one of the most unique festivals on the planet since its first edition in 2013. Now, a decade later, the festival continues its mission of supporting music, art, sustainability, and responsibility and recently announced its upcoming edition at the NDSM Docklands that’s set to take place on April 7-9.

When DGTL Amsterdam dropped the dates for the 2023 edition, the festival’s organizers promised that this would be one of the biggest and best lineups yet, and they’ve delivered on that promise with the artists revealed today. Immediate standouts set to play on Friday and Saturday include Honey Dijon, CamelPhat, Jan Blomqvist, Monolink, VTSS, Hot Since 82, Sherelle, Bonobo, Satori, Jayda G, Ross From Friends, DJ Seinfeld, Paula Temple, and The Martinez Brothers, but that’s just a taste of what’s in store.

Friday is when the DGTL Amsterdam party really kicks off, and they’ve curated some impressive artists for the opening party – The Blessed Madonna, mura masa, Passion Deez, and TAAHLIAH & I. Jordan. Each night of the festival also features an afterparty to keep everyone dancing deep into the night, with artists such as Danilo Plessow (MCDE) and Denis Sulta playing Saturday while others like Benny Rodrigues and Dr. Rubenstein will take the stage Sunday.

Additionally, this DGTL Amsterdam has reasserted their commitment to the environment and their attendees with two initiatives. The festival intends to further expand on its environmental impact by using its circular systems to reduce its emissions to zero while urging attendees to take responsibility for the emissions from their travel to the festival. As for attendees, the mission of bringing more inclusivity is paramount to DGTL AMS, and the DGTL Safe(r) Project will return after its debut in 2022 to help promote safe spaces and festival ethics.

Check out the full lineup for DGTL Amsterdam, head to their official website for more details, and make sure to grab your tickets if you plan to attend this festival in The Netherlands this spring!