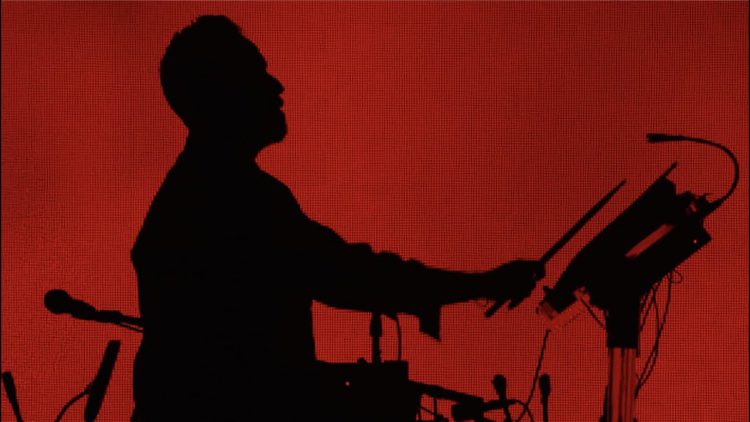 RÜFÜS DU SOL caps off their massive run in 2022 by releasing the live video of “On My Knees” from their performance at The Gorge.

To say that RÜFÜS DU SOL has been on an ambitious run in 2022 would be an understatement. The trio rode the wave of their fourth album, Surrender, by embarking on a multi-leg tour that took them to iconic venues and major festivals all over the planet. At the same time, they double-downed on the experience side of the spectrum by hosting the debut edition of Sundream in Tulum and curated some stunning remixes for tracks off the album as well.

There were two specific nights hosted by RÜFÜS DU SOL in the United States really stole the show this year. One was their impressive performance at the Hollywood Bowl, which did bring a touch of confusion for fans as Tyrone Lindqvist dropped the news that the show marked the end of a chapter for them as a unit. But don’t fret – they just won’t be living together in Los Angeles anymore.

Related: Want to experience something special with RÜFÜS DU SOL in 2023? Check out the details for Sundream Baja!

The other unique show featuring RÜFÜS DU SOL was nestled up in the Pacific Northwest at one of the most beloved venues on Earth, The Gorge. Taking place in October, the trio was joined by Rose Avenue mainstay Paraleven and the hotter-than-ever Fred again.. for a single night that surely provided plenty of memories for fans that will stay with them for years to come. While many have hoped for an official release of their set that night, RÜFÜS DU SOL dropped off an early Christmas gift today by releasing a video of “On My Knees” that was recorded during the show.

“On My Knees” is one of the top singles from Surrender and was recently nominated for the 2023 Grammy Awards alongside the album itself, so it was fitting that this smashing track gets some added love. Check out the full video on YouTube, listen to the release on your favorite platform, and stay tuned for more from RÜFÜS DU SOL as they embark on their next chapter in 2023!

Watch RUFÜS DU SOL – On My Knees (Live At The Gorge) on YouTube: