‘Surrender’ Your Worries Away with RÜFÜS DU SOL 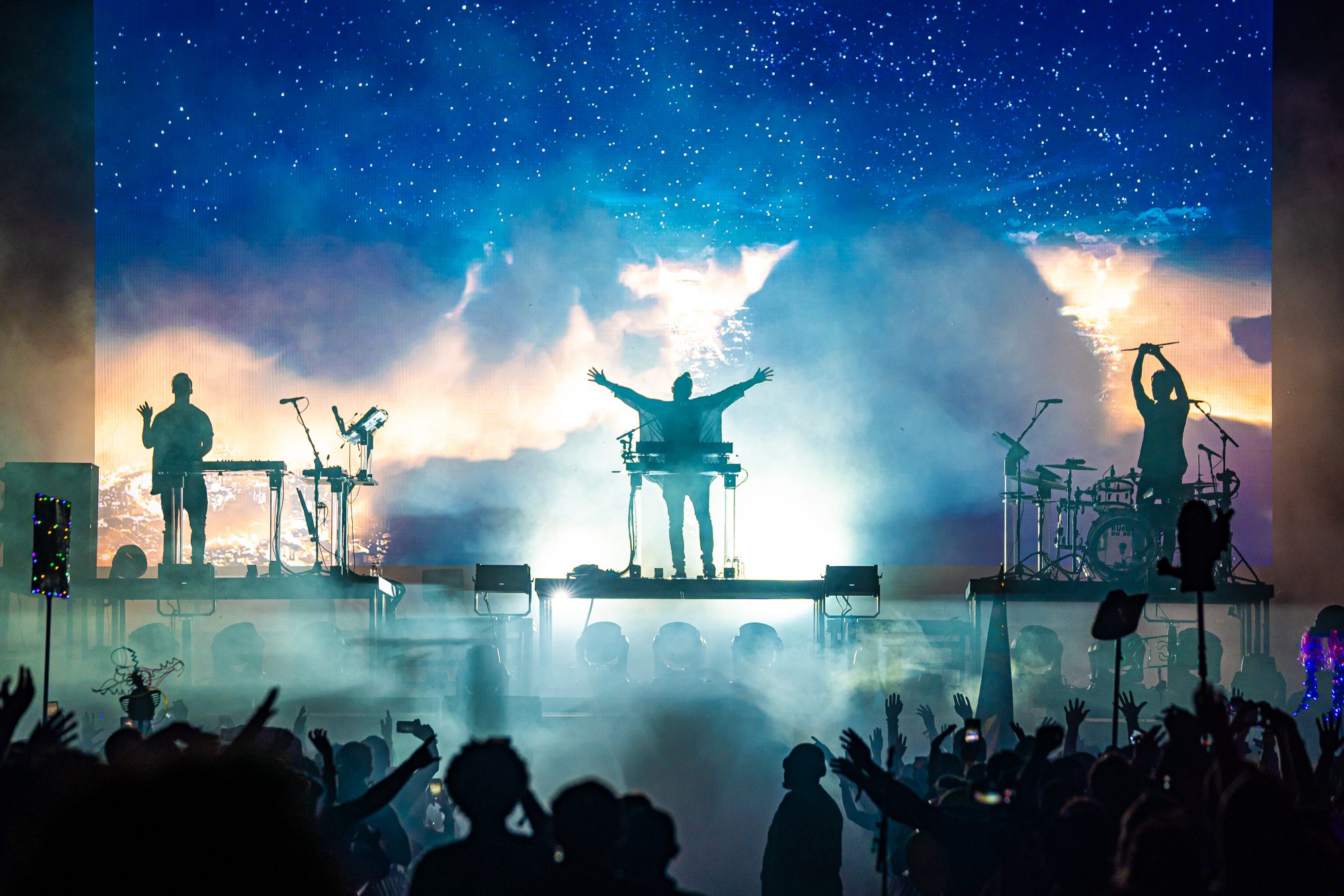 RÜFÜS DU SOL is back with their brand new album, Surrender, a collection of sounds that’ll surely make you feel alive.

There’s nothing quite like getting swept away in the soundscapes created by RÜFÜS DU SOL. The iconic group is a whirlwind of deep, groovy beats intertwined with catchy and heartfelt lyrics. Everything they produce is packed with emotions and frequencies you can’t help but smile, close your eyes and shuffle around to. Releases like SOLACE, and Bloom perfectly capture the emotionally charged frequencies that come out of the RÜFÜS DU SOL project. And now, they’re back at it once again, with Surrender.

This album is an exceptional collection of warm, powerful, heartwrenching, and sensational tracks, and RÜFÜS DU SOL. They once again capture the hearts of listeners, filling them with immense feelings of joy and letting go. Surrender instantly takes fans on a journey from the moment it begins, sweeping them up in those signature RÜFÜS cadences. Throughout the 11 tracks found within the album, they open their hearts and bleed out raw emotion to those who will listen, in turn letting us all know that we aren’t alone and that it’s okay to feel and to let go.

Having a deep connection with music is a beautiful thing, and that’s exactly what happens whenever RÜFÜS DUL SOL creates. You feel emotions pouring out like a waterfall as you fall into the cavernous soundscapes that make up their melodies. Earlier this year, the group graced fans with a magical night at the famed Red Rocks Amphitheater in Colorado where attendees were lucky enough to hear a handful of tracks off the album, including “Alive,” and “Next To Me.”

There’s not a moment during Surrender that won’t have you feeling something, whether that’s love, sorrow, or simply feeling alive. Tracks that we particularly connected with on Surrender were “I Don’t Wanna Leave” and “Devotion.” The lyrics are overpoweringly beautiful and something just clicked. Especially in “Devotion,” the melody is so addictive and you’ll find yourself singing along to the lyrics as you listen again and again. We found ourselves closing our eyes and just letting go, as RÜFÜS DUL SOL carried us away to places of solace.

In addition to the aforementioned, “Wildfire” burned a hole deep in our hearts and we found ourselves “Surrendering” our worries to those sweet melodies and vocals of RÜFÜS DUL SOL filling our ears. The group has mastered eliciting strong emotion in their songs and gives us a glimpse into their experiences through them. Time and time again, RÜFÜS DU SOL blows us away with everything they do, and Surrender is a masterpiece that’s set to be one of the most emotional releases of 2021.

Be sure to stream it on your preferred music platform and let it be the soundtrack to your weekend. If you had a song you were really feeling, let us know in the comments!