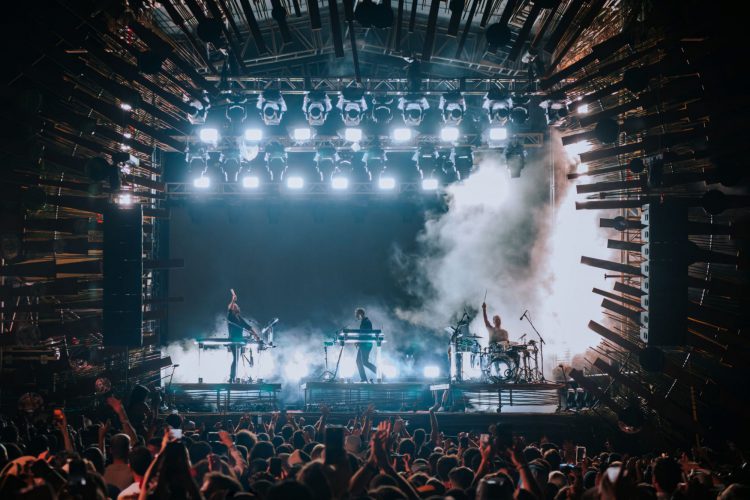 RÜFÜS DU SOL just announced Sundream Baja with Monolink, Michael Bibi, Tale Of Us, and more set to join in on the fun.

Beloved trio RÜFÜS DU SOL has gained a global following over the years, with fans continuing to gravitate to their beautiful beats and stunning performances. While their festival sets, standalone shows, and massive tours have drawn in plenty of attendees, they added something even more special to their legacy this year when they revealed their very own experience, Sundream Tulum. Today, RÜFÜS DU SOL announced its return in 2023 for a sophomore edition, but this time it will head to the opposite coast of the country for Sundream Baja.

Sundream Baja is set to take place on May 5-8 at the El Ganzo Sculpture Gardens in San José del Cabo. The four-day festival will offer everything from wellness activities to intimate DJ sessions at the venue that’s tucked away minutes from the city’s center and just behind the beaches of Los Cabos. Additionally, performances will take place at Crania, an extreme reclamation project that offers a Burning Man-esque aesthetic and hosts bespoke events.

Paired with the announcement of Sundream Baja is the lineup of artists slated to perform all weekend long. RÜFÜS DU SOL will play two sets, and they will be joined by fellow headliners Tale Of Us, Michael Bibi, and Monolink, who are all sure to impress. Other DJs taking the stage over the course of the weekend include Weval, Jimi Jules, Luke Alessi, Jonas Rathsman, Yulia Niko, Desiree, Arodes, Modern Tales, Kalexis, Maria Nocheydia, and Litos, while DJ Tennis and Carlita will perform a b2b set that you won’t want to miss.

Passes to Sundream Baja start at $480 (+tax and fees) during the first release, with travel packages also available for those who want to have their experience be one that’s seamless. All passes will be available starting on Friday, December 16, at 11am PT. Head over to the official website for more details, and let us know if you plan to attend on Twitter!