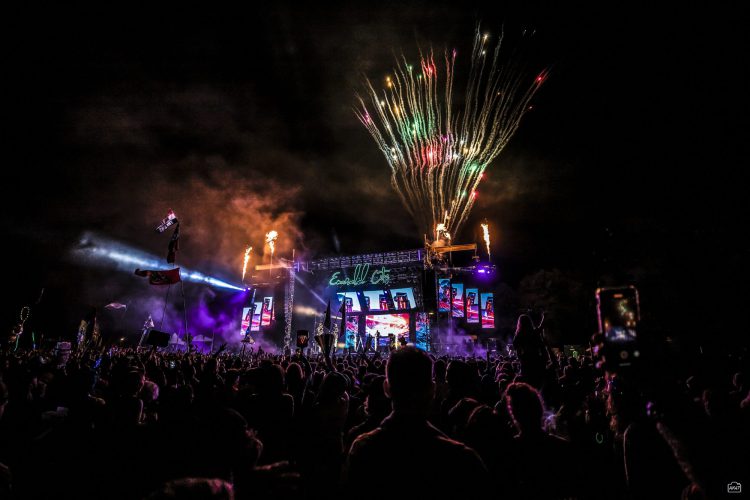 Bass will be booming outside of Kansas City once again when Dancefestopia revs its engines and kicks off its 2023 edition on September 4-10. This massive, seven-day, seven-night experience at the Wildwood Outdoor Education Center in La Cygne has already caught the attention of those who love the dynamic sounds of bass music. Today, Dancefestopia revealed its initial lineup, and it’s clearly shaping up to be another wicked week of wubs in the Midwest.

Headlining the upcoming edition of Dancefestopia are three of the most powerful acts in the bass scene today – Zeds Dead, Excision, and Subtronics. Additionally, Bear Grillz, Borgore, Doctor P, FuntCase, Kai Wachi, Zomboy, Knife Party, and more are found on the second line of the list, along with Thursday night’s headliner Sullivan King.

But if you thought that the festival was done there, you’d be sorely mistaken as the undercard is stacked with plenty of talented artists as well. Whether you want to get down to the sounds of EAZYBAKED, HEYZ, Hi I’m Ghost, Wreckno, and The Sponges or get blasted by bass from A Hundred Drums, DMVU, Infekt, Versa, Tape B, and Space Wizard, Dancefestopia has you covered. Other sets that shouldn’t be missed include those from LAYZ, Oddprophet, Jaenga, and SWARM, while the SVDDEN DEATH set is sure to be one you simply can’t ignore.

This is just a taste of what’s in store at Dancefestopia as more artists will be announced in the future. If you’re planning to make your way to Kansas City to bask in the bass then start planning now as GA, VIP, and Super VIP passes, along with camping options and add-ons such as early entry, pool passes, and merch bundles, are available for the upcoming edition.

Tickets, camping passes, and add-ons for Dancefestopia 2023 are available now, with current payment plans ending on December 30. Head over to their official website for more details and to make your purchase!