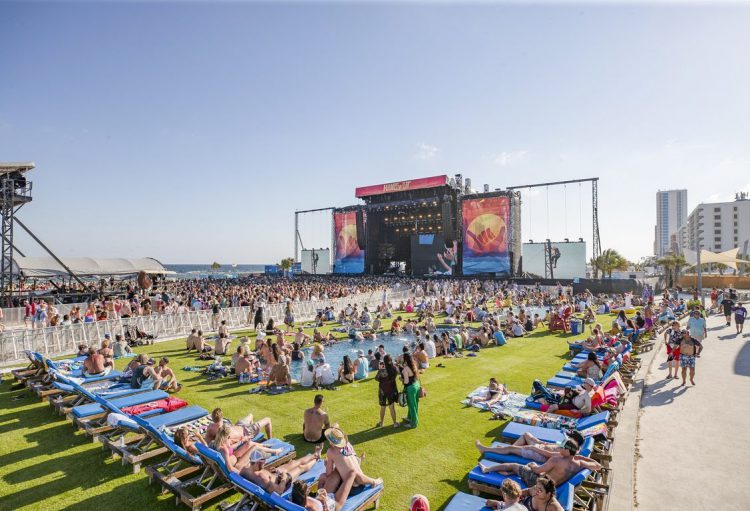 There’s some magic in the air in Gulf Shores, Alabama, each May when Hangout Festival kicks into full gear. This festival that’s nestled right on the white sand beaches is truly something else, with plenty of activities and fantastic artists to check out. The latest edition featured a bevy of top acts that ranged from rock and pop to hip-hop and electronic, and the upcoming weekend on May 19-21 is shaping up to be another amazing one.

Last week, Hangout Festival released a number of Beach Vacation Packages for attendees to consider while teasing that more news would be revealed soon. Those making their way to Gulf Shores didn’t have to wait long as today, the full lineup was revealed. A jaw-dropping list of headliners – Red Hot Chili Peppers, Flume, SZA, Skrillex, Calvin Harris, Paramore, Lil Nas X, and The Kid Laroi – sit atop the lineup to immediately draw your attention, but there’s plenty more in store.

Found in the undercard are a plethora of other showstoppers in the scene. This includes Alison Wonderland, Big Wild, GRYFFIN, John Summit, REZZ, and Said The Sky, along with a number of rising stars that range from Nostalgix and Wenzday to Ranger Trucco and HoneyLuv. Other electronic acts that shouldn’t be missed include Aluna, A Hundred Drums, Moore Kismet, and Dr. Fresch.

Those looking for a dose of hip-hop at Hangout Fest won’t want to miss FERG, GloRilla, and Kevin Gates, while Thundercat is sure to set a vibe with his R&B style. Mayday Parade, The Maine, Rainbow Kitten Surprise, Ashe, Tove Lo, and Alabama’s The Vegabonds will be lighting up crowds with their performances at the festival as well.

Beach Vacation Packages for Hangout Fest are available now. Those planning to grab tickets should pre-register for access as soon as possible, as the pre-sale begins on Friday, December 9 at 10am CST. Head over to their website to register and get more details on the upcoming edition.