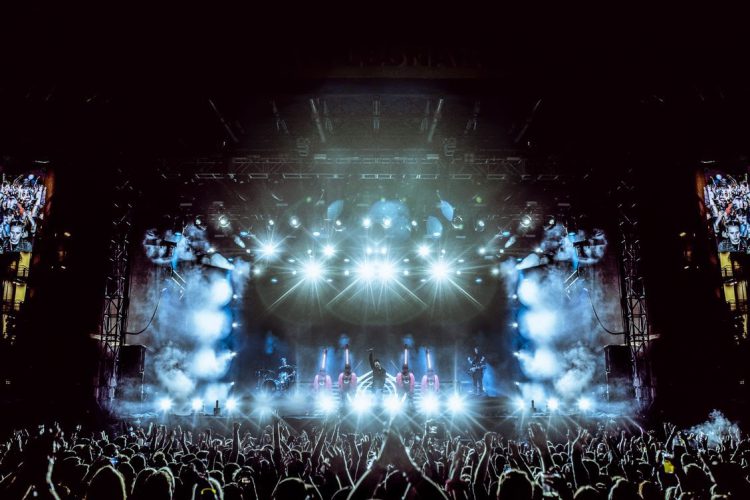 While many festivals have surfaced over the past few decades, few have dedicated themselves to their community quite like M3F. This non-profit music festival donates 100% of festival proceeds to charity and has given a total of $4.4 million to organizations such as Habitat for Humanity, Backline, Artist Advocacy Foundation, United Way, and Arizona Helping Hands since it first launched back in 2004. After another jaw-dropping offering of sensational beats and tasty eats this year, M3F is now gearing up for its return to Margaret T. Hance Park in Phoenix on March 3-4.

The 2023 edition of M3F continues with the trend of delivering a wide array of sonic experiences for attendees to bask in with a lineup that’s teeming with talented artists. Headlining the festival are Maggie Rogers and Jamie xx, who will be joined by other impressive acts such as Polo & Pan, Quinn XCII, Toro y Moi, Purple Disco Machine, and Ashe. Others who stand tall on the lineup include the likes of Hayden James, EVAN GIIA, Becky Hill, Neil Frances, Peach Pit, and Emmit Fenn, all of whom are sure to be throwing down some wicked tunes.

Related: Check out our experience at M3F in 2019 to get a taste of what’s in store!

That isn’t all that M3F had in store for announcements, as they’ve also revealed the launch of the new M3F Fund. This will expand on the charity-driven nature of the festival by opening up funding that will be given to non-profit or 501(c)3 organizations that have clear objectives and a measurable way to assess progress. The open application is available now, with organizations needing to submit a detailed plan for their funding request and how it will be allocated. Please note that priority will be given to non-profits in the realm of Community, Education, Arts, and Environment, which are the four pillars of M3F.

Learn more about M3F and grab your tickets today if you want to attend the 2023 edition of this festival by heading over to their official website!