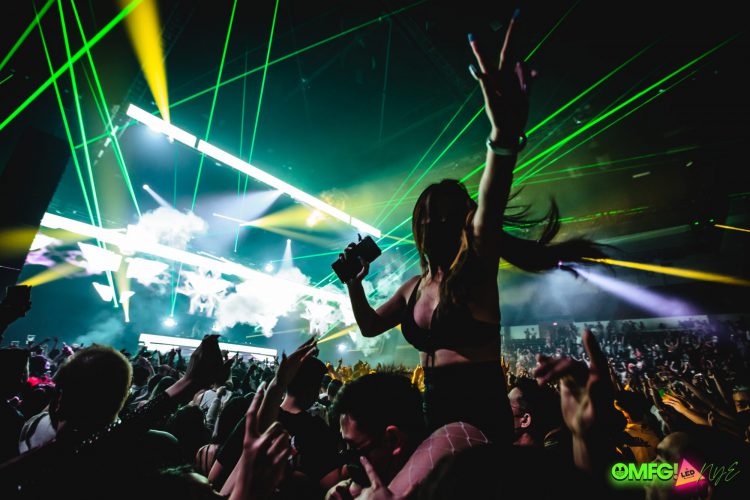 Porter Robinson and RL Grime will be joined by ACRAZE, ISOxo, Said The Sky, San Holo, and more at this year’s edition of OMFG NYE.

While other events hosted by LED Presents might’ve come and gone over the years, their annual New Year’s Eve soiree, OMFG NYE, has remained one of the top events to attend for dance music lovers in Southern California. This year’s edition is set to make its return to Pechanga Arena on December 30-31, and the hype already began to build after it was revealed that Porter Robinson and RL Grime would be headlining over the course of its two nights.

Today, LED Presents kicked everything into a higher gear for OMFG NYE by delivering the full lineup for fans to feast their eyes on. The two powerhouse headliners will be joined by some of the most beloved artists in the scene that, includes the likes of San Holo, Said The Sky, Autograf, and GRYFFIN. Their beats won’t be the only ones booming from inside Pechanga Arena, as two of the hottest names in the scene, ISOxo and ACRAZE, are set to join in on the fun. Rounding out the lineup are a flurry of fast-rising stars such as Nurko, JSTJR, TSU NAMI, Jessica Audiffred, and Ship Wrek, making it clear that the party won’t stop from start to finish OMFG NYE this year.

Related: Looking for some house and techno action in San Diego on New Year’s Eve? Check out FNGRS CRSSD’s PROPER NYE/NYD and its impressive lineup!

Tickets for OMFG NYE 2023 are on sale now and moving quickly. RSVP on Facebook to stay in the know with the latest updates, and make sure to head over to their official website to grab your tickets to the show so you can end the year right in San Diego.