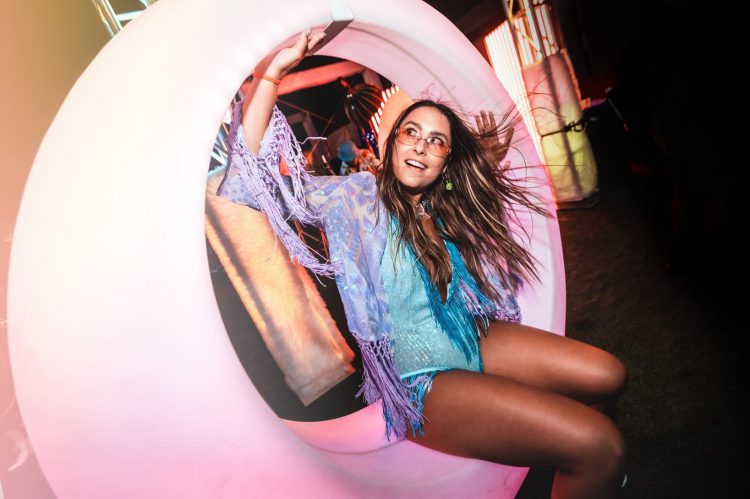 Mary Droppinz drops off a festive mix as the flock prepares to flap their wings over to this year’s edition of Dirtybird Campout!

Dirtybird Campout has rightfully earned the reputation as one part festival and one part adult summer camp, the sum of which results in a three-day celebration of personal freedom and expression with music that matches the eccentric energy. Whether you want to toss water balloons around with friends, get into some rowdy kickball action, or get crafty in Craftopia, there’s literally something for everyone. Of course, the musical entertainment is equally enticing, serving up three stages of sound (including the new Hideout renegade stage) featuring party-forward beat maestros like Mz Worthy, Baby Weight, and Mary Droppinz!

Speaking of the latter, Mary Droppinz is no stranger to the Dirtybird scene, taking the beloved brand by storm with sets at last year’s edition of DBC and this year’s Dirtybird CampINN. While she has yet to release a track on the imprint, she’s been hard at work showing the flock that she’s a force to be reckoned with by recently dropping a fiery remix of Justin Martin’s “Molokini” and has a number of releases slated to drop soon.

This unique music maker is lining herself up for staying power within the Dirtybird brood, and we can’t wait to see what she has in store for this year’s Dirtybird Campout performance! While the shenanigans don’t officially commence until the pre-party, you should gather your friends immediately because Mary Droppinz is getting the festivities poppin’ with an exclusive mix that will put you in the mood to move.