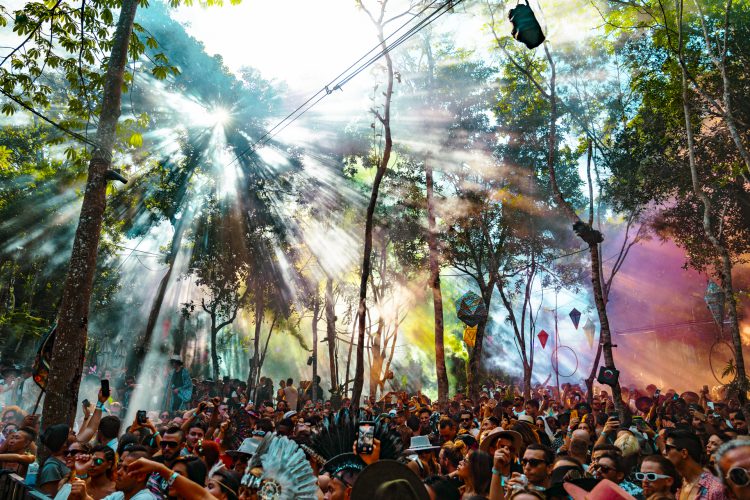 The winter months are typically when many take time to recharge their energy levels for the spring and summer festival season ahead, but that hasn’t stopped Damian Lazarus and his Crosstown Rebels imprint from bringing the heat and kicking everyone into gear with Day Zero Tulum. Hosted annually in January, this festival has become renowned for bringing some of the best artists in the house and techno scene to the tropical paradise to merge the natural world with electronic beats.

Now, as Crosstown Rebels begins to gear up for its 20th anniversary season, Damian Lazarus is packing a punch from the jump with the lineup for the upcoming edition of Day Zero Tulum. Much akin to previous years that have featured some of the best artists in the scene, there’s no lack of talent with major names such as Jamie Jones, Joseph Capriati, Major Lazer Sound System, Danny Tenaglia, and Bedouin set to play.

Artists on the Day Zero Tulum lineup that shouldn’t be missed out on include Goldcap, Zombies In Miami, Yulia Niko, Serge Devant, Layla Benitez, and Jan Blomqvist. Sidartha Siliceo & Gajd are slated to play during the traditional opening ceremony, and the sets from Amémé, Carlita, and Chloé Caillet will also bring plenty of heat to Tulum. Day Zero Tulum also boasts of a stage highlighting Mexican artists, with Maria Nocheydia, Robbie Akbal, Dramian, and Métrika set to take over the decks, among others.

Beyond the music, Day Zero Tulum collaborates with the local community and Mayan spiritual leaders. Sustainability is also a central focus by partnering with Petgas, a Mexican company that takes waste from the festival and transforms it into fuel for it to run, along with Crosstown Consciousness, which offers education and on-site assistance to keep the venue clean.

Tickets for Day Zero Tulum 2023 are available now. Head over to their official website for more details and to make your purchase.