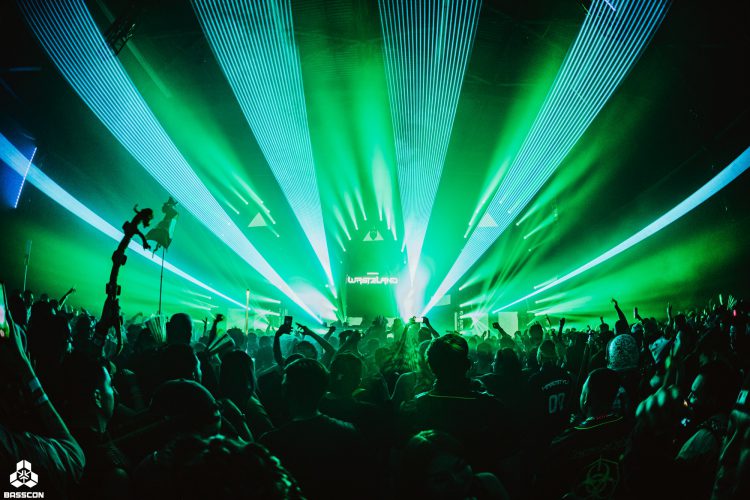 Basscon is celebrating a decade of bringing the best in hard dance to Southern California at Basscon Wasteland in February 2023.

The sound of hard dance continues to gain ground in the United States, and that’s due in part to the efforts of Insomniac Events’ Basscon. Over the past decade, the Basscon brand has grown to become a behemoth in its own right as they’ve curated a plethora of shows, teamed up with Bassrush for Project Z, and hosted stages at editions of Electric Daisy Carnival, Escape Halloween, and more. The biggest of them all, though, is their premier event Basscon Wasteland, which has become a driving force in the US hard dance scene.

Now, as Basscon begins to celebrate ten years of delivering high-octane beats to hard dance lovers, they’ve announced the initial details for the seventh edition of Basscon Wasteland. This two-day affair is set to take place on February 24-25 at the NOS Event Center and bring forth a lineup that is sure to be filled with artists who champion the sounds of hardcore, hardstyle, hard house, uptempo, and more.

Related: Want to get a taste of what the Basscon Wasteland experience is like? Check out our review of the most recent edition and dive into the madness.

While the lineup is yet to be revealed, past iterations have featured a whopping number of icons in the genre ranging from Headhunterz and Da Tweekaz to Warface and DJ Isaac, along with a rising number of American Hard Dance artists as well. The upcoming edition is sure to bring plenty of heat to San Bernardino in 2023, so keep your eyes peeled on Basscon’s socials to know the moment the list of artists is revealed.

Two-day GA passes for Basscon Wasteland 2023 start at $130, with VIP passes available for $160 that will give added amenities such as expedited entry and exclusive viewing areas. Both pass types are eligible for layaway plans for a $10 deposit down. Tickets go on sale Thursday, October 6 at 12pm PT. Head over to their website for more details, and make sure to grab your passes via Front Gate when they become available.