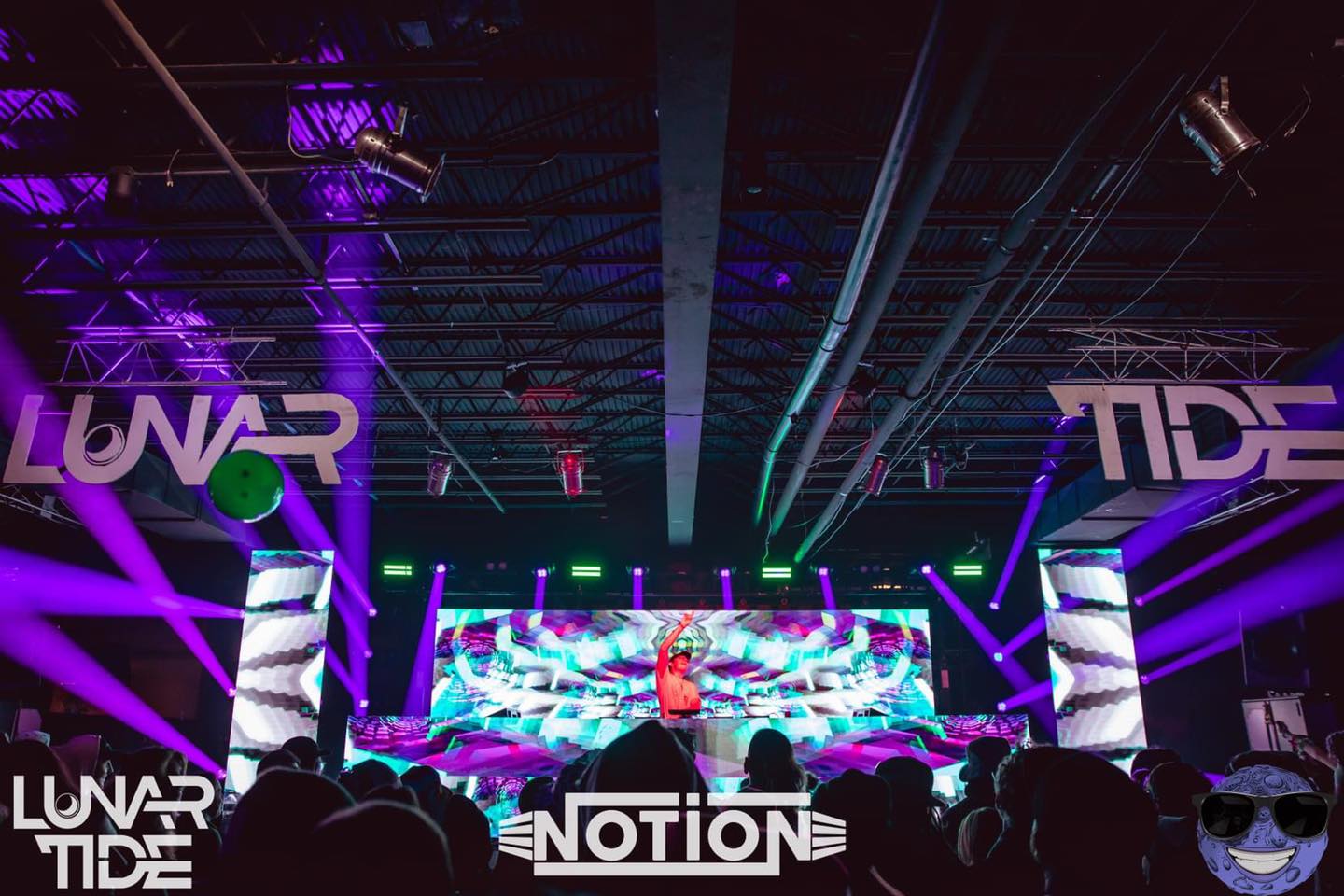 Announcing the lineup for the sophomore edition of Lunar Tide Music & Arts Festival, Notions is bringing yet another lineup that overshoots the hype for the festival to the moon and back. This celestial event is set to take place at Lakehurst Event Center in Waukegan, Illinois. Set in the Chicagoland area on December 2-3, the venue for the festival in Waukegan is not a stone’s throw away from the inner city and is also not reachable by the CTA train system.

The lineup for Lunar Tide Music & Arts Festival is out now and features two bass headliners, Lab Group and Mersiv, on the Lunar Stage. This stage will also feature artists such as Tiedye Ky, Mize, Ravenscoon, Tsuruda, Tripp St, Tape B, Chef Boyarbeatz, Player Dave, and Notlö, among others.

The Solar Stage is bringing Coki and Seppa, who will be coming from across the pond to give attendees a taste of the old-school sounds. In addition, the Solar Stage will feature an Innamind takeover with Sir Hiss, Foamplate, and Kursk. The third stage hosted by DubHub has a lineup yet to be announced, however, it is sure to bring a killer list of undercard names so stay tuned for more details.

Don’t miss out on this underground star-studded lineup with world-class sound systems. Shoot for the moon and buy your ticket to this astronomical event on their website!