Catching Up with Electro House Phenom No Mana 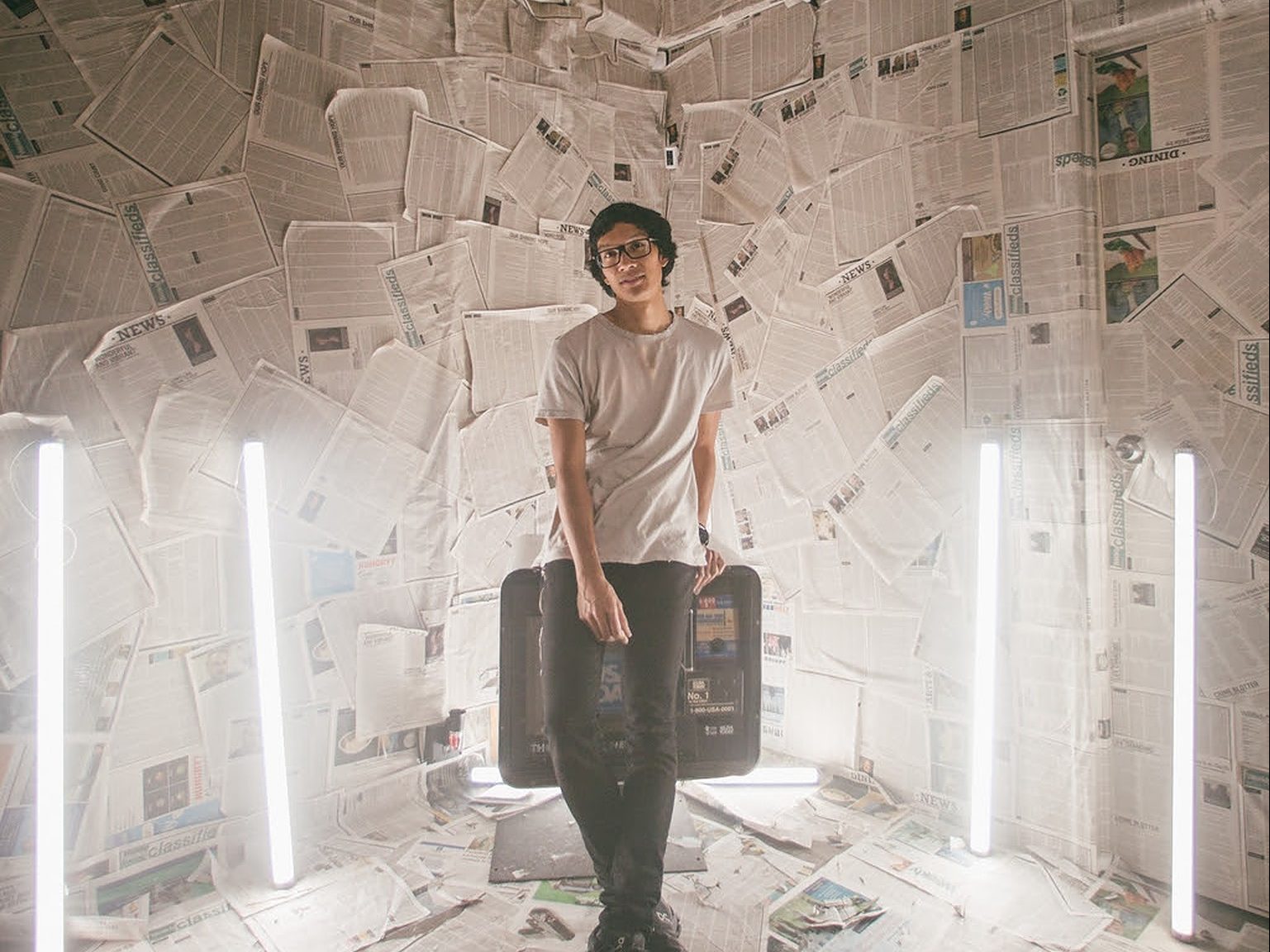 No Mana just dropped “Yesterday” on Monstercat and swung by to chat about the track’s creation, his recent sets, and pixel art!

No Mana is a multi-talented artist who has continually leveled up his career with each passing year. While he’s released music on labels ranging from Anjunabeats to Armada, his biggest home has been fostered on mau5trap. The deadmau5-run imprint has hosted his biggest releases to date, including his debut album, Secret Level, along with a flurry of EPs and singles. No Mana’s passion for electro house came through in full with the release of the Electromag compilation last year, which brought together icons and rising stars in the genre to celebrate it in style.

More recently, No Mana expanded his legacy even further by turning back the clock once again. This time around, he took his talents to Monstercat and made his debut on the label with “Yesterday,” a feel-good single that’s defined by its emotion-fueled elements that harken back to the turn of the century. From its beautiful vocals to its euphoric melodies, it’s impossible not to fall in love with this track as No Mana stirs up a hearty helping of nostalgia along the way.

Looking to gain some added insight on this track, his recent stops on tour, how he creates pixel art, and more, we caught up with No Mana for the first time since before the pandemic began for a chat. Listen to “Yesterday” on Spotify or your preferred platform, and read on for the full conversation!

Stream No Mana – Yesterday on Spotify:

Hi No Mana, thanks so much for sitting down to chat with us today. The last time we spoke was just before the onset of the pandemic, and obviously, the world is much different now. How have you been holding up so far this year?

Hey! I mean, 2020 started out amazing, then went to shit, obviously. The momentum from ‘Secret Level’ felt like it was gonna take me places until the pandemic kinda took it from me. I wasn’t too worked up about it, though, as I found a lot of things to do plus some new hobbies outside of music. 2021 was an awkward transition out of it as there were some shows happening but people were still very careful about how to go about that. This year I’ve actually been a lot busier than I ever was before, so on the bright side, maybe that momentum never left.

You’re currently in the midst of your recent tour that has already taken you to cities like Atlanta and Austin, as well as festivals like Das Energi. What has it felt like getting back on the road and feeling the energy of the crowd this summer?

I had a nice, basically three-month break after the Electromag tour (with one or two shows during an off-month). Every time after a break into touring (even after the pandemic), it feels like I wasted no time coming back. It’s nice to be welcomed by the same, if not better, energy from the crowd, and it feels like each show has been better than the last.

This tour isn’t the only big thing that’s happened this summer for you, as you’ve also taken your talents to Monstercat with the release of “Yesterday.” There’s a blend of euphoric electro, beautiful vocals, and a plethora of video game-inspired sounds in it. What was the production process like for this track?

It was a long process, not gonna lie. The track took me two months to figure out what sounded best, and I think it was because initially, I wanted it to sound exactly how it was in my head, but the music as it sounded at the time begged for a different direction. I had a lot of faith in this track, so I passed exactly 16 different versions (usually, I have three to five versions before releasing a track) before I was satisfied with the last one. It was well worth the two months.

We know that you make all of your cover art and visuals, and your A/V set from Gravity 2021 really blew us away. How long does it take to create these, and where do you typically draw inspiration from with your art?

So glad you asked me a visual question because I’m literally obsessed with doing pixel art, so excuse the essay! The Gravity set was a special one because it uses everything I’ve made in the past four years of doing pixel art as No Mana. Each animation loop (like a music teaser or social asset) takes about one to eight hours to complete. The Other Side music video took about three to four months non-stop (that was absolutely tiring). The Untitled Forever music video took two weeks (less colors and frames = easier to make).

Using all those assets, I deconstructed them into separate layers and arranged them into that Gravity set, which took about a week. I was familiar with that workflow, from doing the same to the visuals for each track on Electromag, where I’d layer out GIF loops of stars, icons, flashes, and explosions and arrange them synchronously to a beat grid on Sony Vegas. To make the pixel art GIF itself, I use a program called Aseprite – a fantastic program, by the way (s/o to David for the program and Mizz Mana for showing it to me).

Pixel art has been a passion of mine since 2006 when I’d draw my own characters and some emoticons for deviantART (I think a few of them became official). I would draw a lot of inspiration from watching anime, especially when it comes to their frame-blending techniques for animation; and I have always been fascinated by the graphic styles of old video games, particularly in the first handful of Final Fantasy games. Although I used to doodle a lot in class, the process of making pixel art just happened to be the one I enjoyed the most.

Having my legs dipped into pixel art and the community a bit as of late, I find that Kadabura and especially Paul Robertson are a couple of my favorite artists I draw inspiration from. I enjoy the subreddit r/pixelart as a decent gallery of inspiration, as well as a few modern games that still use sprites as their graphic model – Hotline Miami, Katana ZERO, and Tomb of the Mask, to name a few.

Last year saw you deliver one of your biggest releases to date, Electromag, which gave listeners a dose of nostalgia while helping bring electro house back to the forefront. Can you share your thoughts on the revival of the genre in recent years?

Sonically speaking, I wanted to take what I loved about the genre from what it was a decade ago and modernize it; because a part of me feels like electro house had a specific sound that we just left in time and never bothered to evolve it. At the same time, other artists are coming up with similar sounds, even if they don’t have the same vision as I do about electro house; but that’s still valuable to me because we’d be able to make a network of artists with similar sounds and therefore develop a community, or niche out of that sound.

I guess my goal wasn’t so much a revival as much as creating a world for a sound I believe in. I wanted to start Electromag because it’s getting difficult to find like-music, so a solution was to hand-pick talent that’s pushing that sound, put them in a room, then curate their music to show that this sound still has a place. Even if a majority of the compilation process was just mocking old blogs and memifying the genre, I hope that the compilation did somewhat of a job of developing that niche by means of artist association, networking, artists working together, spotlight, etc.

Your remix of “As The Rush Comes” also dropped last year as well. The original is a personal favorite of mine, and your remix is sublime. What spoke to you specifically about that tune when deciding to remix it, and what’s the story behind how it went from a bootleg remix to one officially on Positiva?

Thanks! I had two versions of that remix, and the latter one was the one that got released. I asked Dave Dresden for the acapella without having any ambitious intention of releasing it – I just wanted to remix it because it was a song that I emotionally connected with, and obviously, the best thing to do with emotions as an artist is to turn it into art. The remix became a favorite of mine and Dave’s to play out, which I assume was a bit of a catalyst for being an official remix under Positiva. The rest is history.

Finally, what goals do you have for the rest of 2022? Can we expect more releases to arrive on Monstercat in the near future?

Literally more of everything. Visuals, music… maybe even merch? I’m gonna need a cloning device for myself.