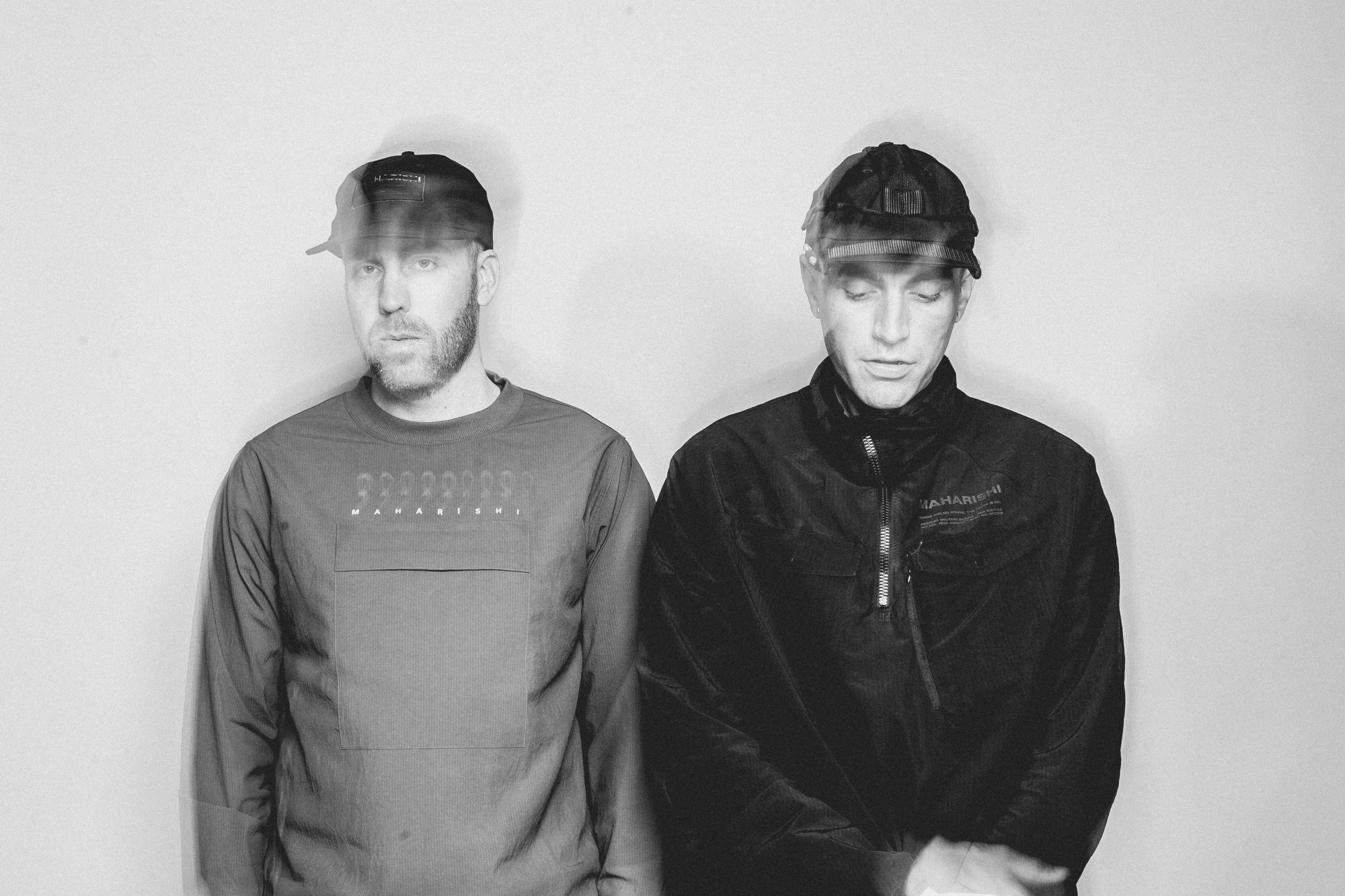 Shades returns with their latest LP, From a Vein, bringing the underworld to the light once more through their distinctive sound design.

Alix Perez and Eprom create the unstoppable and deadly partnership known as Shades. Over the years, the duo has blessed the music scene with arguably some of the most unique and experimental sounds that keep pushing boundaries to new heights while also exploring its deepest depths. With impressive bodies of work in their catalogs like The Dance of Death and Black Heart Communion as a perfect representation of the two’s impeccable infamous sound that only they are capable of. Now, they’re back with their latest concoction to further their superiority, From a Vein.

From a Vein continues Shades’ tradition of delivering eerie delectable frequencies. The duo dropped three tracks to tease the tone of what was to come beforehand, including “Dark Wing,” the first single to surface, which shook their listeners to the core. You can always count on the two masterminds to whip up the sounds that leave a little tingle in your spine, and this LP definitely doesn’t fail to make you quiver.

The album will be sure to have listeners willingly falling into the darkness as the uneasy soundscapes surround them and lead them into the unknown. From start to finish, you will be on the edge of your seat, wondering just what could be hiding in the shadows around the corner. Listen if you dare and let Shades show you another example of why they are the current path makers in the sounds of the underground.

Listen to Shades’ From a Vein on Spotify or your preferred streaming service, and read on for a more in-depth look at their latest LP!

Stream Shades – From a Vein on Spotify:

Open the veil to the underworld as you begin your journey through the opening tracks of From a Vein.

Let the goosebumps begin as “Infernal Regions” enters the space feeling you with uneasiness as it sets the mood for the following tracks. As the intro song fades, “Purification” takes its place. With some help from The Gaslamp Killer, this mixture of drums and what feels like a strobe of light hitting you through sound will have you tapping along to the rhythm. We begin to pick up the pace with “Deceitful Ways” and its breakbeats, then step into an assortment of experimental sounds we have yet to experience thus far.

A familiar name in Shades collabs, MC GQ, lends a hand on “Immortals” and adds some vocals into the mix. Everyone knows that a rudeboy on a track only makes it better especially mixed with hard breaks and static to add to the aesthetic. “Into Stone” has been making people lose their minds every time it has been played out live and is sure to be a fan favorite of the LP. With heavy riffs and bass morphed in a perfect package, this track will have you in a trance its entire runtime.

Follow the white noise into the unknown if you dare to keep listening.

The first single to surface that had everyone on their knees, “Dark Wing,” is still here to remind you of who the pathmakers in the game are, and their name is Shades. Imagine you’re holding hands with death as you look back on your life with “Against the Sun” whispering in your ear as you walk closer to the end of your timeline, wondering what is to come next. More of that rude boy energy from earlier greets you on “As Wax by Seal” enters the room, leaving you wanting more.

Get warped into other dimensions as the textures of “Exultia” surrounds you. it’ll have you feeling as if you’ve escaped from capture as the sounds of sirens and dark shadows follow behind you. “Sub Noctem” will make anyone feel like a badass when you chant its intro, “got 10 fingers but only use one,” with your middle fingers proudly up as you do so. With more tasty breakbeats waiting for you, “Seek the Throat” has the perfect beat to nod your head to, along with switch-ups to keep you on your toes.

With only three tracks left, we near the final end.

Although you think you’ve almost survived without any harm, you can’t escape the underworld and not “Bleed” in the process. Unleashing an array of sounds and samples, making you feel discombobulated, you try to keep moving forward away from the distractions trying to lead you away from returning to the light. Once you believe you have successfully escaped all the terrors, “Arachne” entangles you in its web, leaving you helpless in its grasp. As you’re awaiting your fate, “Silent Image” comes into focus. This final track will have you feeling as if you are staring in a season of American Horror Story with its eerie thriller movie score vibes leading us to the final end.

From a Vein will leave listeners feeling as if they have lived through a psychological thriller after completing its entire runtime. From unwavering emotions to rude boy underground sound, this LP continues the legend of Shades’ unmatched talent in the realms of darkness. Let Eprom and Alix Perez lead you down the path less traveled as you follow the shadow of death created when Shades comes out to play.

Shades – From a Vein – Tracklist:

Connect with Shades on Social Media: