Get Funky in the Fractal Forest at Shambhala Music Festival 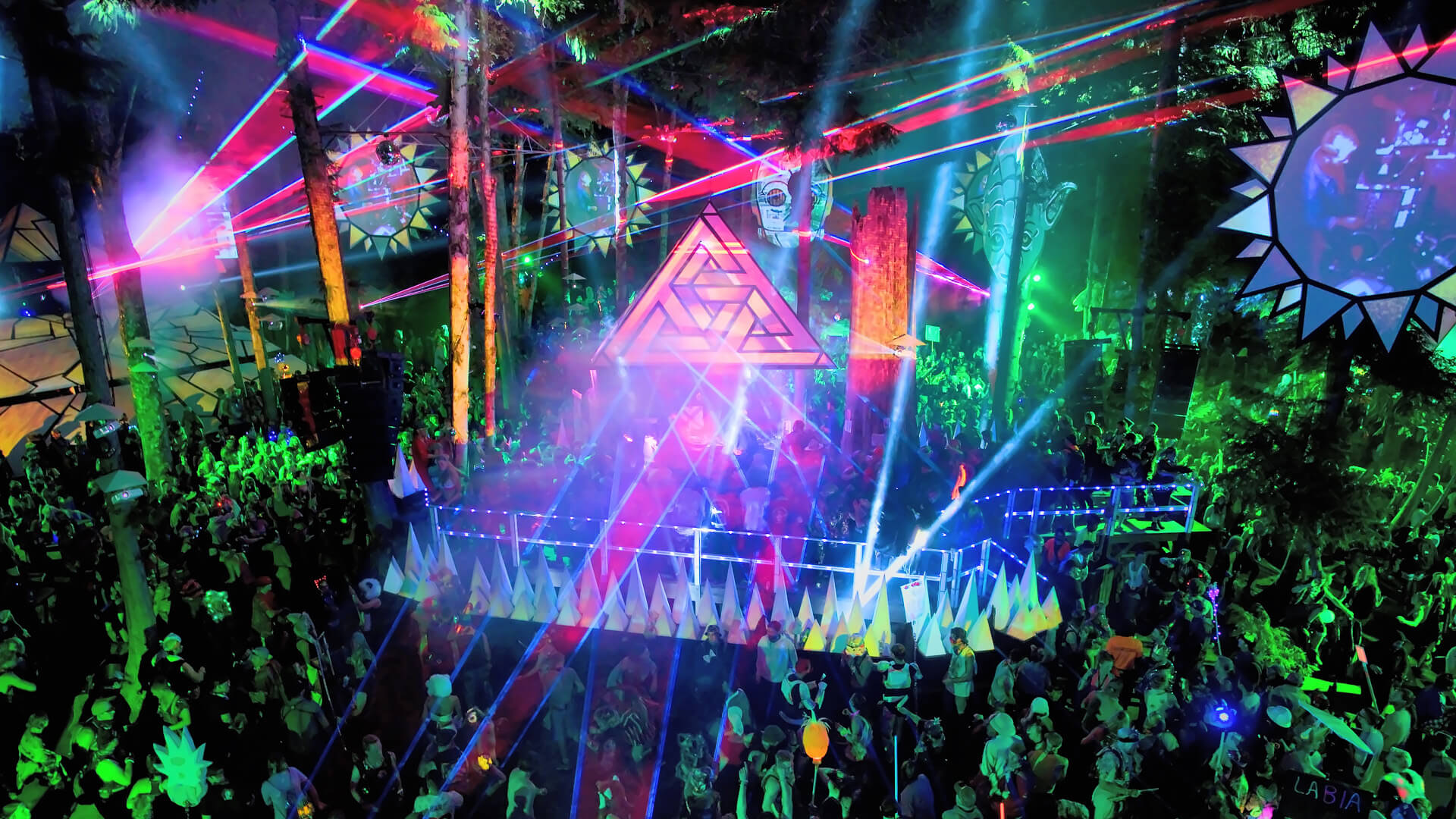 Shambhala Music Festival is right around the corner and today we’re giving you the lowdown on the house-grooving Fractal Forest stage!

Get ready because we’re only one week away from Shambhala Music Festival in British Columbia, Canada! To feed the fire to your excitement, we’ve narrowed our focus to the stage known for its electric beats and funky house grooves. With its crazy-good lineup this year, the Fractal Forest Stage is definitely a place you need to check out.

The Fractal Forest stage has been a Shambhala staple since its second year in 1999. Affectionately known as the Funkiest Show on Earth it’s set within a burnt-out old cedar tree stump deep in the forest. DJs perform on a giant pyramid in the middle, giving attendees 360 degrees to party around. From rising artists to established legends, swing by to groove to the music, and you’d be surprised to realize you’ve been dancing for hours!

Friday features a Westwood Recording Takeover and many other artists to start the party. Freddy J, Joanna Magik, Nicky Genesis, Opiou, and The Funk Hunters keep the dancing going from 5pm until the wee hours of the morning. Your night will be jumping with the high-energy house tunes of Cazztek, Rumpus, and Case of the Mondays, and if you make it to the 5am set, Joseph Martin is a great way to wind down with his minimalistic funk house.

Saturday makes way for a diverse mix of house music and hip-hop artists. First, Chali 2na & Cut Chemist are bound to throw down a fantastic midnight set. Then, Shambhala-regular DJ Jazzy Jeff will grace the stage with his R&B-infused house classics. DJ Premier, Skratch Bastid, The Gaff, Krafty Kuts, Slynk, and more round off a perfect Saturday at Fractal Forest.

On the final day, the party never stops with a wild five-hour Fractal Funk Jam set from 2pm to 7pm. Afterward, Skiitour, one of our must-see artists, and The Sponges bring the feel-good house to the Fractal Forest. At midnight, Walker & Royce rave to the grave with their groove-heavy deep house. Dr. Fresch presents a House Call Records Fractal Forest Showcase featuring Bijou, Blossom, Corrupt UK, and Marten Hørger, followed by a House Call Fam Jam with everyone. And if you’re still around and chilling on Monday, Fractal Forest continues the party with a two-hour set from Rich-e-Rich.

There’s only one week left until Shambhala so be sure to secure your pass ASAP on the official Shambhala website. You don’t want to miss out on dancing in that funky Fractal Forest!