The LGBTQ+ community has always been part of the fabric of electronic music, so let’s hear what a few of them have to say about the scene.

The origins of electronic music inarguably come from marginalized communities and we often recall the Black influence on music like disco, house, and bass. And while it’s unlikely anyone would argue that there wasn’t a strong LGBTQ+ influence in this history, it isn’t as well documented. Outside of the clubs, the queer lifestyle was more closeted at the time and not as immediately visible as, say, being Black. This period was also challenging for LGBTQ+ people because, unlike today, there was little solidarity between each of those letters (and acronyms like this were yet to exist early on), never mind the scene at large.

Despite a very challenging political landscape in the world today, members of the LGBTQ+ community are more out and seen than ever before, and the queer community at large embraces and supports a rainbow of identities. This seems to have created a watershed moment in electronic music where not only are LGBTQ+ artists out and proud, but many are just now going public with an identity they previously didn’t share outside of close circles.

We asked several artists what it means to them to be LGBTQ+ in the electronic music scene and how the scene influences them or vice-versa. Spencer Brown, Wreckno, Qrion, Mz Worthy, and Olan all share beautiful and touching stories that tie into the scene today. Not only are these artists out and proud, but they are also part of a movement that is leading electronic music, and its fans, into a bright new future. Read on to hear directly from these powerful humans and talented musicians! 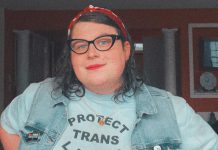