The Black History of Bass Music 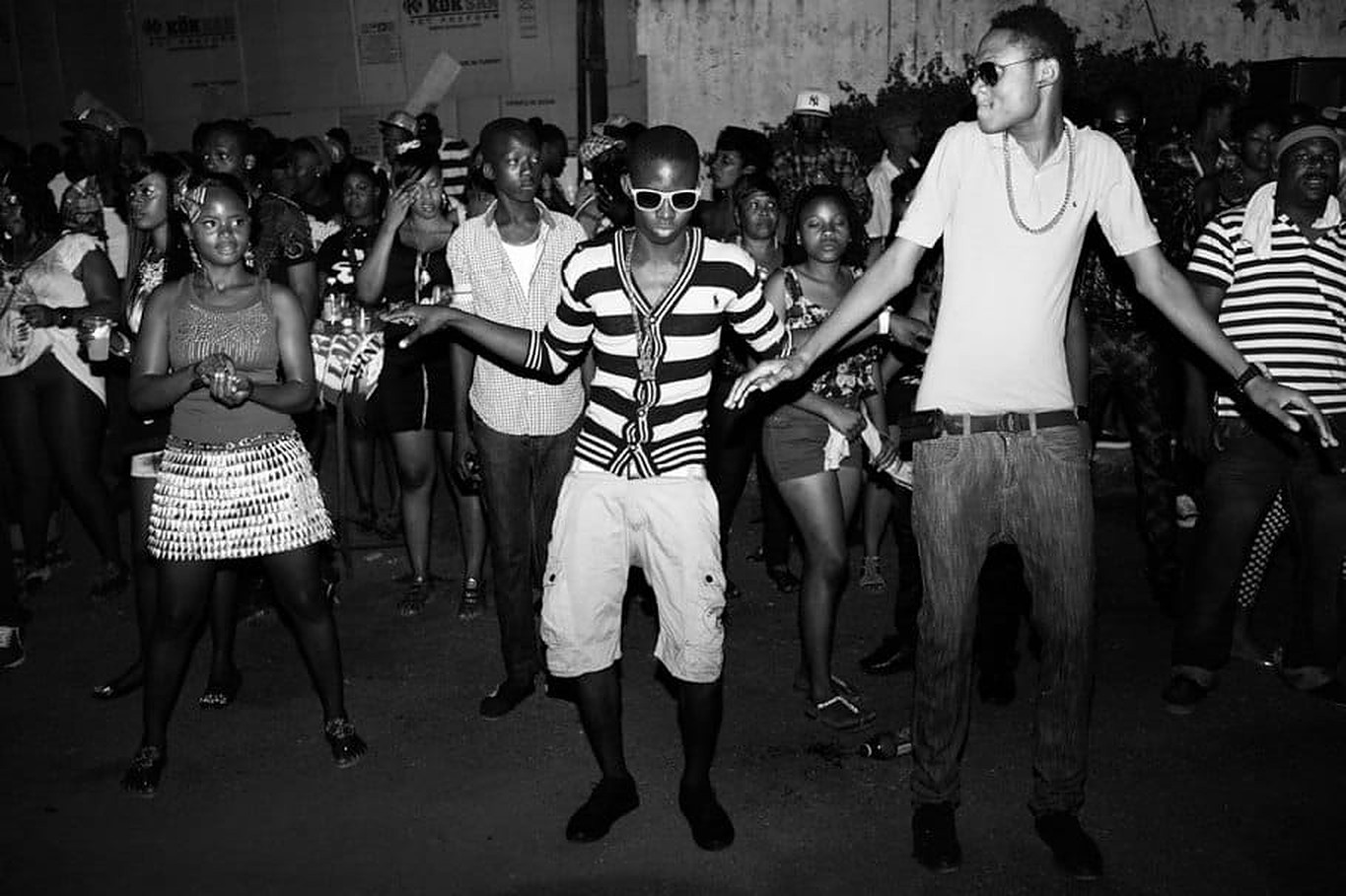 As bass music continues to grow, it’s vital to understand the black roots of the genre we know and love.

There is no Bassnectar without Bob Marley. Sounds crazy, right? I can’t blame you if you’re struggling to find common ground between “One Love” and “It’s About To Get Hectic,” but it exists. In fact, bass music would not exist without the influence of Jamaican musicians who paved the way to make a wide range of genres what they are today.

We are at a crossroads as a nation. George Floyd’s death and the widespread demonstrations that followed have gripped this country and others around the world. Many have made it abundantly clear that America will no longer be complacent in racial violence or discrimination. The dance music community has had a reckoning of their own, as artists have used their platform to speak on these issues. Subtronics, GRiZ, Slander, Sullivan King, and so many more have taken to the streets to make their voices heard.

As our community speaks out against racial violence, we also must come to understand the roots of our own culture and the music that drives it. The story of bass music is one of celebration and love, and it’s one that we all have an obligation to learn. So, with that in mind, we figured we should make it as easy as possible to learn. Keep reading for a full breakdown of everything that formed bass music today from reggae and dub culture to UK Garage and bro-step!

Jamaica: Home of the Bass

In 1968, a Jamaican ska band called Toots and the Maytals released a song called “Do the Reggay.” Drawing inspiration from both ska and American R&B tradition, “Reggay” soon became known as “Reggae,” the quintessential sound of the Jamaican people. Drums, steady beats, and vocals in the Jamaican Patois dialect helped reggae to skyrocket in popularity. By the early 1970s, Bob Marley and the Wailers had burst onto the scene with hits like “Get Up, Stand Up” and “Stir It Up,” taking reggae to new international heights.

Meanwhile, a new branch of reggae known as dub began to gain traction. With more emphasis on electronic sounds, artists like Lee “Scratch” Perry and Errol Thompson gained popularity for manipulating existing reggae records with studio effects like reverb and delay. In 1974, the Roland audio company released the first version of the Space Echo, which allowed artists to use echo and delay on live music. As dub and reggae began to intersect by the end of the 1970s, a new craze appeared in Jamaica: dancehall.

Dancehall, of course, gets its name from the giant dance halls where Jamaican citizens would gather with other members of their community to dance and celebrate. At first, the music was more consistent with reggae, though it was more sparse to allow people to keep the beat. By the mid-1980s, however, electronic sounds had permeated dancehall music leading to huge mainstream success. Dancehall also spawned the birth of “sound systems,” Jamaican slang for a collective of DJs and audio engineers. The collectivist culture allowed for dancehall to flourish, building the foundation for today’s bass music.

No Diaspora, No Dubstep

In June of 1948, a ship carrying 492 Jamaican immigrants docked in the United Kingdom. This marked the beginning of the Jamaican-British diaspora. Between 1955 and 1968, nearly 200,000 Jamaican citizens left their home country to seek new opportunities in the UK, developing massive communities in cities like London and Birmingham. Today, London is home to over 250,000 Jamaican immigrants. The Brixton neighborhood has even come to be known as Little Jamaica.

Not unlike the United States, the United Kingdom has a troubling history of violence against black citizens, many of them Jamaican. The 1958 Notting Hill Race Riots came as a direct result of tension between the Jamaican and White communities. After police shot a Jamaican woman in Lambeth in 1985, the London borough that houses Little Jamaica, riots broke out. The Brixton Riots are widely regarded as the most violent in England’s history.

Amidst the racism and violence, Jamaican immigrants returned to a familiar community: dancehalls. Throughout the 1990s, dancehalls began to pop up in Jamaican communities like Brent, Croydon, and Lambeth. It became a place where people could come and celebrate their identities and togetherness in the face of hatred. At the same time, the earliest forms of dance music like house and jungle had gripped England. It was only a matter of time until the two met.

Back To The Garage

While dancehall took hold of Jamaica, a similar phenomenon swept through the black and LGBT communities of the United States: garage music. The Paradise Garage, a parking-garage-turned-nightclub in the SoHo neighborhood of Manhattan, is accepted as one of the true birthplaces of dance music. Thousands of Black and LGBTQ patrons packed the garage nightly, enjoying the stylings of DJ Larry Levan as he played everything from rock to disco, so long as it moved the crowd.

Though Paradise Garage ceased operations in 1987, word continued to spread throughout the 1990s. American DJ Todd “The God” Edwards began to incorporate more soulful house music, as well as tempo shifts and vocal samples, calling the new genre “speed garage”. One of his tracks soon reached DJ EZ in North London, who played the track at a club in Greenwich. This effectively kickstarted UK Garage.

Marked by a 4/4 breakbeat, syncopation, and pitch shifts, UK Garage took hold throughout London. In contrast to jungle, another electronic genre which usually incorporated tempo above 170 BPM, UK Garage offered a chance for people to relax and loosen up a bit more. Many also chose to incorporate R&B, reggae, and rap into UK Garage, further cementing its status as the sound of London’s urban community.

“London is a multicultural city… it’s like a melting pot of young people, and that’s reflected in the music of UK garage”.

Stepping Up And Stepping Out

As the world moved towards the new millennium, so did UK Garage. By 1997 producers had begun to experiment with the 4/4 kick drum pattern known as “four on the floor”. Those experiments led to a new version of garage known as “two-step”, marked by the removal of the 2nd and 4th kick drum notes in each measure. The irregular, halftime rhythms struck a chord with garage and jungle fans alike, who flocked towards the exciting new sounds.

Two-step blossomed in south London throughout the 2000s while DJs continued to experiment with their sound. Before long, a new genre appeared: dubstep. A bass-heavy genre with an emphasis on two-step rhythm, it didn’t take long to flourish with artists like Skream, Hatcha, Youngsta, Kode9, Rusko, and Digital Mystikz pioneering the genre. It was taken to greater heights in 2009 when Skream remixed “In For The Kill” by La Roux in 2009 and Nero soon followed suit with “I’m Not Your Toy.” Dubstep was well on its way to worldwide recognition.

While the genre’s earliest adopters laid the groundwork for dubstep’s popularity, it wasn’t until 2010 that dubstep exploded into the mainstream. Skrillex released his Scary Monsters and Nice Sprites EP to an unprecedented wave of recognition. Many praised him for incorporating elements of heavy metal into the dubstep sound and helped further a new fork in the genre known as “brostep.” While used as a derogatory term by some, the aggressive bass-fueled sound popularized by the likes of Excision and Bassnectar is a departure from the early days of the genre.

Before it was the bass community’s favorite point of contention, riddim was the heartbeat of dancehall music. In Jamaican Patois, a “riddim” is an instrumental track, often bass and drums, that a DJ chops during a dancehall set. Around 2012, as bro-step continued its surge to the top of the charts, modern riddim began as a wobbly alternative to the aggression of mainstream bass music, with heavy triplet feels, minimalist percussion, and repetition.

Some members of the scene see riddim as a step backward from traditional dubstep, as they often find it too repetitive or think it isn’t deserving of its own subgenre. Regardless, riddim is integral to the fabric of dubstep. 12th Planet, one of the most popular black DJs in the scene today, is one of the pioneers of the sound, and tracks like “Behemoth” by Svdden Death or “Yasuo” by Bommer and Cromwell are some of the best-known songs in the scene.

Next time you play your favorite mix, think about the history that allowed bass music to flourish. Take an opportunity to listen to early black dubstep producers like Mala and Shiverz, or take it further back and listen to dub and reggae artists. And if you see someone disrespecting the scene and its roots, take the time to educate them and show them why it’s important to honor our history. We can all become better by learning and knowing more about the music that brings us so much joy!