Earlier this spring, Sound Haven Festival announced its return with a brand new venue for the festival’s fourth edition. When their impressive initial lineup dropped it was evident that bass music fans from all over the country would be traveling to attend the festival at the Catacoosa Event Center in Jamestown, TN on July 28-31. While the phase one lineup was already stacked top to bottom with favorites, its just gotten better with its new phase two additions

A rare appearance from fan-favorite Jade Cicada reserves Sound Haven’s headlining slot followed by others like Detox Unit, Rusko, Minnesota, and Kursa. The final headliner, The Widdler, is a Sacred Hive favorite who was just added to the phase two lineup. This genius of dubstep will be making his third consecutive appearance at Sound Haven this year. Other additions to the final lineup for Sound Haven include two cult favorites, smith. and Prophet, as well as G-Space, Tiedye Ky, and DJ Yung Vamp. kLL smTH, who’s been crushing festival stages everywhere this year, will also make his Sound Haven debut.

The bottom of the lineup is every bit as impressive as the rest with rising stars like MYTHM, Chef Boyarbeatz, Meduso, just john, Sky Suite, and Tape B. Joining them are some freshly added names to the undercard who are sure to throw down killer sets include Verum, Xenotype, Bagsss, Cnopes, Notixx, and Inspect3r.

Tickets for GA and VIP, as well as camping options for Sound Haven, are on sale now via their website, so let us know in the comments if we will be seeing you at Catacoosa this year! 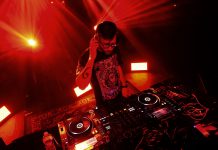