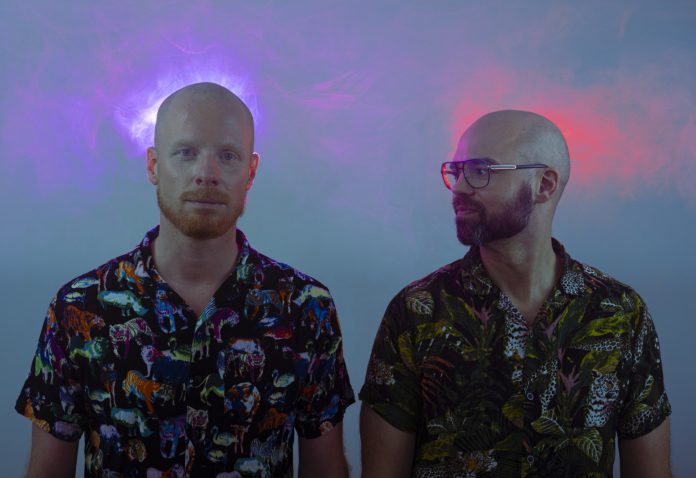 Tinlicker delivers an early album of the year contender with the release of their sophomore LP, In Another Lifetime, on Anjunadeep.

The pandemic was like a black hole for many, including Micha Heyboer and Jordi Van Achthoven, better known as Tinlicker. Following the release of their highly praised debut album This Is Not Our Universe, the duo went on to release a plethora of singles, EPs, and remixes while playing shows around the world but the events of 2020 stopped their live appearances in their tracks. While they have since gotten back to touring, Tinlicker also used the tremendous highs and abysmal lows they experienced during that time to bring their second album, In Another Lifetime, to life.

The title of this ambitious album on Anjunadeep was inspired by, as the duo notes, the feeling of living the last two years in a “parallel universe in which human beings had to reinvent themselves whether they wanted to or not.” To help translate this feeling, the pair enlist a number of vocalists including Nathan Nicholson, Jamie Irrepressible, Roos Jonker, and the familiar Hero Baldwin to pack an emotional punch. With these talents on board, the two explore everything from progressive house to breakbeat, as well as the themes of love and loss, with dynamism and vigor.

In Another Lifetime glitters with crisp sound design and a beautiful eccentricity one would expect from the two producers. So take a step inside Tinlicker’s parallel universe by listening on Spotify or your preferred platform, and keep reading for a review of this stellar second album!

Stream Tinlicker – In Another Lifetime on Spotify:

Climb through the wormhole to Tinlicker’s enchanting parallel plane.

A fusion of the lighthearted inspirations of their early electro-tinged EPs on mau5trap and the massive sound design of their Anjuna-infused anthems from This Is Not Our Universe, Tinlicker’s new album starts with the obscure “Mesmerized.” Taking cues from Dosem for an opener that lives up to their previously released, dance-floor-ready EP, this hypnotic trip also sets up the theme of the album in brilliant fashion.

Two of the previously released singles “Be Here And Now” with Nathan Nicholson and “Healing Forest” follow up as a nod to ask listeners to be patient before they unveil the marvels of what they’ve wanted to display properly. “Be Here And Now” is just as haunting on the album as it was when it first dropped. On the flipside, “Healing Forest” resides on the opposite end of the spectrum, pulling from the eccentricity of their Spaceduck EP with the same bouncy energy as “The Walk,” demonstrating how much they’ve derived soundscapes from each of their eras for this album.

“Come Back Home” is where the jaw-dropping begins.

Tinlicker delivers soft tones and a melodic leaning energy that the pair play in their deeper sets on “Come Back Home.” This one sees the duo team up with Roos Jonker and is sure to be a favorite of those missing that nostalgic progressive sound from days gone by. “Just To Hear You Say” feels like a beautiful, honorable tribute to the folk sounds, but in inventive Tinlicker polish that truly shines in the context of the album as a true treat.

From there, “Always Will” offers itself up to fans of their last album as an impressive follow-up to the hypnotic triplets of “The Whale.” Nathan Nicholson’s second appearance is just as fantastically haunting as his first as it marks the first half of the album’s close.

Then, the duo cracks their knuckles and turns up the subs for “Xanadu.”

“Xanadu” brings for a sense of eerieness as Tinlicker reminds us that they’re more than willing and able to make peak-time moments on this album as well. Soon after, the duo delivers “You Take My Hand,” a plucky progressive track that the producers have come good for delivering time and time again. Jamie Irrepressible’s vocals on the space-age style instrumental offer a beautifully cinematic moment in the break, and a drop that is sure to capture any listener in its tractor beam. Skipping over the formalities, “Under The Stars” makes it clear that it’s designed for the clubs, boasting percussion that’s able to stir any dance floor into a frenzy.

Nearing the twilight of the album, “Light Beam” makes a welcome appearance.

Leading the first of the final three tracks, “Light Beam” offers a familiar remnant of their Open Air Prague set and insight into the lighter side of the rest of the album. The penultimate track asks the question of whether or not Tinlicker is constrained to just four on the floor beats, and “I Am Free” answers as a stunning reply. Jamie Irrepressible’s second offering on vocals puts the bow on a breakbeat battle-cry that will have even the most skeptic raising eyebrows.

Finally, “Rebirth” with Hero Baldwin is a “lighters in the air” moment to signal the end of this comprehensive body of work. This feel-good progressive tune is sure to have you teary-eyed at the club and is Tinlicker’s bow as the roses are thrown onto the stage.

In Another Lifetime guides the listener effortlessly between melancholy and euphoria with a mad genius one would expect from the duo. In this second album, this other lifetime encapsulates the growth of the two as producers, songwriters, and people, in a way that exceeds already lofty expectations from a near-decade of consistency across some of dance music’s finest labels.

For a star that’s already gone supernova, the only thing for the duo to do next was to create another universe that could encapsulate this masterpiece. This, however, leaves the question: can even this second lifetime contain their creativity, or can we expect a multiverse along this sonic frontier?

Tinlicker – In Another Lifetime – Tracklist: 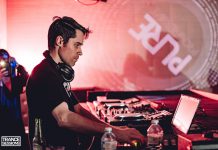