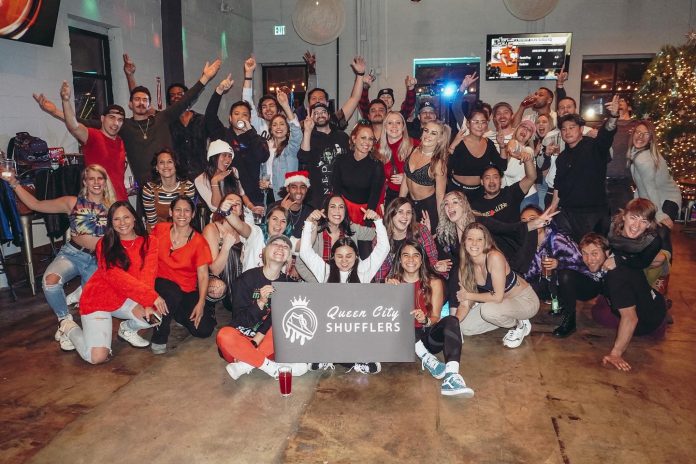 What started off as one person giving shuffling lessons ended up becoming Queen City Shufflers, an entire community in North Carolina.

Dance music is equally about the culture as it is about the beats that move our bodies. It’s about the vibrant community that convenes for the sole purpose of experiencing the unbridled love for what artists are capable of creating, but that love can be expressed in a number of ways. For Charlotte-based shuffling group Queen City Shufflers, their passion is emphasized via the “dance” part of electronic dance music.

Queen City Shufflers’ founder, Lexi Michael, had long channeled music into movement. While she started with flow arts and hooping, she later sought a way to express more, especially as her love of house and techno began to grow. As that love blossomed, it seemed to be destiny that shuffling began to rise across social media at the same time – and with a new focus on her mind, Lexi pivoted towards this new expression.

For years, Lexi’s dive into shuffling was a solo adventure with self-taught sessions, but that quickly changed after she was approached by a few friends to put on classes at a local venue called the Music Yard. The first classes were hosted in the summer to satiate the itch to take advantage of the long, warm days; each session was dedicated to appeasing the restless masses with fitness activities like yoga, or in this case, shuffling.

As the days grew shorter and the chill of fall quietly crept up, the summer sessions ended – but the restlessness and need to shuffle remained.

“Around that time, there was a big push in the shuffle community online to connect your local communities and just start the damn thing,” Lexi shared. “You don’t have to be one of the pro shufflers or have a big following on Instagram just to share your love and commitment to it.” This philosophy started the group that would officially become known as the Queen City Shufflers. Every day, it continued to expand, connect and impact the North Carolina dance music community in more ways than one.

Members of the Queen City Shufflers have seen and felt the positive influence of being involved with the group.

It’s one thing to channel love for music into dance, but to share it with someone else – an entire number of people – has created a deep sense of community for the Queen City Shufflers. For members like Jaime Lee, this was especially meaningful. “I found a sense of belonging,” she shared. “It’s like, to me, personally, a family – especially coming from South Africa and not knowing a lot of people around you who shuffle.”

Shannon Windham expressed similar sentiments as she formed relationships with those in the group that helped her break out of her quiet, reserved personality. “Just being around the community that we’ve grown into over the last six months helped me with a lot of personal growth, like meeting new people and communicating with them,” she said. “Not just saying ‘Hey,’ in passing, but actually developing relationships with them to where like we travel together. We go to festivals together.”

The reach of Queen City Shufflers goes beyond Charlotte and is shaping up to make an even greater impact on the scene.

Angelo Litrenta found a certain kind of freedom with his sound while regularly DJing for the group, primarily because he can play different kinds of music. “You’re not constrained to a specific genre. Seeing how they react to it, seeing how they like it – it’s not really stressful or anything like that, because the people coming out are doing their own thing,” he said. “They’re dancing. They’re shuffling. They’re flowing. It’s very stress-free, and you just get to enjoy the company.” Even beyond the liberation of simply sharing his music, Angelo connected with promoters through the group, bringing his sound to various shows and further growing the local music scene.

The Queen City Shufflers’ influence has also spread to other parts of North Carolina. One regular attendee from North Carolina’s capital branched off to create the Capital City Shufflers. The two sister groups have since collaborated to bring their respective members under the same roof, turning strangers into friends.

Even as the Queen City Shufflers left a huge footprint in the surrounding dance music scene, Lexi sees them taking several strides forward in ways like teaching organized choreography and spreading their name with merchandise and social media content. After speaking to her and other members, it’s clear that the future is bright for this shuffle crew and they’ll be dancing to the beat for years to come.

Make sure to follow Queen City Shufflers on Instagram for the latest updates on their forthcoming classes and more. 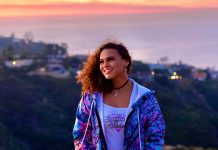 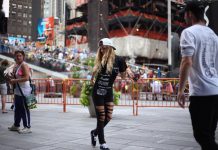 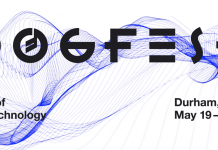