Qrion brings deep, immersive soundscapes front and center with her debut album on Anjunadeep, I Hope It Lasts Forever.

Japanese DJ and producer Qrion continues to shine brightly in the vast sea of house and techno artists who are climbing through the ranks of the scene. Over the past few years, she’s seen success with her self-releases and ones that have graced labels like This Never Happened, yet it’s been her Anjunadeep that have truly captivated the minds of her faithful following. Now, after a run of stunning EPs and singles on the imprint that have seen her flex her dynamic abilities, she’s returned with her debut album, I Hope It Lasts Forever.

Prior to the release of I Hope It Lasts Forever, Qrion gave everyone a taste of what would come on the album by unveiling three singles, “Your Love,” “11-11,” and “Proud.” Each of these tunes brought their own groovy soundscapes into the mix to get listeners dancing, but also showed off the intimate nature of the album that would soon be shown in full. Now, that 12-track collection has been unveiled for the masses to consume and it’s packed full of bliss-inducing melodic sounds that will touch the depths of your soul.

Beyond the three singles that have marinated in the playlists of her fans and tastemakers alike over the past few months, the other nine tracks are ones you simply need to listen to as well. Much akin to other releases on Anjunadeep, there’s a deeper story being told on this album and “Pitch Dark” acts as a perfect first chapter for I Hope It Lasts Forever. It begins with soft piano notes that offer a moment to breathe before the beat kicks in and makes you sway along with it. “Pitch Dark” is calming, yet just energetic enough to get you up and ready for the journey you’re about to embark on.

“Proud” arrives next with a sample that turns back time before it’s flipped into a house jam that sets the vibe. The nostalgic nature of this track is prevalent throughout the album, with Qrion saying that she explored her old memories in its creation, including “the feelings of spending time with my Dad, the time I lived with my family in Japan, and the small but important moments of my life from my life in Sapporo.” This continues soon after with “Jones St.” and “Fireworks,” two tunes that are dripping elements ranging from classic piano house to soothing chords.

Flownn joins Qrion for “Bright Lights” and the combination of these two artists is truly remarkable. This one stirs up emotions while uplifting listeners with love-inducing vocals and chords along the way. In the middle of the album, “Maybe It Was Already Here” arrives to give everyone a chance to reflect on their own lives with its subtle, pensive atmosphere. But it’s back to dancing soon after when “11-11” and “Mars” with Mars Kasei land next. These two tracks are Qrion at her finest, and while “Mars” was released last year, it’s been given some much-deserved new life on I Hope It Lasts Forever.

As the final tracks of this album appear on the horizon, Qrion shares another gem in the form of “Never Go Back.” This track sees her work with KROY and the result is pure magic as the silky vocals and chilled-out beat washes over the ears. She then sets for stun on “Waterfalls” and delivers a dancefloor-ready offering to the house music gods on “Your Love” to mark the final chapters of the experience before it aptly comes to a close with “It’s All Over,” a single from the Reflections series that is captivating to its core.

Qrion named this album I Hope It Lasts Forever and after listening to this body of work we know that her music will last forever in the hearts and minds of many for years to come. Give this album a listen on Spotify or your preferred platform, it’s one of the best to arrive in 2021.

Stream Qrion – I Hope It Lasts Forever on Spotify: 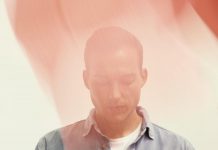 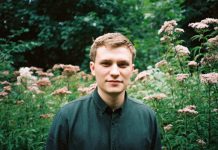 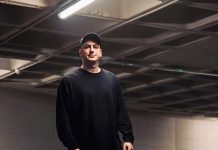