GRiZ is bringing talent all across the genre board for this year’s edition of GRiZMAS in Detroit featuring VEIL, Jantsen, Mize, and more.

GRiZ is a national treasure, not just to the dance music scene, but to the world in general. His positive attitude and morals are inspiring, and have earned him a loyal fanbase. Not only is he just an all-around incredible human, but the music he creates is otherworldly, spunky, and super groovy. Every December, he puts on his inaugural GRiZMAS event in Detroit to jumpstart start his Twelve Days of GRiZMAS. Due to the pandemic, last year we gathered online for his charity stream. But his year we will be reunited in person to celebrate this beloved event in all its glory.

Today, GRiZ announced a three-day run for this year’s festivities on December 10-12, and that it will also be returning to its home at the Masonic Temple. Along with dates for the event, he also released a lineup that’s packed with talent. He continuously shows love to artists across all genres, and that’s ringing loud and clear with the names he’s bringing for three nights of sound. The event kicks off with the vibes on Friday with The Sponges and Kilamanzego. Over the course of the rest of the weekend, things will get weird and heavy, with artists Mize, Level Up, Jantsen, and VEIL. And of course, sets from the man himself each night, bringing different energy with each set.

Pre-sale tickets for the event are on sale now, and general tickets go on sale Friday, August 13 at 12pm ET. With a lineup as massive as this one, and this being the first GRiZMAS back post-pandemic, it’s likely to sell out fast. So snag those tickets while you can! They’re also only available as single-night options, so if you plan on attending each one, make sure to grab tickets for all of them.

Grab tickets for GRiZMAS via AXS, stream the latest album Rainbow Brain, and head on over to his website to keep up to date for all things GRiZ. 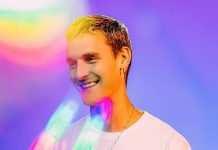 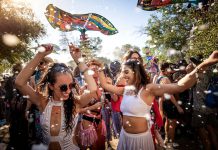 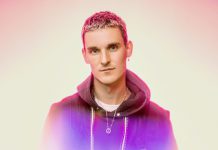 GRiZ Announces Another Round of GRiZMAS In July