Mport delivers an epic display of weird and wonky sounds in his latest EP Electric, out now on Dirty Monkey’s imprint 19k.

For those who have not yet heard the name Mport, now’s the perfect time to change that. A staple in Denver’s bass music scene, this producer has an ear for those tasteful, weird dubstep sounds and he’s shown that as he graced venues with filthy sets that’ll leave listeners jaws on the floor. His latest EP Electric, which is out on Dirt Monkey’s label 19k, is the perfect example of what this artist is truly all about.

Consisting of five tracks, Electric is an electrifying adventure of distortion and disgusting basslines – and Mport doesn’t give listeners any time to catch their breath. You know those tracks that you hear that instantly give you a stank face? That’s what the entirety of Electric will do. From the moment the EP begins with “Diode” he blasts everyone off into a universe of sounds that will make your body feel like it’s vibrating along with the beat. When listening, it’s easy to imagine being pulled through a black hole in space, surrounded by nothing but darkness and stars.

While “Bleep Bug,” “Erase Me,” and “Fone Phuture” all offer up some tasty beats as well, the other tune that stood out the most on this EP was its final track “Not Too Late.” This one feels like you’re stomping through a muddy swamp, getting stuck with each step you take, yet it also has moments where you’re given a moment to chill out and are taken for a ride through emotive vocals. But that doesn’t last long, and Mport quickly throws you back into the neck-snapping, dropping to the floor, madness – a fitting end to the ride.

Mport really delivered with Electric, so stream his latest creation on your preferred music platform and let us know which track was your favorite in the comments. 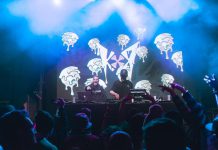 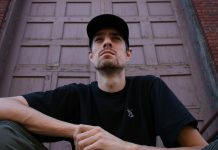 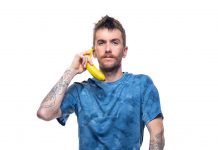