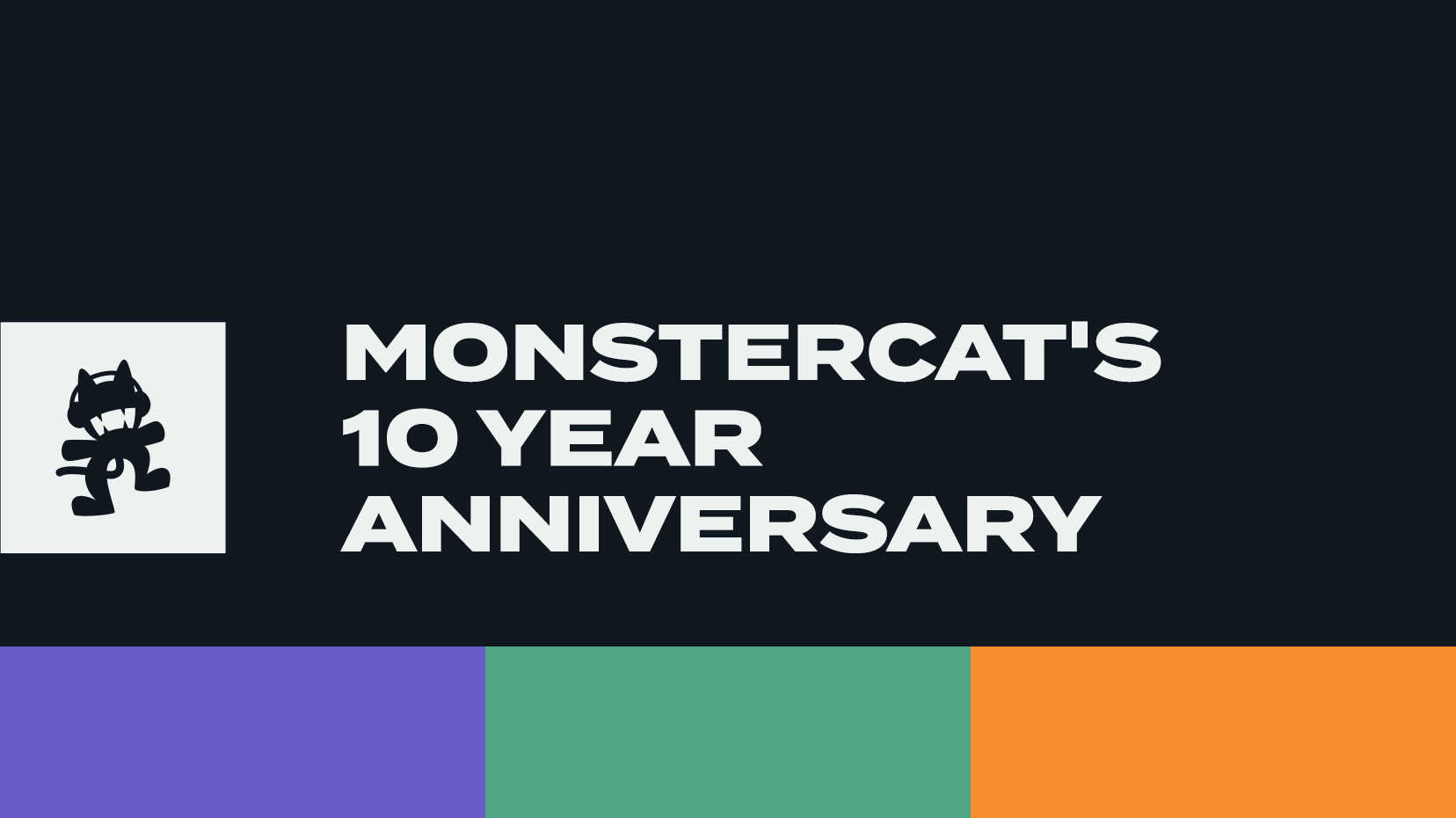 Monstercat celebrates a decade of innovation in the dance music scene with a new compilation album, a global live stream, and more.

Independent label Monstercat has spent years delivering some of the most eclectic music in the scene and has now reached an amazing 10-year milestone! This prolific and iconic label boasts three distinct worlds – Uncaged, Instinct, and now Silk, with the intent to highlight some of the most dynamic artists in the electronic music realm. Monstercat has always been forward-driven, artistic-centered, and innovative in all of its ventures and this celebration is no different.

Monstercat is commemorating the occasion in their usual elaborate fashion with a multifaceted celebration! Firstly, following their tradition of stunning releases, they’ve dropped a 16-track compilation album filled to the brim with tunes that were never formally released from artists on their imprints dating back to 2011. This includes artists such as Pegboard Nerds, Nitro Fun, Au5 and Juventa, Shingo Nakamura, Stonebank, and Varien, to name a few.

Beyond the music, Monstercat covered all their bases to ensure there’s something for everyone during their celebration!

Next up, they partnered with Animism Studios to create the first record label 3D influencer. That’s right, their iconic mascot will be enhanced to show its distinctive personality and will be able to join live events, appear on streams, and more. (Check it out by watching the video for Pegboard Nerds’ “Shaku.”) And speaking of live streams, on July 3 at 12 pm PT, Monstercat will also be celebrating its momentous 10-year mark with a worldwide live-stream event on Twitch. This five-hour event brings together 10 artists from around the world including the likes of Justin OH in Korea, A.M.R in Qatar, and Mazare in Italy to further Monstercat’s globally diverse community.

One of the most unique aspects of Monstercat is their affiliation with the gaming community so, of course, part of the celebration has to include this space! On July 5, Rocket League will launch the Monstercat 10 YR Fan Pack which includes nine new Player Anthems from artists including Marshmello (check out the full list on their website). Additionally, on July 6, Monstercat Lost Civilization will be dropped on Roblox, marking the first experience designed around a record label in the game’s history.

These events are just the tip of the iceberg as additional 10 Year Anniversary announcements are still to surface with partners such as Apple Music, BBC Radio, Spotify, Team Liquid, TikTok, and more throughout the month of July – so follow their socials and keep your eyes peeled. Listen to Monstercat – 10 Year Anniversary on Spotify or the platform of your choice, and let us know if you plan on celebrating with them this month in the comments!