Apashe announces his return to the stage with the news of his Renaissance Live Tour and transcendental tune “Time Warp.”

Apashe is a musical genius you’ve surely already heard of if you’ve immersed yourself in the bass scene. He brings together the completely opposite worlds of classical music and trap and spins them up into beautiful works of art. Previously, he’s blessed his fans with masterpiece releases such as the epic Renaissance and Copter Boy albums, as well as a flurry of banging Distance Remixes as well.

With so much talent, this madman wasn’t going to leave his faithful following empty-handed after the past year, and now he’s gifted them with some treats. His newest single, “Time Warp” is quite the mind-blowing, soundtrack-like tune that was much needed to help everyone break out of the funk of 2020. It brings an ominous sense of anticipation, similar to what many have felt in recent months, and the siren and vocals by Sami Chaouki act as an alarm that prepares listeners for more from Apashe in the future.

Paired with the jaw-dropping release of “Time Warp,” Apashe also announced details about his Renaissance Live: USA Tour, which is coming in the fall. Kicking off on September 17, he will touch down in cities including Los Angeles, Denver, New York, Portland, Atlanta, and Seattle during the course of its run. This will be the best opportunity to catch his mystical style live and in person for the first time in a long time, so don’t sleep on grabbing tickets.

Don’t miss the opportunity to experience the soundtrack of your life when Apashe comes to a city near you. Listen to “Time Warp” on your preferred platform, purchase tickets to the Renaissance Live Tour on his website, and leave your thoughts on the track below. 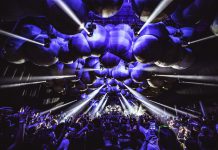 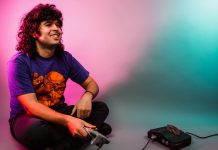 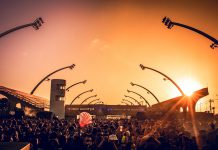 Time Warp Announces Editions in Germany and Brazil for 2022