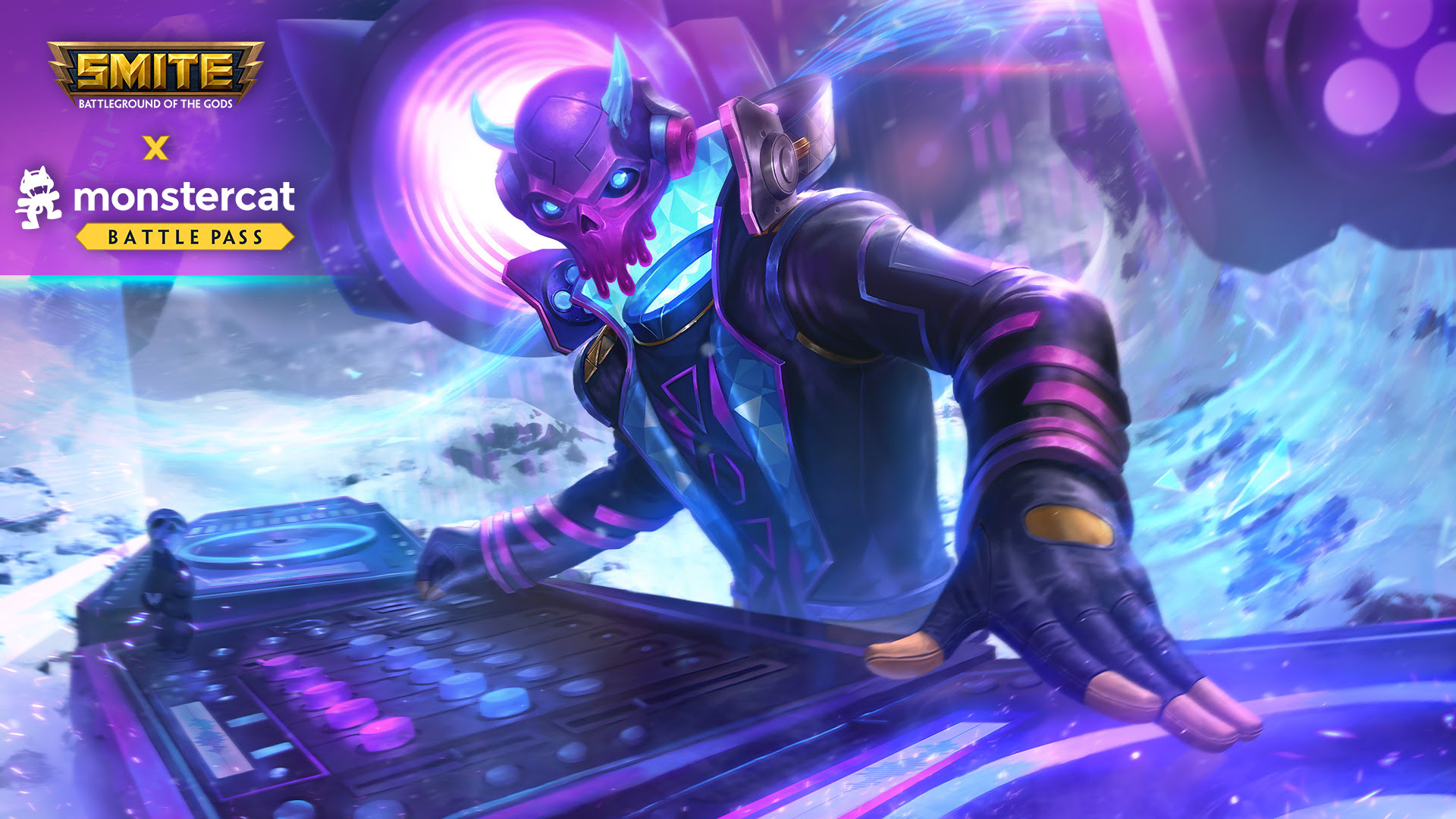 Monstercat continues its expansion into the video game world with its announcement of the SMITE Battle Pass available next month.

Known for its star-studded roster of who’s who electronic music artists, independent label Monstercat has announced its latest e-sports partnership, this time with SMITE. Starting next month, players of Hi-Rez Studios’ acclaimed Multiplayer Online Battle Arena (MOBA) game will be able to purchase the Monstercat Battle Pass which features music from Slushii, Noisestorm, Sullivan King, and more. As part of the Monstercat Battle Pass package, there will be music themes, character skins, and more that allow each player to add a customized twist to the SMITE universe based on the Monstercat roster.

Set in a fast-paced MOBA on a virtual battleground ruled by gods from Greek and Roman mythology, the Monstercat Battle Pass is an interactive feature that uses the Monstercat catalog to complement the game’s themes and motifs. Starting with the four Music Theme options, purchasers on all of SMITE‘s platforms (which includes Microsoft Windows, PlayStation 4, Nintendo Switch, and Xbox One) can replace the default soundtrack with Monstercat anthems. Who doesn’t want to take down their online enemies set against Noisestorm’s “Crab Rave“ or explore new side quests to the tune of Koven‘s wistful “Give You Up”?

The Monstercat Battle Pass skins will also be a delight for dance music fans.

Ever wondered what Hades would look like performing a DJ set, replete with turntables and Monstercat speakers? Want to see formidable scarab god Khepri turned into a dancing crab? All this is the mere tip of the iceberg that is Monstercat’s new offerings in this arena. Even each transformed characters’ ability sounds will be replaced with dance music sounds and synths, like DnB and tropical house!

Other fun surprises in store for SMITE‘s Monstercat Battle Pass purchasers, including the option to replace the game’s narrator with Sullivan King’s voice and launching dancing crab fireworks. These announced features are amongst other unannounced Easter Eggs that we’re sure that Monstercat will playfully rollout as a reward for the truly avid fans out there.

Though this is Monstercat’s first branded partnership with SMITE, it comes as no surprise, as it is one of many moves the brand has made to work with companies in this space, akin to their partnership with Twitch’s Affiliate program. Thereby establishing the company not just as an important record label, but as an organization that pushes for innovative opportunities for its rosters and curates unique, personalized offerings for its fans. Stay tuned for more to come from Monstercat in the future!