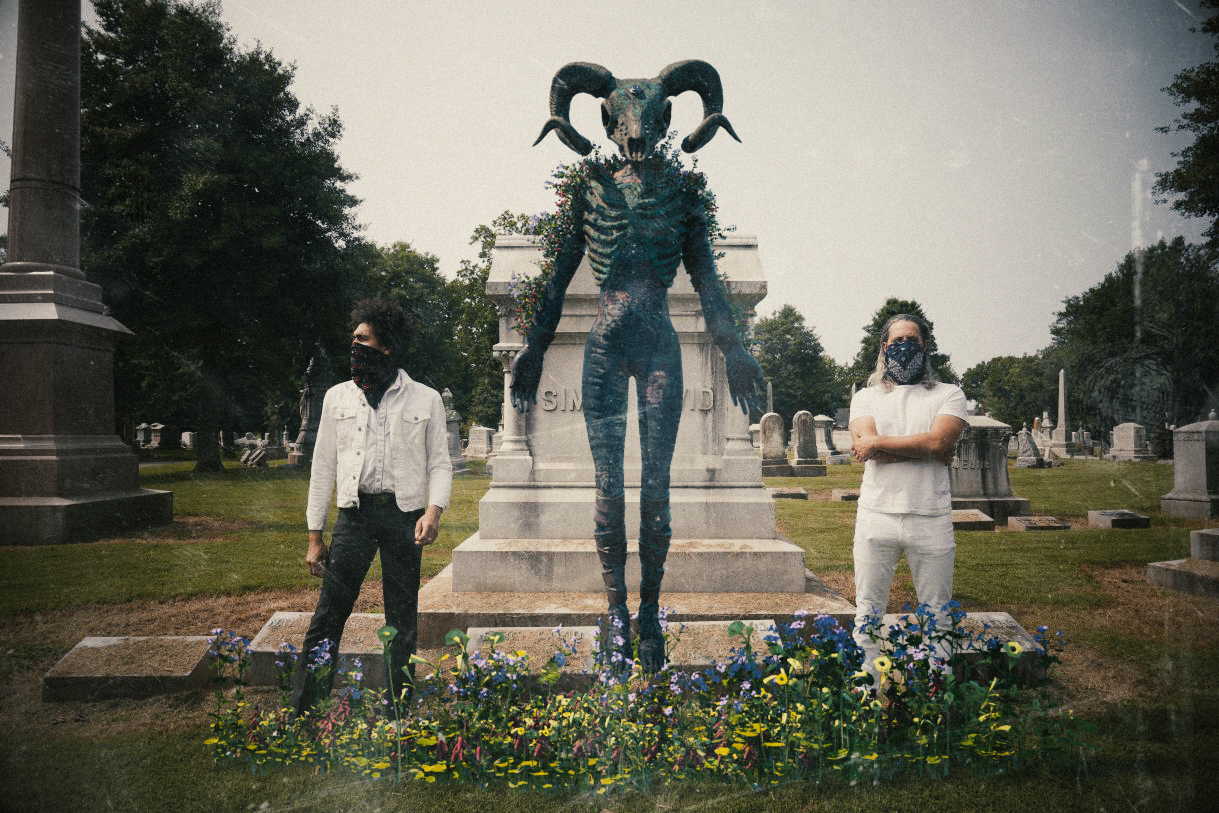 This past year has brought the music industry a lot of “firsts” from digital festivals and drive-in raves to interactive virtual reality worlds. Now, Strangeloop Studios is introducing one of the most exciting endeavors to date — one that could alter the course of live performances far beyond quarantine-times: the first-ever all-virtual label, Spirit Bomb. It all started at the Burning Man 2020 digital festival, where an electronic artist named Xen threw down a mind-bending experimental set. The trippy visuals and immaculate vibes were on-par with Burning Man’s traditionally mind-blowing offerings — but one thing really set this performance apart from any other: Xen isn’t human.

Xen was the first virtual artist on the Spirit Bomb label, emulating the performance medium of artists such as Hatsune Miku and the Gorillaz. But Spirit Bomb is more than just a label and their characters are more than just performers. Strangeloop created an entire virtual world for their characters to co-exist and interact in, complete with a narrative of their origins and missions. Each of the characters was sent back from a not-so-distant, post-apocalyptic future in order to warn humanity about its future demise in an effort to save humankind. The concept feels similar to that of a video game, mixed with a sci-fi movie — adding an intriguing dynamic to the experience for listeners.

In this virtual world, the technology sector becomes corrupted by capitalistic interests, eventually threatening all humankind. A group of prodigious child scientists creates a super-intellectual AI called The Entelec with the goal to indoctrinate it with their combined knowledge and send it back in time to warn humans. As it was propelled through time, its consciousness was split into many pieces which when combined make up The Spirit Bomb Collective. Now, they are searching for one another so they can reunite and, ultimately, save the world.

With each performance, the virtual characters communicate with us through visuals and sound. Dubbed as “art without ego,” each character will have a ghost-writing producer, giving them their own unique sound (and human touch). The label is already hard at work creating new personas in tandem with a wide range of artists — some of the first being Nosaj Thing and Justin Boreta of The Glitch Mob. But you don’t have to wait for those projects to see what Spirit Bomb is all about because the second virtual artist of the Spirit Bomb Collective is already here with a fresh EP and a livestream — a guitar-playing demigod named Antifragile.

Listen to Antifragile’s first-ever communication on Spotify or your favorite platform. Read on for a deeper dive into the debut release and Spirit Bomb’s vision.

Antifragile’s propulsive, post-apocalyptic EP, Abraxas, was created in partnership with bassist Austin Fulbright of Trail of Dead and Midnight Masses.

In line with Spirit Bomb’s vision, Antifragile’s persona extends far beyond music — he has an intriguing backstory and a role to play in the virtual world of Strangeloop’s creation. Antifragile is a guitar-wailing demigod, born from the ashes of a post-apocalyptic world and sent back in time. Now, in the present-day, he roams his virtual world searching for connections to his mysterious past and communicating with listeners through visuals and music.

His first communications come to us through in the five tracks on Abraxas. “Return to Neverworld” sets an experimental tone — one where you can’t quite put your finger on the beat, but it just sounds right. To me, it sounds like organized chaos, which would be emblematic of Antifragile’s existence and perceptions of the world. The tempo picks up with “Creeping Dawn,” which is a little easier to digest, as it more closely relates to the music we listen to every day in tempo — although there’s still a unique, fringe vibe to the track. The title track, “Abraxas” takes us right back into a grey area, where sounds become discombobulated and vibes become darker.

“False Star” comes in with some minor notes on the piano, casting an ominous vibe, and hits you hard with erratic drums and electric guitar. Finally, “The Light Bearer” takes us into a much more chill, reflective and introspective vibe. Then, all the sounds seem to transform and mesh together, coming in and then fading away like a boomerang. At the end, we hear a child’s voice mixed with what sounds like a computerized one, or maybe, the demigod’s own voice itself.

Spirit Bomb transcends traditional record label expectations with this virtual world of digital personas that have intertwining stories and missions for fans to follow.

This vision brings a fringe medium of live performance to the mainstream, opening new doors for artists to express their creativity and explore their range of sound. The label iterates that these virtual characters are in no way intended to take the place of live performance, rather offer artists an alternative avenue of expression. The possibilities that come with an all-virtual label are endless, and we can’t wait to see what fire this ignites in the world of music, and beyond.