The Magician has reached a massive milestone with the release of Magic Tape 100 and is celebrating with 15 fresh tracks to feast on!

Since first debuting his Magic Tape series a decade ago, The Magician has curated dance anthems and showcased some of the best tunes to surface in the realm of house and disco. Now he’s carrying on that tradition and furthering the story of the series with some fresh tracks that sparkle brightly to celebrate the release of Magic Tape 100.

Available now for your streaming pleasure, Magic Tape 100 sees The Magician look to some of the artists who have supported him or have become part of the POTION Records family over the years. Notable names who grace the tracklist with exclusive tunes include Pat Lok with “Pardon My French,” Classixx with “Big Rhythm,” and The Aston Shuffle with “Clouds.” Of course, The Magician also added a special tune into the mix as well as he teamed up with CLYPSO for “One Vibration.”

Congratulations are in order for The Magician in hitting this milestone and we can’t wait to see what’s in store for future editions of the series. Be sure to stream Magic Tape 100 on your favorite platform and let us know what you think in the comments! 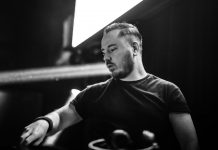 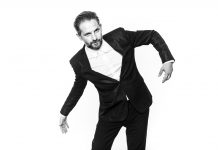 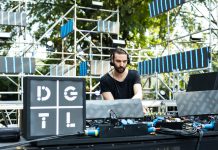