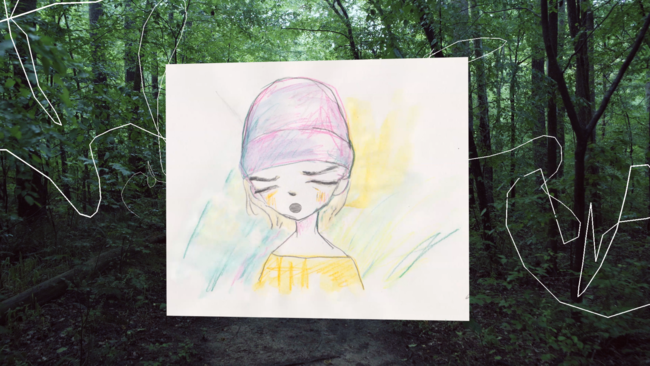 Porter Robinson takes us on an animated journey in the music video for his new single “Mirror” off his forthcoming album Nurture.

It’s probably safe to assume that 2020 hasn’t been the best year for anyone. That being said, it has been a pretty good year for Porter Robinson and his fans. Not only is there promise of his sophomore album Nurture looming on the horizon, but he’s also released a steady stream of singles and accompanying music videos to hold us over until then. Following “Get Your Wish” and “Something Comforting,” yesterday Robinson released a third music video for “Mirror,” his latest single off the forthcoming album.

In the music video for “Mirror,” Porter Robinson takes viewers beyond the LED screen used for the previous two Nurture videos to explore a whimsical forest. Also unlike the prior two videos, this time Porter is replaced with a hand-drawn animated character that mimics his own facial movements and sings the lyrics as we journey through trees adorned by doodles ranging from teardrops to fires.

As the viewer makes it out of the woods (literally and figuratively) and reaches a clearing at the end of the video. A metaphor for facing your own demons to become a better version of yourself, Porter’s latest release in the series of music videos is yet another brilliant reflection of the hardships he faced post WORLDS, and how he overcame them.

Although there’s no official release date for Nurture as of now, if the first three singles off the album are any indication, the next project from Porter will not disappoint. In the meantime, if you need me, I’ll be in my room playing around with this “Mirror” AR filter that’s similar to the one used to make the music video.

Stay tuned for more updates on Nuture by following Porter Robinson on Twitter, check out the music video for “Mirror” below or listen on your favorite platform, and let us know what you think in the comments!