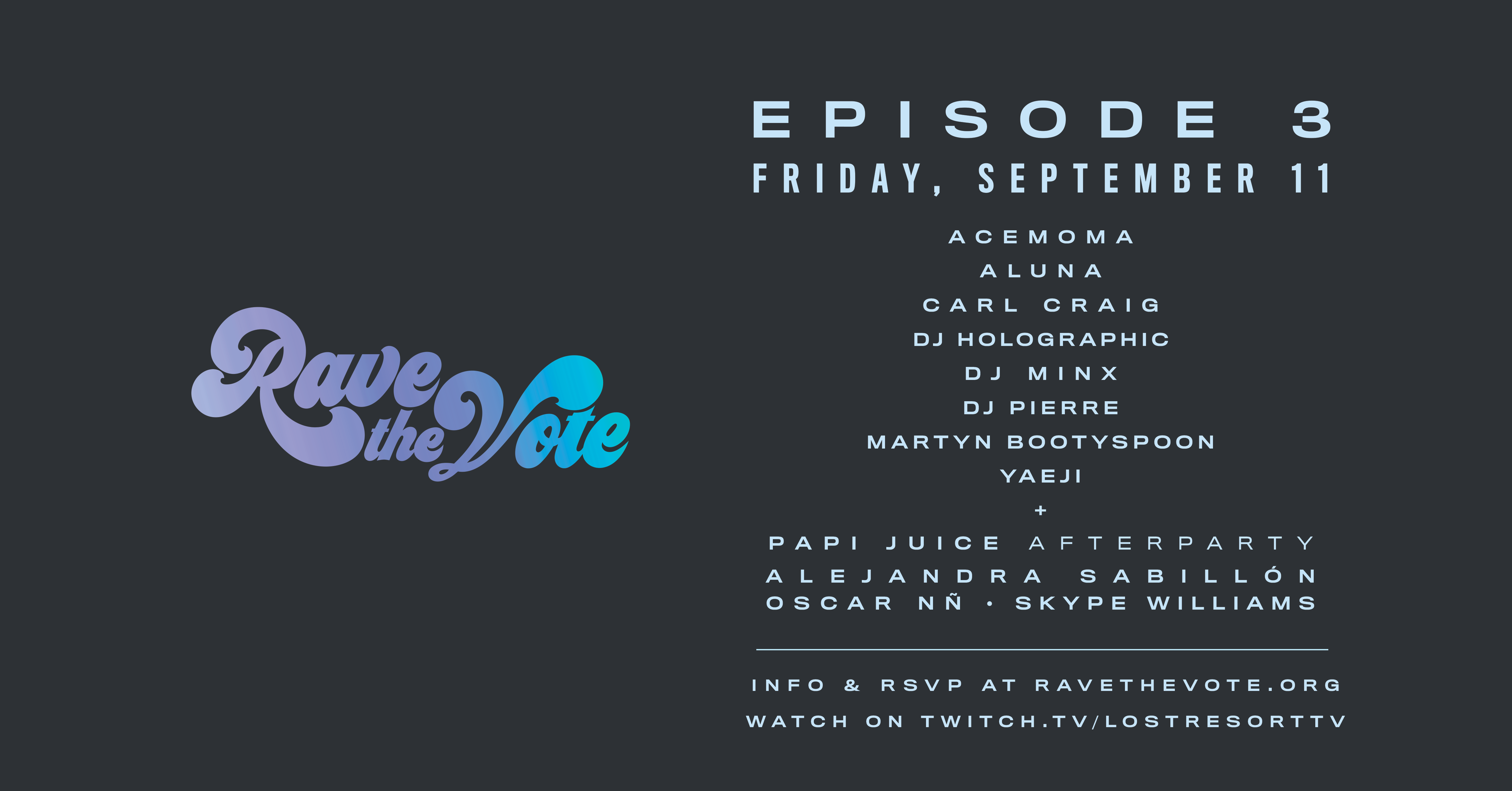 Looking for some fantastic beats to get your weekend off the right start? Lost Resort TV has you covered with Rave The Vote Episode 3!

One of the channels that have truly taken the livestreaming world by storm over the past few months is Lost Resort TV. While their weekly streams have been a treat, they also looked to encourage dance music lovers to get active during the upcoming elections in November with their Rave The Vote series. Hosted over four nights until the voting booths are open, the previous two episodes have been a digital dream, and the latest episode is looking to keep the vibes rolling strong!

Set to take place on Friday, September 11, the third episode of Rave The Vote features a number of fantastic artists who will be throwing down on Twitch all day and night. Kicking off the festivities is Martyn Bootyspoon at noon and from there, things will keep heating up with DJ Holographic, Acemona, DJ Minx, and DJ Pierre to get you through the day.

Once the late afternoon subsides there will be a flurry of sets you simply won’t want to miss as Yaeji, Aluna, and Carl Craig will take the stage and spin sets that will have anyone grooving away from the comfort of their own rave cave. And don’t fret if you’re looking to vibe out the rest of the night as well because the Papi Juice afterparty will satiate your cravings for more beats and carry you into the midnight hour.

Make sure to RSVP for the second episode, follow Lost Resort TV on Twitch to stay up to date on announcements, and don’t forget to drop a comment below with whose set you’re most excited for!