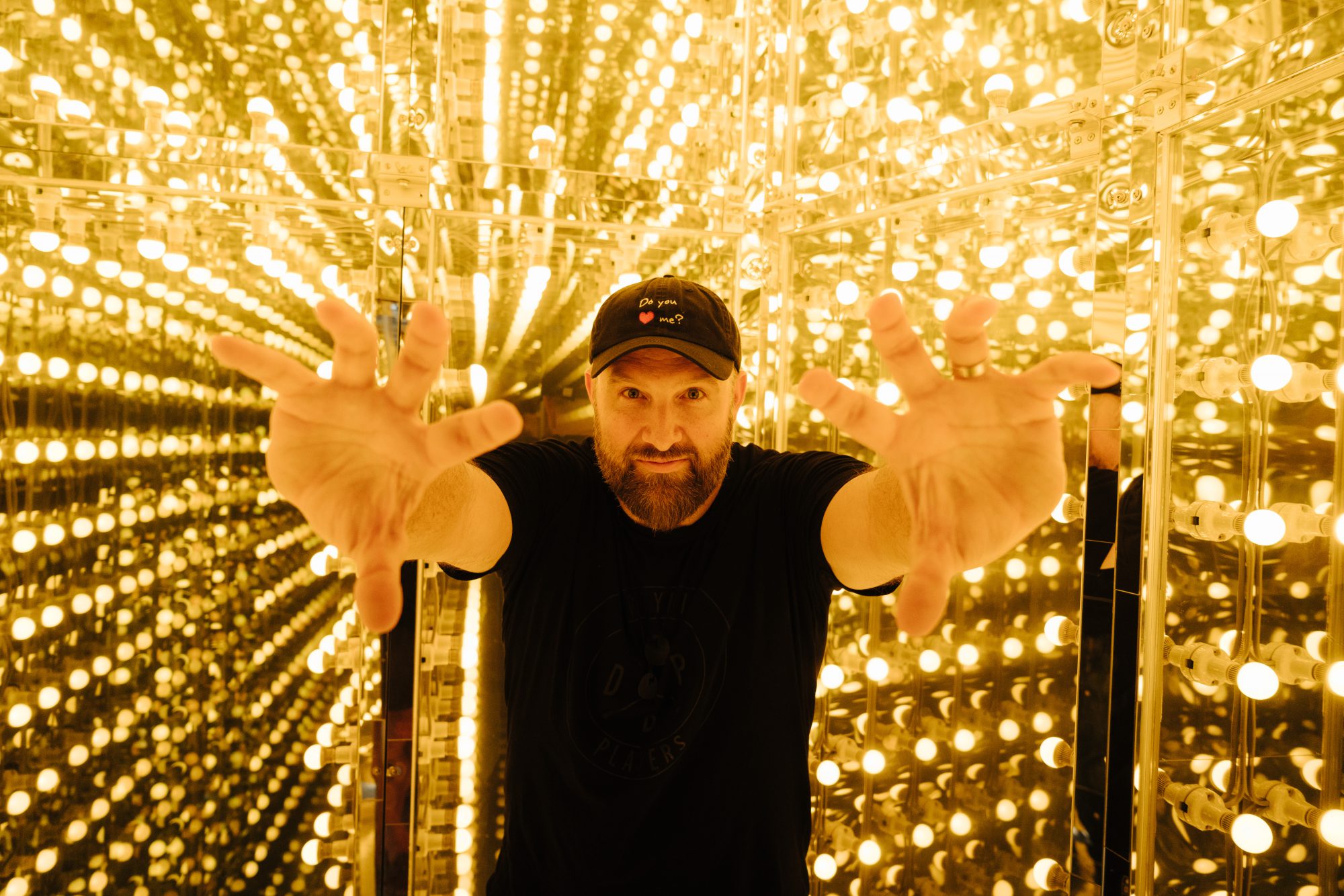 Claude VonStroke announces the forthcoming release of Freaks & Beaks while wetting our whistle with two singles and the first part of his docuseries!

Claude VonStroke has a lot to be proud of as over the past 15 years Dirtybird Records has grown from the little label that could into a flourishing community full of fresh innovative talent. In honor of the major milestone, Claude has slammed his foot down hard on the gas pedal with a slew of exciting announcements for 2020 including the completion of his fourth artist album Freaks & Beaks, set to rule the airwaves come February 21!

But that is just a snippet of what Claude has in store for us as he has his eye on cultivating the brand more than ever before with the release of a seasonal clothing line, a coffee table book which is clearly a nod to his collaboration with Bruno Furlan on “The Book Is On The Table,” as well as an informative docuseries shining a light on the development of Freaks & Beaks. In fact, we already have part one of the series, filmed by Claude’s sister Emily. Check it out below and then continue on for further details about Freaks & Beaks!

The book and album box set is available for pre-order via Dirtybird Shop and you can pre-order or pre-save Freaks & Beaks on your favorite platform!

Because Claude VonStroke loves his fans more than anything in the world, he has gifted us with not one but two hot new singles as we wait for the album to drop!

For his fourth studio album, Claude wanted to highlight the vast spectrum of the Dirtybird sound digging deep into his arsenal to craft something nostalgic yet fresh, using years of inspiration to guide the way. To set the stage we become privy to the massive character of Dirtybird with the sounds of “All My People In The House.” Claude then answers back with the deep vibe of “Youngblood,” a collaborative throwback with Wyatt Marshall speaking to the heart of the labels early days.

One thing that allows Dirtybird to stand out among the vast array of music labels is the unpretentious soundscapes that have a way of plucking us out of our conscious state. This is “All My People In The House” in a nutshell, a perfect display of nutty sound bytes, fan-friendly lyrics, and twists and turns that keep us locked in with raw curiosity.

Moving straight into the throwback that is “Youngblood,” Claude and Wyatt Marshall show us that they know just how to keep things extra sultry and sexy. This is the type of tune that bonds perfectly with a chill day in the park with friends, a warm beachside escape as you watch the gulls fly overhead, or an early morning meditation session as you watch the sun rise slowly above the horizon.

So there you have it. For Claude VonStroke and the Dirtybird family 2020 is going to be their biggest and best year yet.

With two new singles to sink our teeth into as well as an ongoing docuseries that brings us straight into the heart of the beloved leader of the flock, and an album celebrating 15 years of Dirtybird madness, the once basement record label has officially smashed all expectations. But there is still one last piece of news to announce……

If you are in Los Angeles on Tuesday, February 18, Claude VonStroke cordially invites you to join him at his Dirtybird Art Show & Album Listening Party! The event runs from 6 pm – late and will be held at 1700 Naud St, Los Angeles CA, 90012. Be there or be square!

In addition, the Freaks & Beaks tour officially kicks off in Detroit on February 7, 2020. Check out the initial list of tour dates below and stay tuned as there are more dates that have yet to be announced!

Head on over to claudevonstroke.com to secure your tickets! 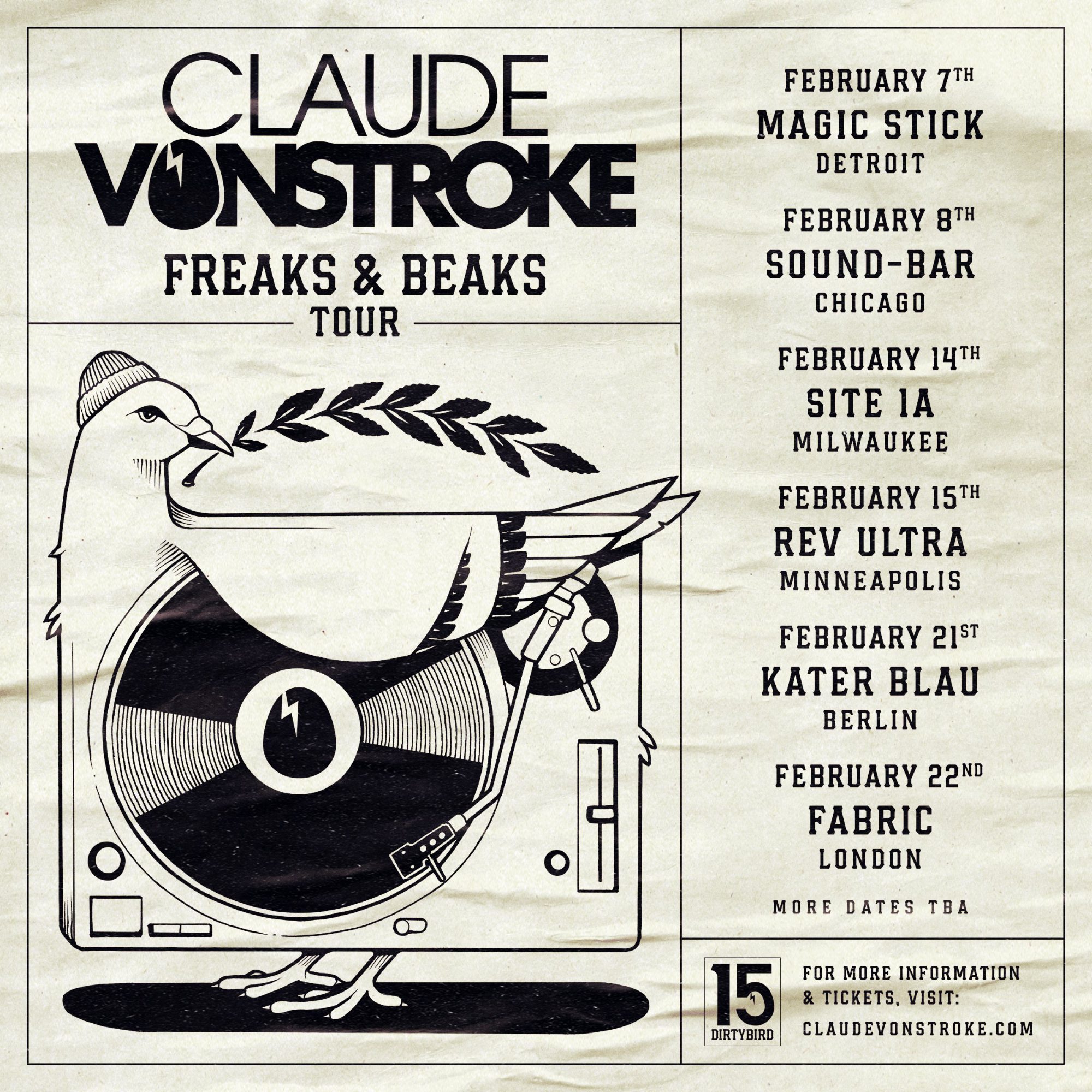