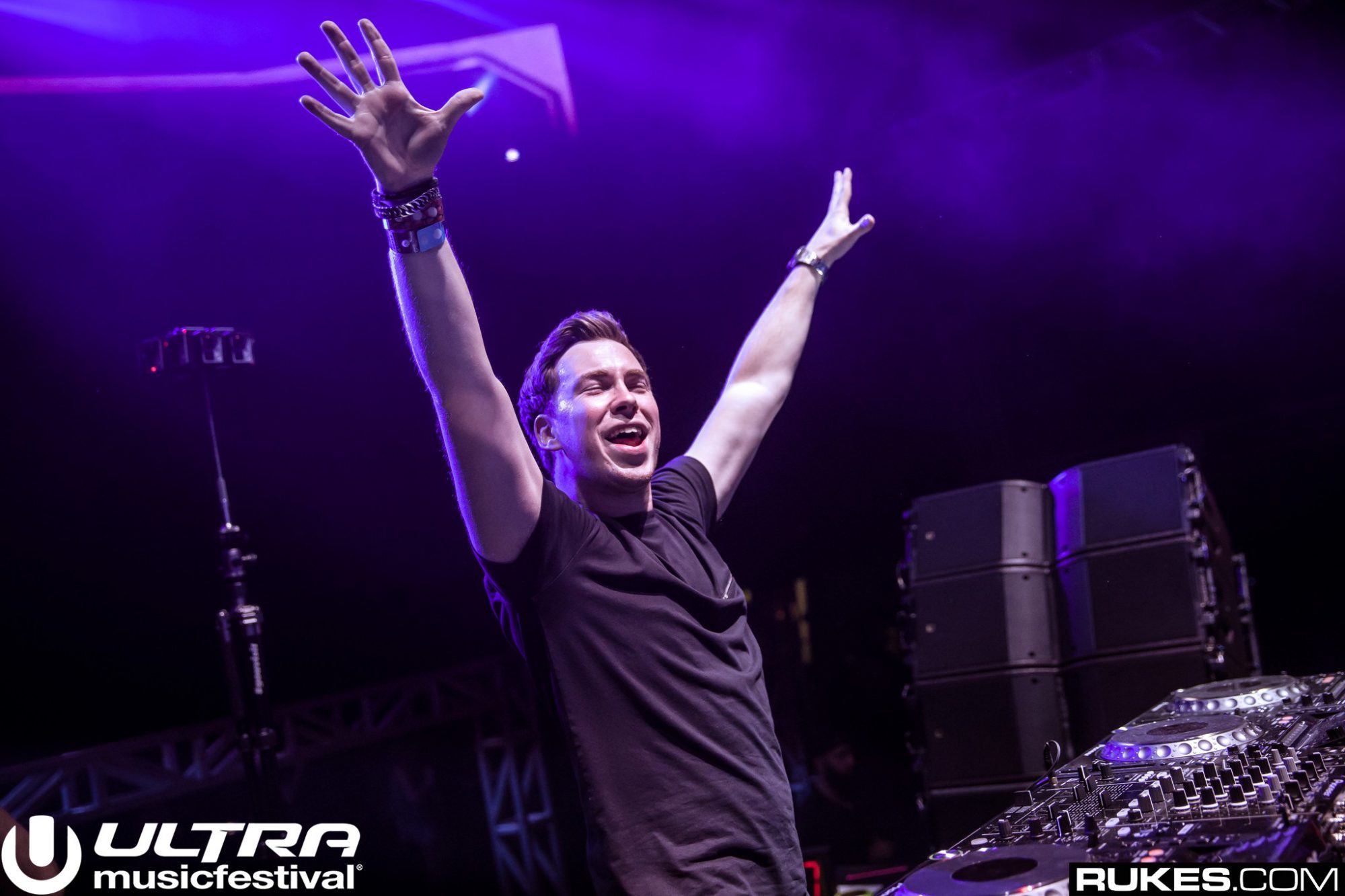 Hardwell has been one of the most dominant forces in dance music this decade, so we’re taking a look at his story and some of his all-time greatest tracks!

Hardwell is an artist that all electronic music fans from the past two decades should recognize. Starting out as a hip-hop DJ, he took off in popularity just a few short years after and grew to establish himself as one of the biggest names in dance music with his blend of electro and progressive house.

Although Hardwell’s career truly blew up in 2012 with “Spaceman,” he was releasing groundbreaking tunes well before then. His first record deal came in 2002, and he has plenty of original releases, collaborations, and remixes dating back to 2006 as well. Going the extra mile to launch his own label, he formed Revealed Recordings in 2010 and it continues to be a powerhouse in the scene to this day.

With such a long and decorated career for Hardwell, we were inspired to gather some of our favorite and most career-defining tracks. Follow along with our playlist below and take a look back at where it all began to learn how his sound has developed throughout his career.

Listen to The Essential || Hardwell Playlist on Spotify:

The story of Hardwell begins all the way back around the year 2000 when Robbert Van de Corput was performing locally as a hip-hop DJ.

He soon transitioned to electro and earned his first record deal from Digidance in 2002 at the age of 14. He became popular in his hometown of Breda in The Netherlands, the same city that Tiesto was born in, and subsequently began to tour across the continent.

Hardwell began to officially release singles under the alias in 2006, with releases like the Soca Funk EP coming under Digidance. Tracks like “The Mirror“ capture a much different sound than we’re used to today, but the melodies and club vibes are still strong.

Hardwell’s popularity continued to grow towards the end of the decade after remixing one of the dance scene’s hottest tracks.

His remix of Steve Angello and Laidback Luke’s “Show Me Love” featuring Robin S was featured on the official remix EP. Much like today, Hardwell’s releases were consistent – he was always bringing new and exciting tunes to the table. He was also collaborating with other huge artists at this time like R3hab, Sunnery James & Ryan Marciano, and Fedde le Grand.

After Tiesto invited Hardwell on stage at one of his performances in 2009, Hardwell’s career really started to take off. His remix of the iconic track “Lethal Industry” solidified his skills in creating a driving electro and progressive sound. He also started Revealed Recordings in 2010, which is still churning out hit records in the genre nearly ten years later.

While Hardwell was now in charge of his own label, the new releases kept coming with some of his biggest collaborations and releases.

He teamed up with Chuckie and his Dirty Dutch imprint for “Move It 2 the Drum” in 2010, and with the following year came “Zero 76” with Tiesto on Musical Freedom. Now having fully mastered his style, he started to come out with his most festival-ready music yet. “Encoded” and “Cobra,” both released under Revealed, perfectly capture the electro scene at that time. However, he always kept a progressive feel in many of his tracks, as evidenced in his edit of “Passion” by Jake Shanahan & Sebastien Lintz.

Then, in 2012, Hardwell took us beyond Earth’s atmosphere with the release of “Spaceman.”

“Spaceman” is widely considered to be one of the biggest big room house tracks ever released. It changed the game and helped bring dance music into the mainstream market it enjoys today. Soon after, Hardwell teamed up with Showtek for one of their first adventures out of hardstyle and into the big room sound. “How We Do” is like a time machine back to the 2012 scene; the big supersaw progression and festival-ready drop make it an absolute classic.

While he had the ability to make any crowd jump up and down, he started to develop an incredibly emotional and powerful side to his music as well. This can be heard in Hardwell and Dannic’s rework of Example’s “Say Nothing“. Next came his best yet, and maybe ever: “Apollo” featuring Amba Shepherd. After the spacey, emotional intro, “Apollo” catapults into an epic arrangement that lasts several minutes followed by Shepherd’s emotional verse. It will be remembered as one of the best dance music tracks of this decade and will always be my favorite Hardwell song.

Continuing his rise to the top of the scene in 2013, he kicked off the year by collaborating with Dyro on “Never Say Goodbye”.

The production team of Hardwell and Dyro deliver on the beat, while vocals from Bright Lights deliver inspiring, meaningful messages throughout the track. 2013 was a year of big festival anthems, and “Never Say Goodbye” one often gets overlooked when looking back at the best tracks of that era.

“Countdown” with MAKJ laid the foundation for Martin Garrix’s 2014 worldwide smash “Animals” and the big room house explosion that happened with it. You’ve probably sung along to the track at a show somewhere before as the “10, 9, 8, 7…” vocals have been used in countless sets since its release.

He helped usher in the end of the year with another vocal stunner dubbed “Dare You”. The tune saw him team up with Matthew Koma who was featured on a string of incredible hits during this era. This one is a powerful PLUR-filled track daring you to love, feel, and cry while we’re all together here on this needle in the sky.

More recently, Hardwell has continued to explore new styles while teaming up with some fresh faces along the way.

Hardwell has never been shy about his love for hardstyle, often ending his sets with some hard dance tracks. He’s also dabbled in releasing some hardstyle tunes – most notably, “All That We Are Living For” in 2017. A collaboration with Atmozfears, this track showcases the uplifting tone that both producers are known for.

Timmy Trumpet and Hardwell hit the studio in 2018 to release a powerful track dubbed “The Underground” which is a pleasant surprise. It takes some of the best production qualities of both artists and produces an energetic festival song.

Creating lifelong memories and embracing your emotions is the message within JGUAR’s lyrics on 2019’s “Being Alive,” and Hardwell’s piano progression and suspenseful chords within the intro instantly set the tone for the song. Finally, one of his more recent releases, “Chase The Sun” features big chords and a melody that only Hardwell and Dannic could perfect. Combined with lyrics from Kelli-Leigh and a festival-ready drop full of good vibes, this is one of Hardwell’s best releases in recent years.

While Hardwell has recently taken a break from touring, he and Revealed Recordings continue to dominate the scene.

Hardwell’s final release of 2019 was “Go To War” with Suyano and 2020 is sure to feature plenty of other new tunes from the legendary artist as well. Additionally, Revealed constantly hosts releases from established artists like Thomas Gold and up and comers like Jimmy Clash.

Last year, Hardwell announced that he was taking an indefinite break from touring and many in the scene are patiently awaiting his return to the stage. In the meantime, we’ll keep enjoying over ten years of genre-defining music from one of the all-time greats.

As the dance music scene continues to grow and develop, Hardwell and his label will always be leading the way as one of the most important ones to watch. Already having a long and established career, expect Hardwell and Revealed Recordings to stay at the top for a long time.

Connect with Hardwell on Social Media: