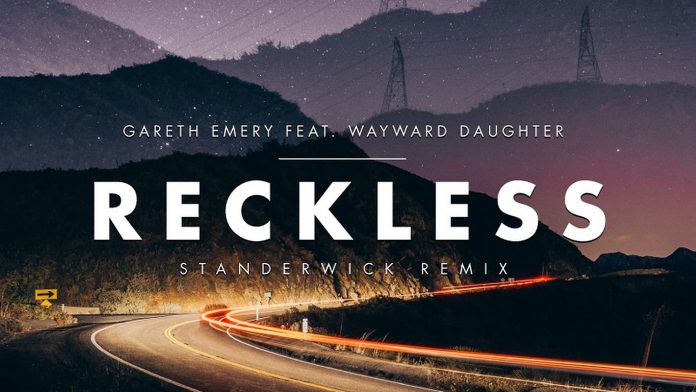 With Dreamstate SoCal just around the corner, let’s take a look back to when Standerwick took Gareth Emery’s “Reckless” and turned it into an absolute scorcher.

The year is 2016 and Gareth Emery is still riding the high of his twice won A State Of Trance: Track Of The Year in 2012 and 2014. In the spring, Emery releases the full-length album 1000 Reasons To Live, featuring huge timeless uplifters such as “Lost” and “Far From Home”. The subsequent remix compilation of the album brought new takes on these tracks, one of them being Standerwick‘s relentless remix of “Reckless” which immediately shot to #1 on the charts as well as hearts of trance lovers everywhere.

2016 was the year I had gotten into electronic music but until I heard this track I hadn’t really found my “home” genre. Everything about this track spoke to me. The huge melodic breakdown, the emotive lyrics, and the energetic buildup to a slight pause in melody to emphasize the euphoric drop. My heart wept more than it did for any other track I’d ever heard before. It’s a gorgeous track that was groundbreaking, getting support from huge trance artists like John O’Callaghan, Armin van Buuren, RAM, and \more.

I vividly remember getting goosebumps the first time hearing this track live.

The roar of the crowds belting out the powerful lyrics, the absolute insanity of the crowd during the huge drop after the extended buildup. To this day, this track still reigns as one of my favorite tracks ever. There aren’t many tracks that would make me go as nuts as this one does and Dreamstate SoCal is bringing both artists to the event, so I’m hoping there’s a chance of this being dropped!

Pulling away, pulling away, pulling the truth out of me
Watch it unravel, coming apart at the seams
You’ve seen darkness and rain, heartache and pain, nothing but memories left
You’re the only mistake that I know I will never forget
All these things that I’ve done, the battles I’ve won. They’ve taken the fight out of me
A twist of the knife, now I’m just watching you bleed
You knew from the start this could tear you apart If only you’d just let me be
You said we could be better but I know it’s better for me

Why did you trust me, oh It’s something so precious
Oh, why did you love me, oh I’m sorry I’m reckless
Why did you?

Why did you trust me, oh It’s something so precious
Oh, why did you love me, oh I’m sorry I’m reckless
Why did you?