Another festival bites the dust as Atlanta’s Shaky Beats Festival took to social media earlier today to announce that they would not be hosting an edition in 2020.

Becoming a fixture in the Atlanta festival scene since their debut in 2016, Shaky Beats Festival offered up a weekend of fun for all who attended in May each year. Filling a void that came from the departure of TomorrowWorld and Counterpoint from the scene in Georgia, it became a go-to event for many looking to get their dose of dance music.

In a sudden announcement today, Shaky Beats’ organizers took to social media to drop the news that the festival will not be returning in 2020. In a brief post to their accounts, they thanked their fans for attending and dancing over the years but offered little else as to why they’ve called it quits.

Originally hosted at Atlanta’s Centennial Olympic Park, Shaky Beats moved to Central Park for their editions in 2018 and final edition in 2019. The festival also played host to a bevy of talented artists that varied in both style and size over the course of their run. Those who attended were able to catch some of the biggest names in dance music like Martin Garrix, Zedd, and Kaskade, along with other talented artists that ranged from Rufus Du Sol and Lane 8 to Boombox Cartel and The Funk Hunters.

The past few years have been especially tough for festivals and clubs and we’re sad to see Shaky Beats become another casualty. While the organizers did specify 2020 in the post, no indication has been made that it will return after a brief hiatus like Okeechobee.

Check out the official post from Shaky Beats Festival and leave a memory you made in the comments:

Did you attend Shaky Beats during its run in Atlanta? Let us know what your experience was like in the comments below! 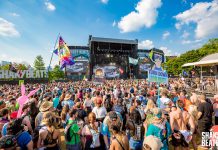 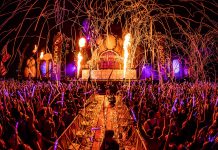 Get in the Zone for Shaky Beats 2019 with Our Spotify Playlist! 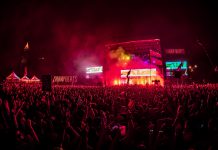